The Oldest Music Festivals Across the Globe

As we reach the end of the decade, there are now over 500 music festivals happening in the UK alone every year. With the exciting increase of interest in festivals and their subculture in the past decade, it's interesting to look back at the festivals that have been here for longer. With events such as Glastonbury reaching it's 50th Anniversary in the new year and Coachella only just turning 20, we looked into what were the longest-running music festivals that are still providing.

With its inaugural event happening in 1967, the new year marks the festivals 54th birthday. Held in Montreux, on the shoreline of Lake Geneva, Switzerland, it was originally held in a casino (which burned down in the mid 70s). Having originally catered exclusively to jazz musicians such as Miles Davis and Keith Jarret, it began to opening its doors to rock music, alongside blues and soul, inviting bands such as Pink Floyd and Led Zeppelin to its annual event, which has grown from three days to two weeks.

The Montreux Jazz Festival will happen on the Lake Geneva Shoreline, Switzerland on 3-18th July 2020

This festival can claim a Guinness World Record as the 'Largest Music Festival', attracting between 800,000 and 1,000,000 people to its stages. It was conceived in 1968 by the then Mayor Henry W. Maier, who was inspired by Germany's Oktoberfest. It is held in the Henry W. Maier Festival Park, Milwaukee, USA. Since 1970, it has been held at the Nike Missile Site, which is 75 acres, holding 12 stages with over 1000 performances.

Known by many as festival royalty in the UK, Glastonbury is one of the most recognised and celebrated music festivals in the world. Celebrating it's 50th anniversary in 2020, the festival began much like Woodstock as a free festival created by a subculture which supported peace and love. It has now progressed to a five day festival which has been the hub of many political movements and historic performances, with artists such as The Who, David Bowie and Pink Floyd gracing its main stage. 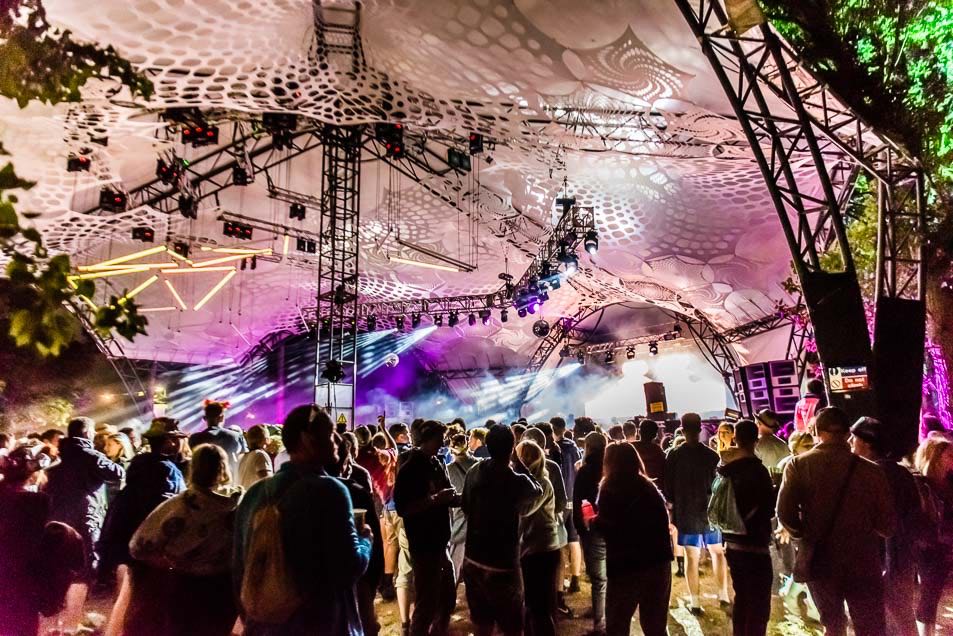 Roskilde is another festival which marks its 50th birthday in 2020. Held in Roskilde, Denmark, this music festival is known for its lineups, offering a week of a multi-genre music, with artists from pop, rock, electronic and urban music. Surprisingly, It was originally started by two high school students, Mogens Sandfær and Jesper Switzer Mølle and promoter Carl Fischer. In 1972, it was taken over by the Roskilde Foundation who has ran it ever since. It was originally inspired by the hippie movement, making it one of Northern Europe's first 'free love festivals'. The festival is unique in that since 2014, it allows participants to choose what charities it will support with the money made from the festival.

Roskilde will be held in Animal Showgrounds, Roskilde, Denmark from 27 June - 4 July 2020. 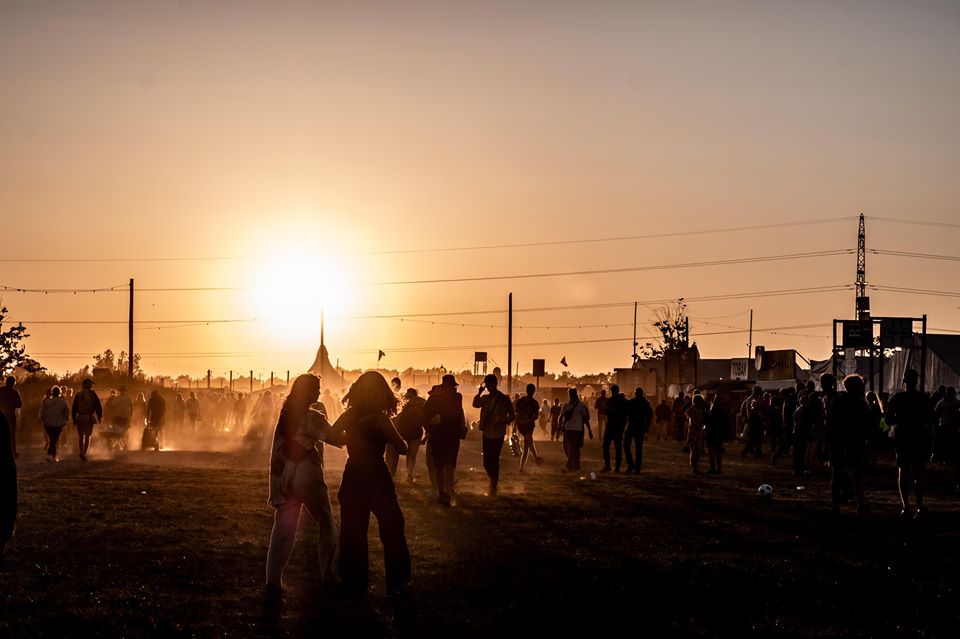 Pinkpop, which is held in Megaland, Landgraaf in the Netherlands every year, is known as the longest-running pop music festival. The festival takes place over three days, with only 60,000 people allowed to attend each day to prevent overcrowding. This meant that for six consecutive years, they quickly sold out all their tickets. Over the 49 editions, there have been over 800 acts to perform at the event.

Pinkpop will be held in Landgraaf, the Netherlands from 19-21 June 2020

Reading and Leeds are a pair of annual festivals which take place simultaneously, with artists moving between the two locations over the three days. Many of the UK’s most successful pop and rock bands have played at the festivals, such as The Rolling Stones, Fleetwood Mac, Deep Purple, Iron Maiden, The Cure and Arctic Monkeys. Originally a jazz festival that began in the late 50s, it has gone through many transformations before it became the modern festival we know today. Leeds joined in 1999 due to increasing demand and expansion of popularity for the concert. Since then, over 800,000 people attend each event over the August Bank Holiday every year. 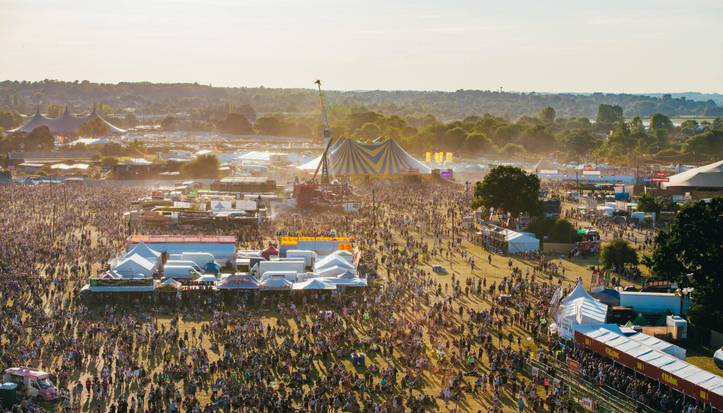 What began as a simple arts and music festival in 1971, has grown into one of the largest festivals in North America. It was originally a city funded festival called the 'Mayors Art Festival' which was created to help lift the spirits of the locals during an economic depression. The festival has since grown to welcome artists from all genres, at the Seattle Centre which facilitates 74 acres of land with both indoor and outdoor stages.

Recent Headliners: The Lumineers, Tyler, the Creator, Lizzo, The Chainsmokers

Bumbershoot will be held in Seattle, Washington from 4-6 September 2020 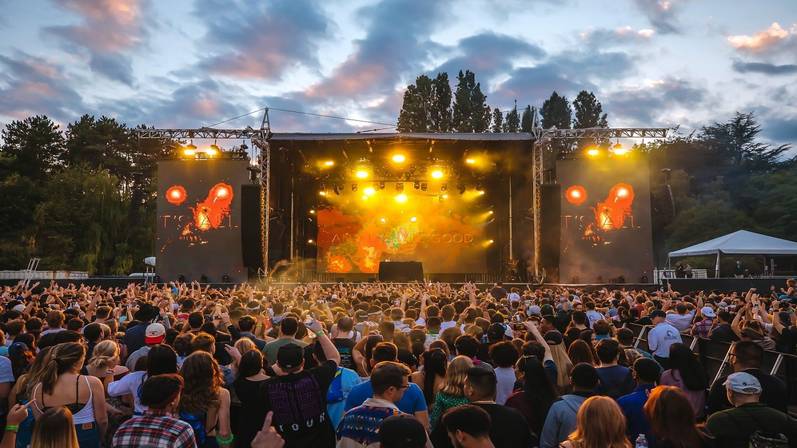 Filling the small town of Bourges for over 40 years with the sound of alternative and indie music. Every springtime people from all over France to see over 60 shows with 200 artists on 13 stages over the week. well known artists and young talent. A notable performance is Jean-Michel Jarre in 2002.

Every spring, people from all over France and it's surrounding countries flock to the small town of Bourges to experience the sound of french alternative and indie music. With over 60 shows, accumulating 200 artists across 13 stages in a week, the festival is one of the countries most popular, supplying well known artists with young talent.  A notable performance is Jean-Michel Jarre in 2002 which was filmed and can be viewed worldwide.

Originating in Rio de Janero, the festival has now branched to further locations such as Lisbon, Madrid, and Las Vegas. Since 1985 there have been 8 incarnations in Brazil, with the most recent being in 2019. It owns it’s name as one of the largest music festivals in the world, with 1.5 million people attending it’s first event which saw Queen and AC/DC attend. The next Brazil event will be in 2021, with the 2020 edition in Lisbon, Portugal. 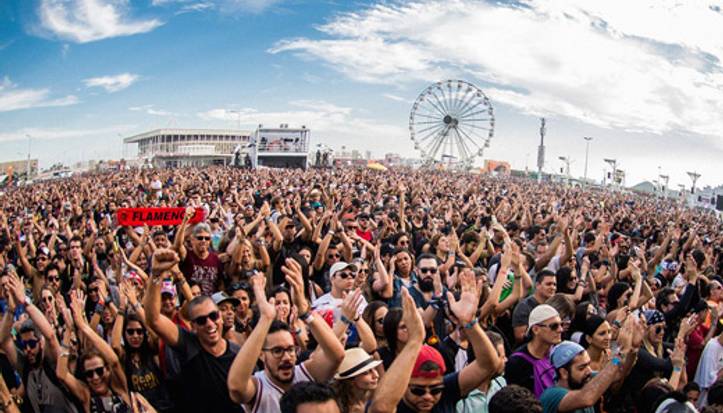 Originally inspired by the UK's Reading and Leeds Festival, the originators of Lollapalooza were intent on creating one of the most iconic festivals in North America. And that they did. With the original flagship estival making its home in Chicago, Lollapalooza welcomes 100,000 people every day over the four day event. It first ran from 1991-1997, with a revival in 2003, which is still going now, it's considered one of the longest running festivals in the US. 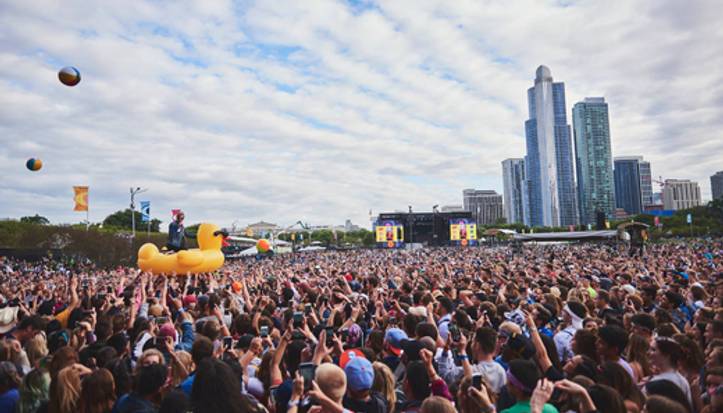 While not dating back as far as some on this list, Mysteryland is known as the first festival of its kind, which was to offer exclusively electronic music. In a time where many raves were still illegal, the festival was a pioneer. The original line ups saw Buzz Fuzz and The Prophet, but nowadays you see top their dance music and EDM DJs hit the stages. Held in Amsterdam in August, this continues to be one of the best EDM festivals in Europe.

Mysteryland will be held in Amsterdam, Netherlands from 28-30 August 2020