The Netherlands is known by many as the birthplace of electronic music festivals, however with hundreds of festivals happening every year, they offer so much more than just dance music. Mysteryland was the first festival of its kind in The Netherlands, but many also flock to festivals such as Best Kept Secret and Milkshake to experience more than just DJs, but a fully immersive journey.

Even though it is one of the smallest countries in Europe, it boasts some of its best festivals, with people travelling from all over the world to Amsterdam, Utrecht, Rotterdam and more to see their favourite artists in the most creative ways. The Netherlands is the best place to go to experience classic music festivals in an entirely new and genre busting fashion.

Created in 1993, this festival was the first of its kind in The Netherlands to offer exclusively dance and electronic music. Since its debut it has moved all over the country, but now is traditionally held at the end of August in Haarlemmermeer, where it has been since 2003. Since its conception, the festival has seen some incredible DJs take the stage and has grown from a one-day event to a three day festival with camping, as well as expanding to overseas editions held in the USA and Chile.

ASOT: A State of Trance

What started off as a radio show hosted by Armin van Buuren and Reuben de Ronde – first aired in 2001 – has now grown to a one-day event admired by people worldwide. As pioneers of bringing trance music to the mainstream, they host events across the globe; the ASOT brand is now synonymous with offering the biggest and best lineups of trance superstars. And at the spiritual home in Utrecht, they create an uplifting and euphoric space to celebrate the sounds of the genre.

When & Where: TBA; Utrecht 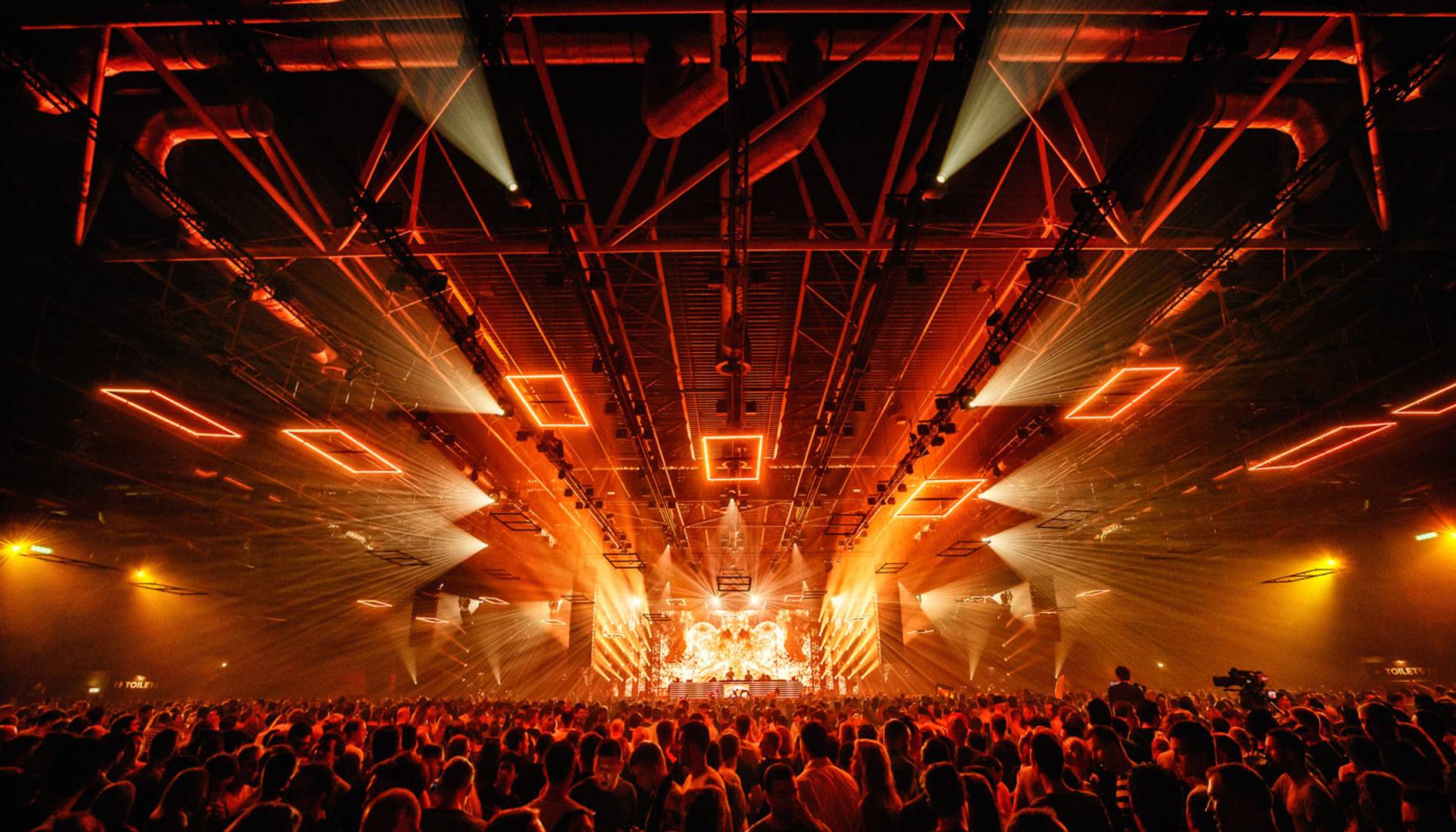 Since 2013, Best Kept Secret have developed an enviable reputation for curating killer lineups of the finest alternative music talent. Held in Safaripark Beekse Bergen, the centrepiece of the festival is the lake, which also includes picturesque beaches and green fields. Heading into its eighth year, the festival is well-respected by even the most discerning of music fans, and attracts over 15,000 people each day. 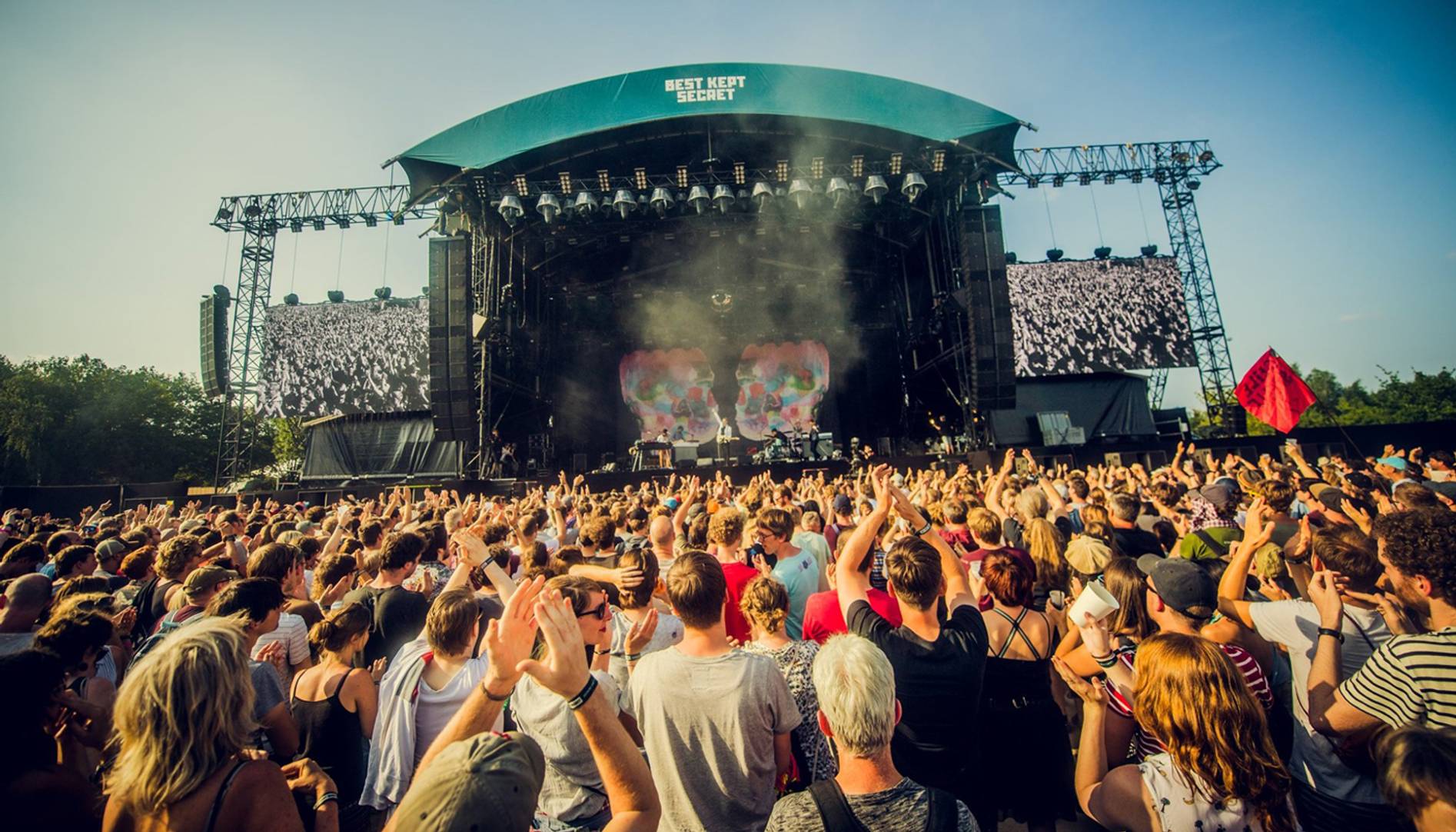 For those looking outside of mainstream music for something new and exciting - this festival is for you. Anchored in techno, Soenda offers DJs the chance to experiment and create new sounds which push the boundaries. With five outdoor and tented stages, they manage to create that classic outdoor festival feel while giving its audience the experience of adventuring through new sonic avenues.

When & Where: TBA; Utrecht

Amsterdam Dance Event (ADE for short) is one of Amsterdam's annual highlights. For five days every year, the capital turns into an electronic music hotbed, with concerts, parties, workshops and industry events being held all over the city. The lineup is scattered with a seemingly endless list of your favourite DJs, from new-era chart-toppers to old school legends and underground icons. ADE attracts thousands every year to the historic city and is a favourite for likeminded ravers and industry figures from all over Europe. 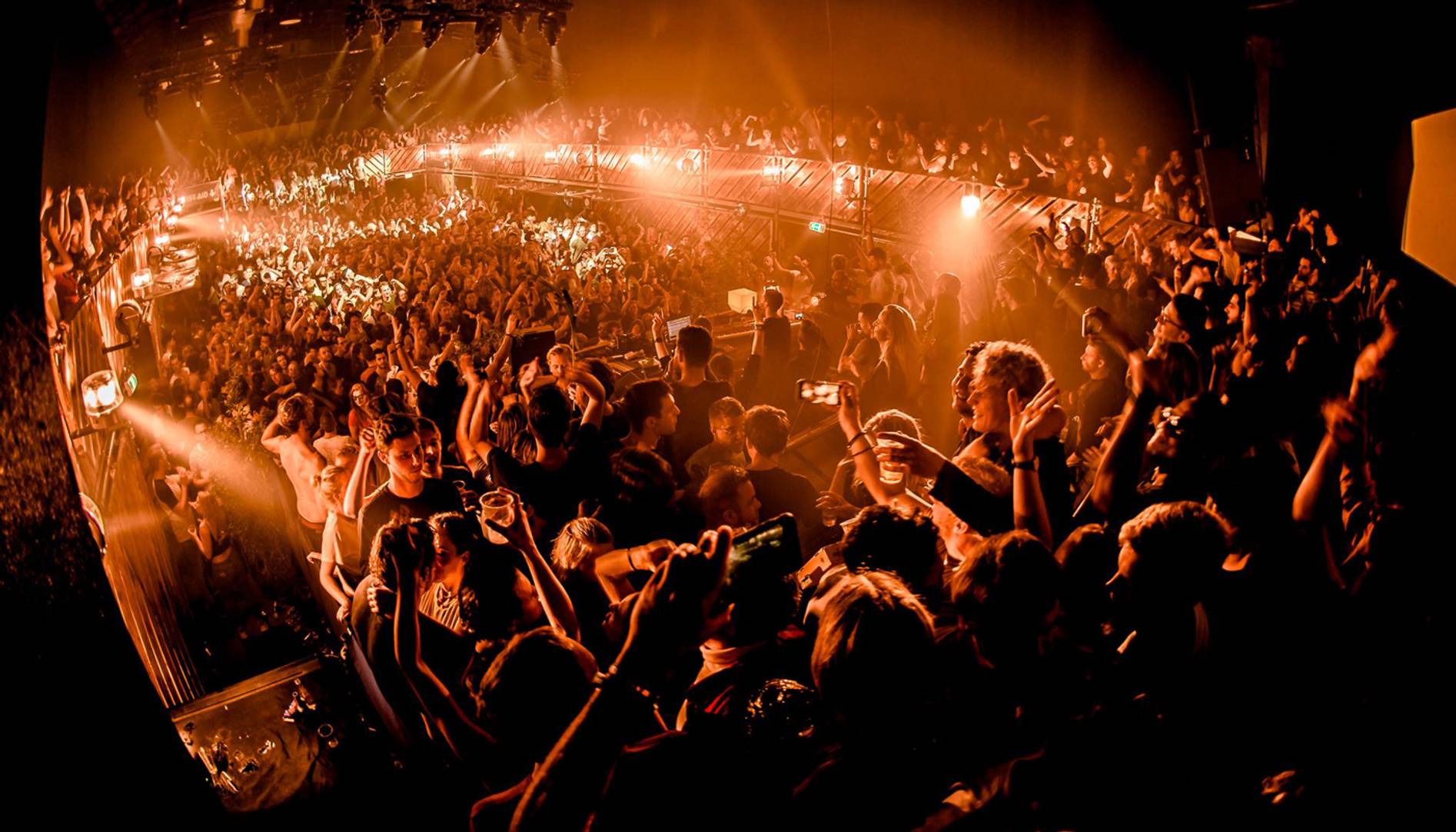 Hosted in the massive Amsterdamse Bos, Dekmantel is a favourite of many DJs and fans alike for its cutting edge setup, creative and influential lineups, and commitment to innovation. The festival contains a collection of different sounds across six stages, encouraging performers to experiment and smash down genre walls, taking their music away from the mainstream. For this reason it has become one of the most respected establishments in the country, and across Europe. 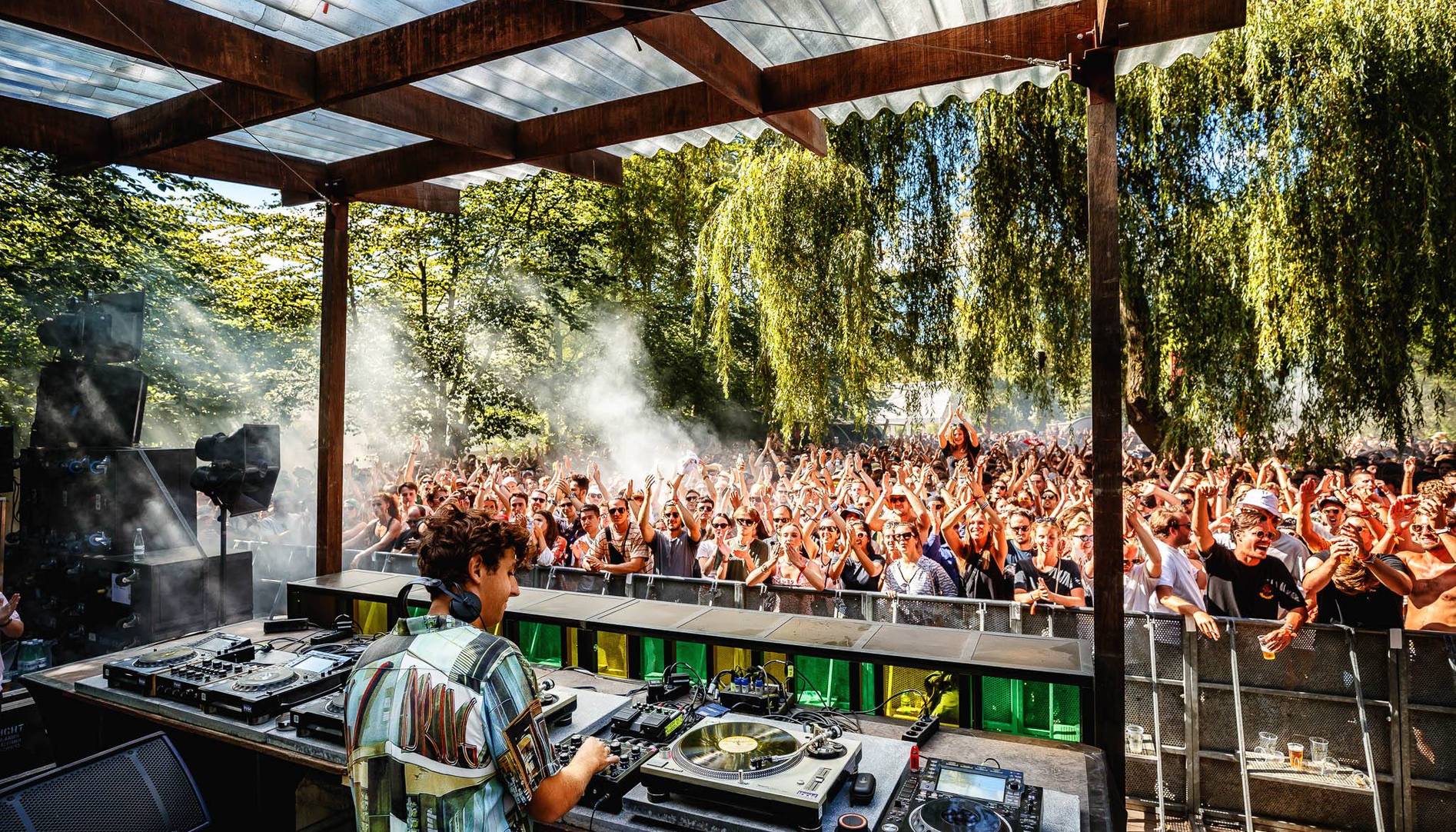 A favourite of many in Amsterdam, Milkshake offers the chance for its participants to express their true selves. Firmly rooted in the city's vibrant LGBTQ+ community, the festival has welcomed DJs and live acts from all over the world to perform and create an immersive world for its audience. Milkshake's main offer is one of freedom to be whoever you want, creating a giant safe space and welcoming atmosphere for everyone.

As one of the most established, recognised and respected festivals in Europe, Lowlands manages to curate an outstanding lineup every year. The scenic site along Lake Veluwe is transformed into a 60,000 person mini city, with dozens of restaurants, food and drink stalls, a market selling things like clothes and music, a barber shop, sporting facilities, massage parlours and more to explore. Lowlands annually hosts 250 artists across 12 stages to deliver incredible performances. 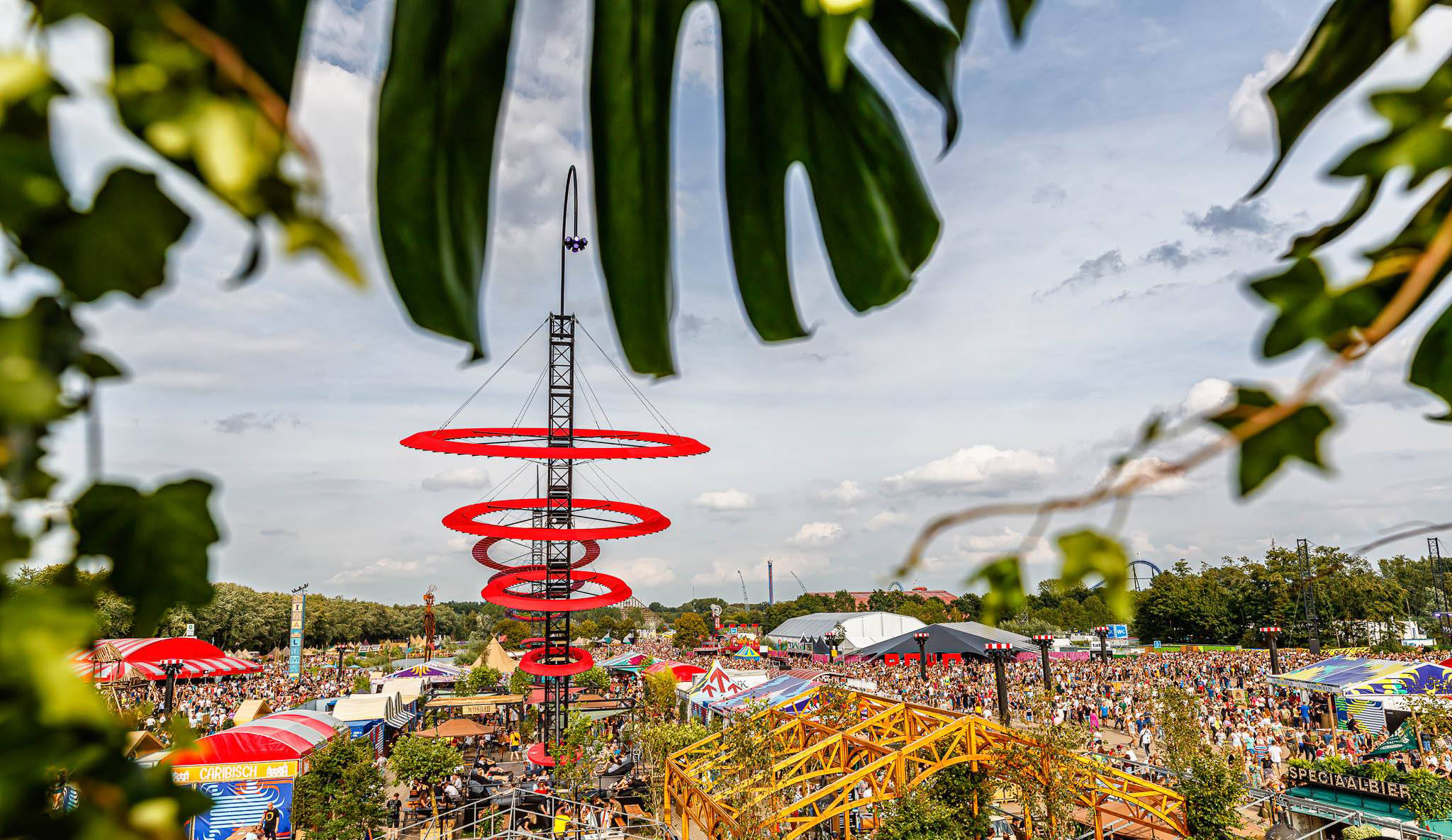 DGTL is a global brand with parties all over the world – however, the Amsterdam edition is unquestionably its flagship event and gives a platform to influential legends and up-and-comers alike. The iconic NDSM Docklands are transformed over Easter weekend to become a hub for the giants of the electronic world. The brand also has a large focus on sustainability, utilising the highest technologies available to reduce the impact on the environment.

When & Where: TBA; Amsterdam

With lineups consisting of hip-hop giants, WOO HAH! earns its name as one of the biggest rap festivals in Europe. Despite being set in the beautiful Safaripark Beekse Bergen, the music takes you into the heart of the cities that birthed the music that it celebrates, mixing the old classics with the future stars of the genre.

Held in the beautiful town of Rotterdam, North Sea Jazz festival has been bringing jazz and 'jazz-adjacent' music to The Netherlands since 1976. Since its conception, many famous faces have performed here including Miles Davis and Dizzy Gillespie. Though the festival has broadened its musical horizons in that time, there remains a special place for this festival in Dutch culture. 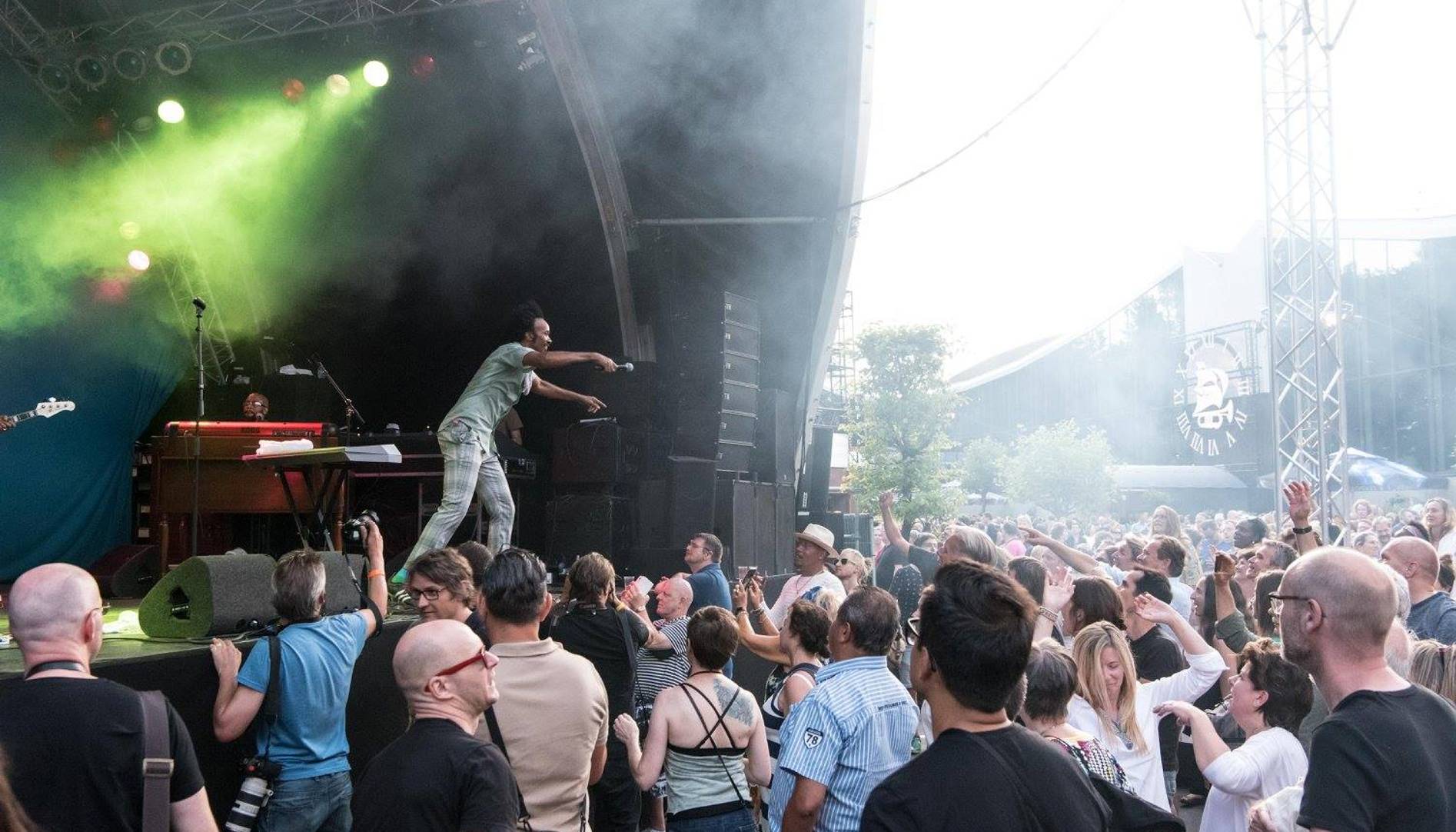 Welcome to one of the biggest drum and bass festivals in the world. Starting as a club, they have grown over the years to a large scale outdoor festival in Oudkarspel. Held in the Geestmerambacht parkland, an hour north of Amsterdam, the festival gives like minded ravers a chance to celebrate the interesting world of DnB. With 3 stages, you can expect many DJs from all over Europe to come and show off their best drops.

Just outside of Amsterdam, in Spaarnwoude Houtrak, is the Awakenings festival. Here you will find an institution built on the respect and love of DJs and their work. Holding events throughout the year, the Awakenings brand is one of the biggest in the electronic industry. Since 1997, Awakenings has been holding legendary parties for 200,000 people every year. This is a festival that both DJs and their fans love attending, celebrating the music together.

With a hefty reputation for bringing the best in the business to its stages, Oh My! is aimed at those interested in hip-hop, trap and rap music. A classic outdoor affair held at Almere Beach, just 20 minutes from Amsterdam, the festival has grown and moved to a larger venue to accommodate its sell out audiences. Known as one of the biggest urban festivals in Europe, they mix international stars with up and coming artists to bring something new and fresh every year.

Taking place in Landgraaf, the festival annually delivers an insane experience every year. Celebrating its 51th anniversary in 2020, it is known all over the world to attract the stars of the rock world, creating anthem-like set lists that are on every music-lovers bucket list. Since its debut in 1970, over 3 million people have attended the festival.

Partnering with DJ Mag for the ultimate rundown in dance music, Amsterdam Music Festival (AMF) is the hub for the greatest DJs in the world to come together and celebrate their music. With Amsterdam being the centre of the EDM, there is no better place to go. Held in the biggest indoor arena in the country, the Johan Cruijff ArenA, this as a large party where the rankings for best DJs in the world are revealed.

Welcome to the biggest harder styles festival in the world. Inviting over 70,000 people to the small village of Biddinghuizen every year, this festival is definitely for those who love and celebrate the hardcore lifestyle. The festival is particularly known for over the top staging and insane End Shows, which get tens of millions of views online. Uniting and celebrating harder styles of electronic music for a classic three-day festival is something that has to go on your bucket list. 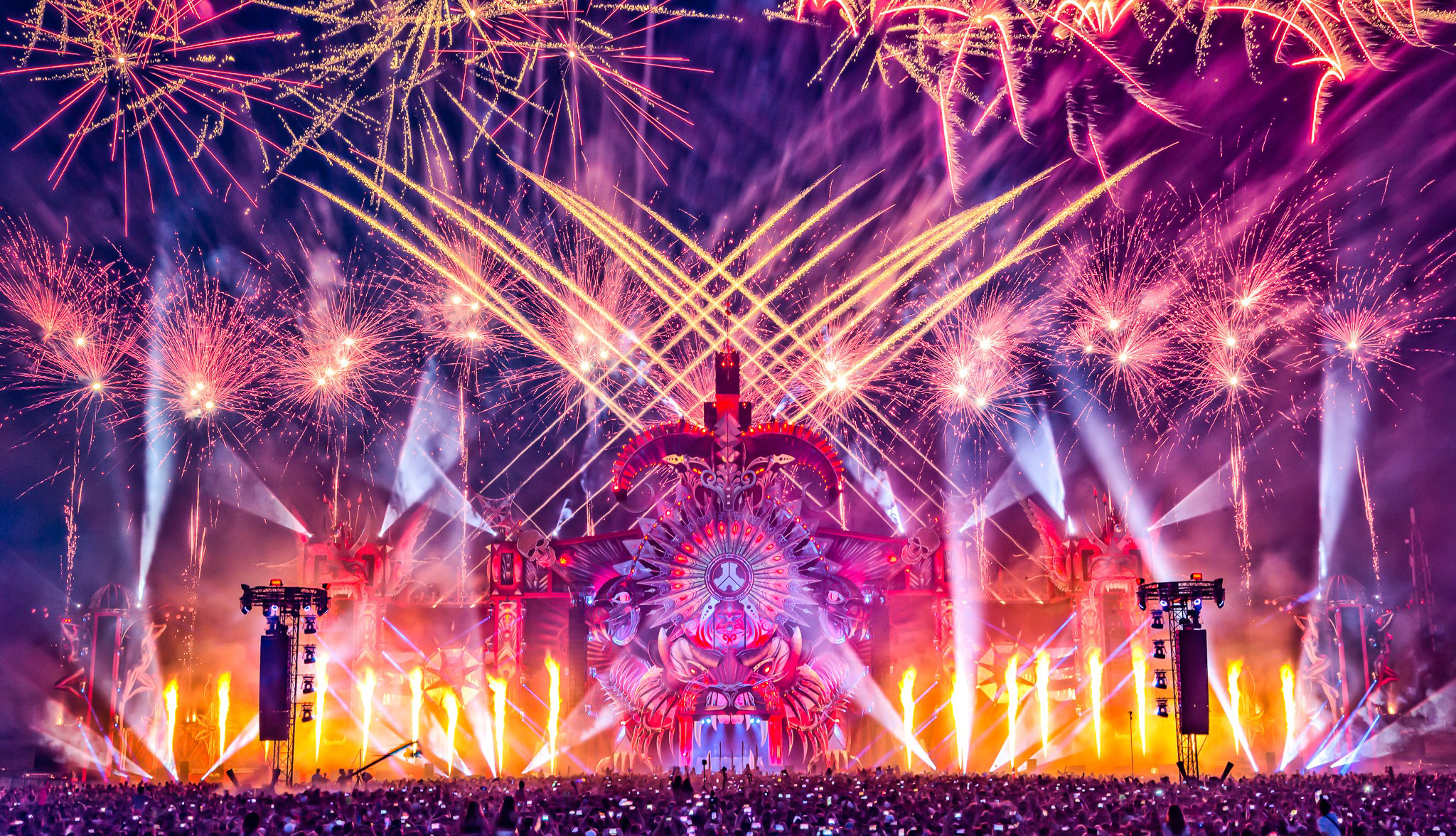 Part of the insane Don't Let Daddy Know (DLDK) brand, welcome to the Amsterdam branch. What began as a small party in Ibiza has grown to stretch over 20 events all over the world. Held at the RAI Amsterdam, this festival is everything great about EDM music. Tabbing only world class DJs has made it a favourite, and with crazy audiovisual effects, it's no surprise people keep coming back.

If you are looking for music that is innovative, fresh and breaks down the barriers of electronic music, then this is the festival for you. Providing underground artists who are encouraged to stride away from the mainstream, the festival takes you far away from the path into an immersive fairytale land where nothing is what it seems. For those who don't fit in, you will find solace here in an accepting, fun environment with incredible visual effects, intimate parties and a surreal wonderland. As 2020 marks its 10th anniversary, expect even more for their milestone edition. 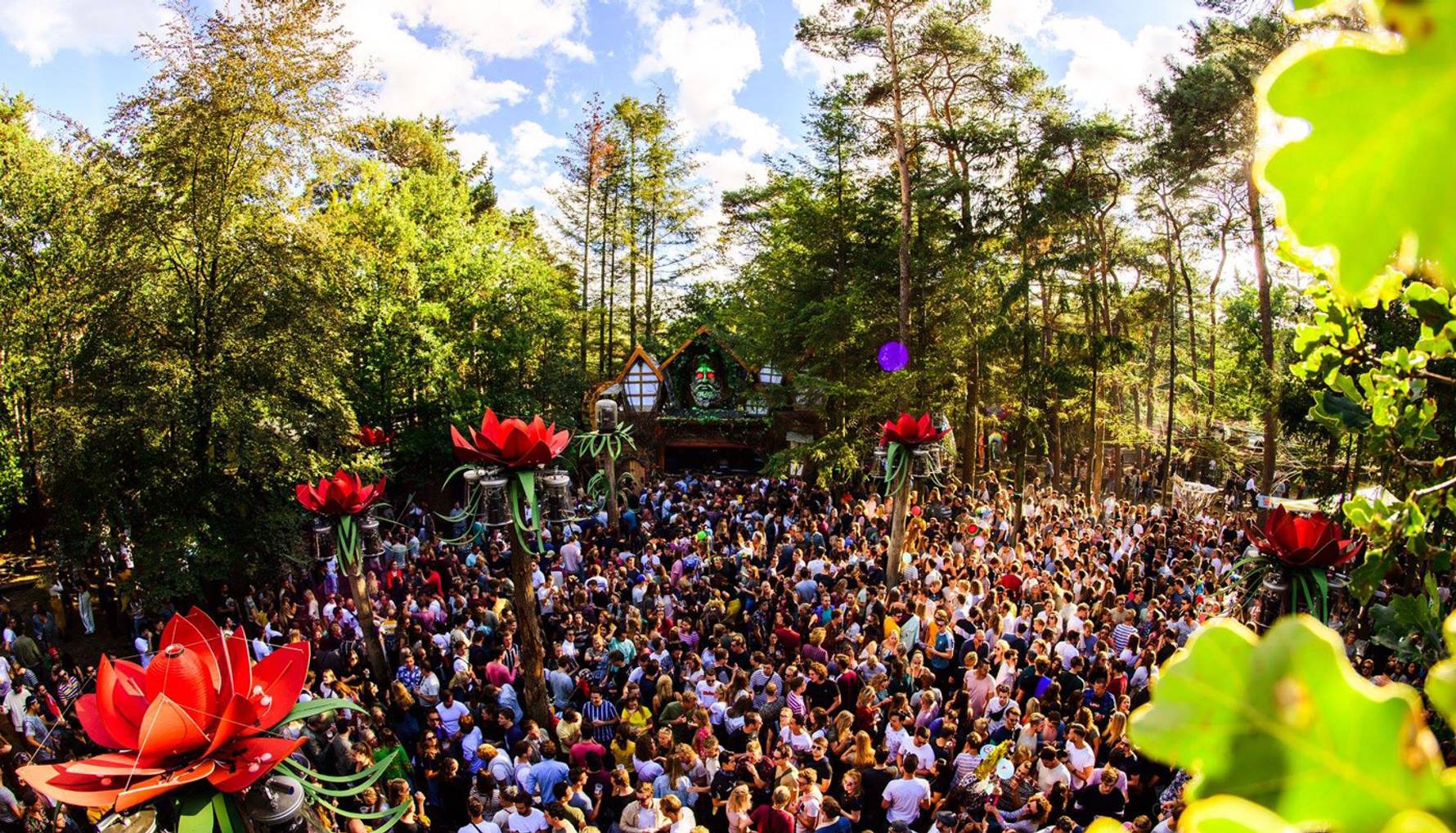 Zwarte Cross can lay claim to being the largest paid event in The Netherlands and the biggest motor event in the world. Under the tagline 'Nothing is Impossible' this festival mixes the eccentric worlds of music, motocross, theatre, stunts, and comedy to create a unique event which welcomes anyone and everyone. The name means 'Black Cross', in relation to the illegal motocross events that used to happen in the 1960s. With nearly 25 years of experience, this festival has something for everyone. 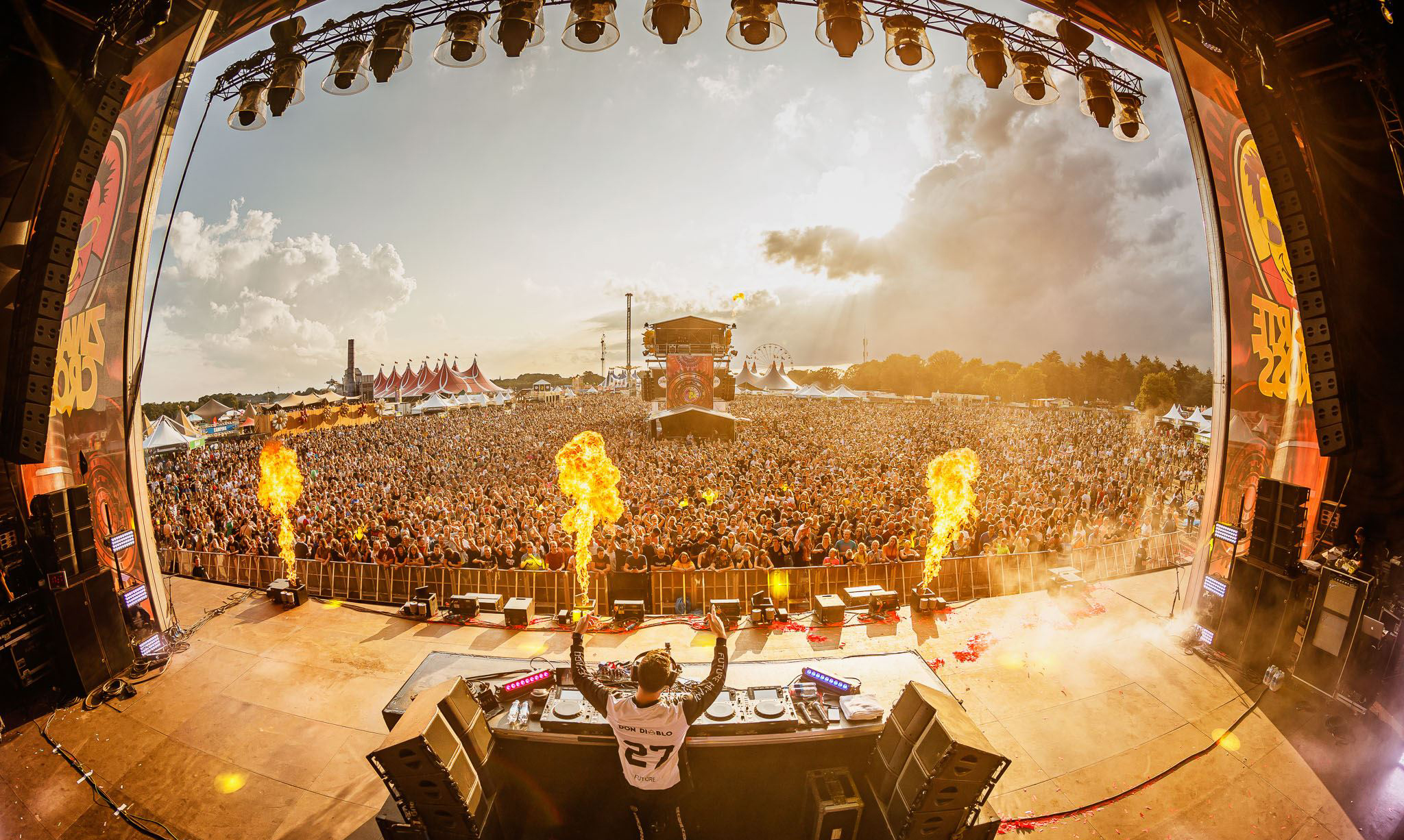