All Points East 2019: Five Places To Grab A Pint Beforehand

Next week sees the return of All Points East in London’s Victoria Park after making its successful debut on the scene last year. This year’s eclectic lineup is a melting pot of music featuring headline shows from The Chemical Brothers, The Strokes, Christine & The Queens, Mumford & Sons, Bon Iver and Bring Me The Horizon.

With the countdown on, we’ve been thinking about which artists to check out, what to wear, and most importantly, where to grab that all-important pre-festival pint to set the mood beforehand. So, without further ado, here are five places to wet one’s whistle before a day’s worth of dancing and inevitably more drinking at APE! 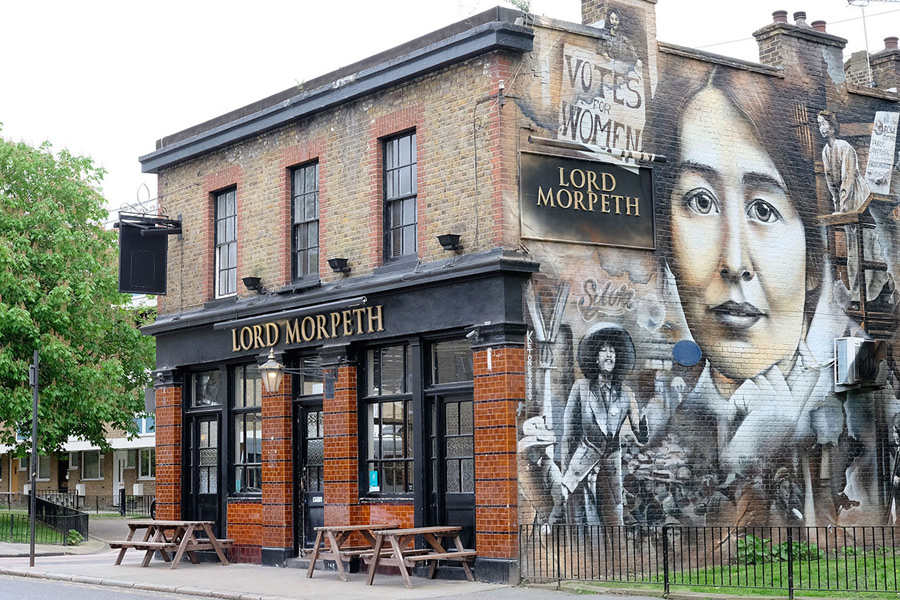 This historic little pub that is just a hop, skip and a jump away from 'Vicky' Park is famed for once being a regular meeting place of the suffragettes, which is paid homage to by a towering Sylvia Pankhurst mural on the side of the building. Inside you’ll find a hodgepodge of interiors with a few quirky touches that are typically 'East London' without being too clichéd, including a vintage pinball machine tucked away in the corner, classic movie posters adorning the walls and stylish jukebox. As well, as a decent selection of brews on tap and by the bottle, the Lord Morpeth also offers punters a gin-heavy cocktail menu. Cheers to that! 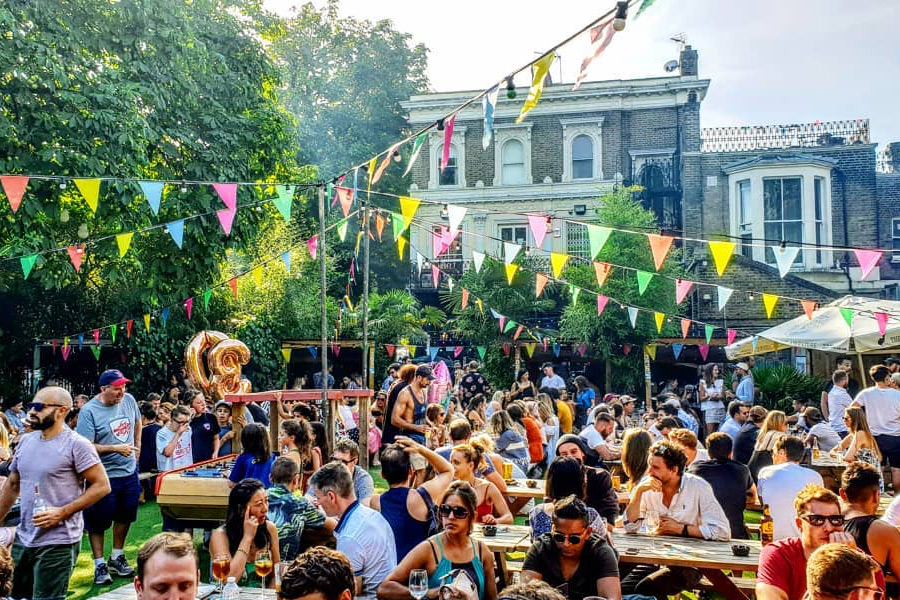 If there’s even a hint of sunshine, every Londoner and their mother is drawn to a beer garden like a moth to the flame. The People’s Park Tavern has a sprawling beer garden festooned with colourful bunting and a constant stream of locals crowding in for drinks and pub grub. The humongous outdoor space practically morphs into Victoria Park itself with multiple benches and makeshift beach hut style shelters dotted around. This buzzing little boozer is as close as you can get to the festival without actually being in the festival site, hence it’s always heaving with festival-goers indulging in a tipple before the day ahead.

The People’s Park Tavern even houses its own microbrewery, so ale-lovers can rejoice and enjoy their extensive collection of beers on tap. If the sun’s out during either of the All Points East weekends, this is definitely the spot to while away a few hours before the festival! 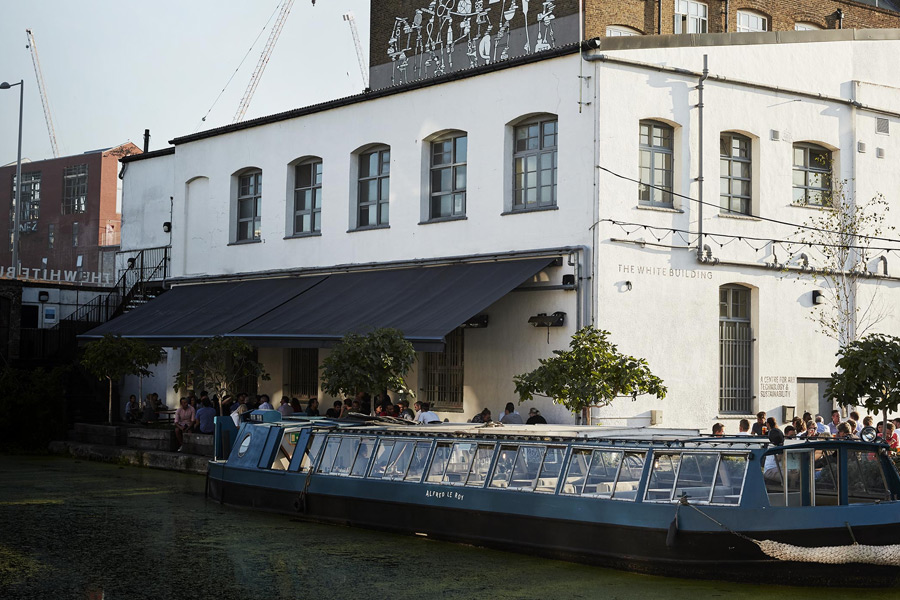 If you head venture east of Victoria Park, you’ll hit Hackney Wick – you’ll know you’re in the right place if you’re surrounded by vast industrial architecture saturated with vibrant street art. In recent years, Hackney Wick has flourished into a cultural and creative hub becoming home to a number of studios, galleries restaurants, office spaces and bars. Nestled amongst them on the riverside, you’ll find CRATE Brewery.

CRATE is located just far enough from Victoria Park that it’ll likely be a little more chilled than the pubs and bars closer to the festival but still within a reasonable walking distance. That said, CRATE always knows how to pull in a crowd. The former print factory now brews their beers on-site and offer a worthy collection of limited edition craft numbers. 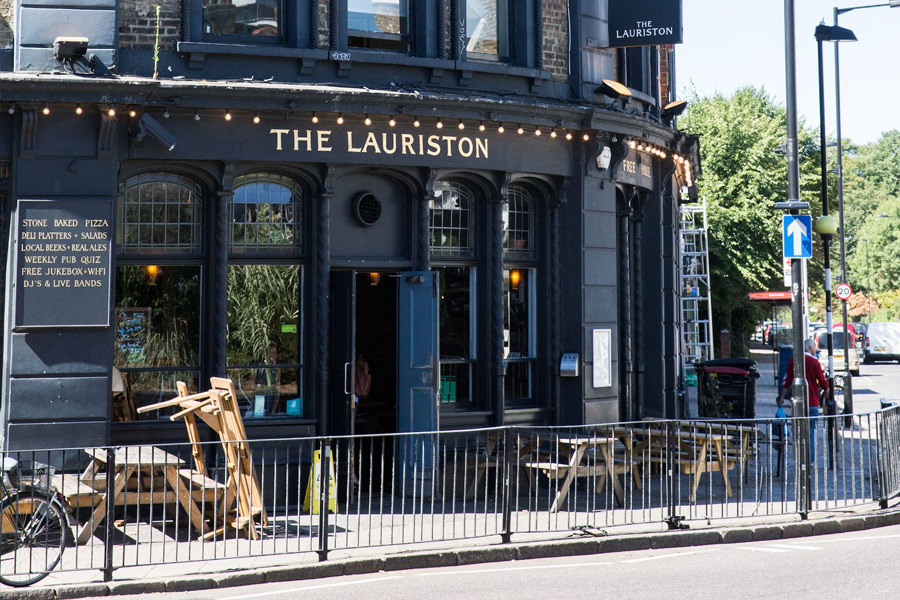 Slap bang in the middle of Victoria Park Village is The Lauriston. You’re unlikely to miss it as it stands grandly on the roundabout corner of Lauriston Road and Victoria Park Road, acting as a beacon to all thirsty wanderers searching for a bevvie or two. This casual and contemporary bar has a lot going on. Famed for its lively karaoke nights, pub quizzes, live music and DJ sets, it’s always abuzz with young Hackney-dwellers.

Located just a few minutes walk from the festival site, The Lauriston is the perfect meeting point for you and your mates before strolling into the festival.

If traditional pubs are more your forte then The Eleanor Arms (or The Ellie as it’s fondly referred to by regulars) might be what you’re after. This crackin’ little no-frills pub is rather unassuming from the outside but has been pulling pints for punters since it started trading 150 years ago, so if you’re looking for an authentic east London boozer, this is it.

The Eleanor Arms is essentially what we dub in East London as a “propa' good pub”.