Primavera Sound brings nearly 200,000 pilgrims to Barcelona in the name of great music every year. With unparalleled dedication to artistic integrity, the festival's lineup consistently ranks among the best in the world, with its best years becoming legend.

As sacrilegious as it is to say, though, a music festival isn't just about the music. Setting is also crucial, and taking place on the sunny coast of Barcelona, Primavera Sound matches its musical prowess with perhaps the best all-around location of any festival. The site itself has a private sandy beach and gorgeous ocean overviews where you can watch the sunrise during the final sets of the night. But what really sets it apart is the city of Barcelona.

Although a festival campground adds to the immersive experience of any festival, that Primavera Sound doesn't offer one is not missed. Without it, you have opportunity to explore one of Europe's most vibrant cities. This isn't lost on the organisers, who take advantage of Barcelona's great club scene with Primavera als Clubs. These are a number of raucous shows that take place in three of downtown Barcelona's best venues before the main festivities kick off at Parc del Fòrum on Friday afternoon.

With the city in play, there's tonnes of room for festival goers to personalise their pilgrimage. Want to keep the party going outside of the festival ground? Easy. Want to relax and recover, but still leave your room? You're covered. Or maybe you're thinking about taking in some non-musical culture? You're spoilt for choice.

With all this in mind we thought we'd put together a list of what neighbourhoods you should stay in depending on the type of Primavera and Barcelona experience you're looking for. 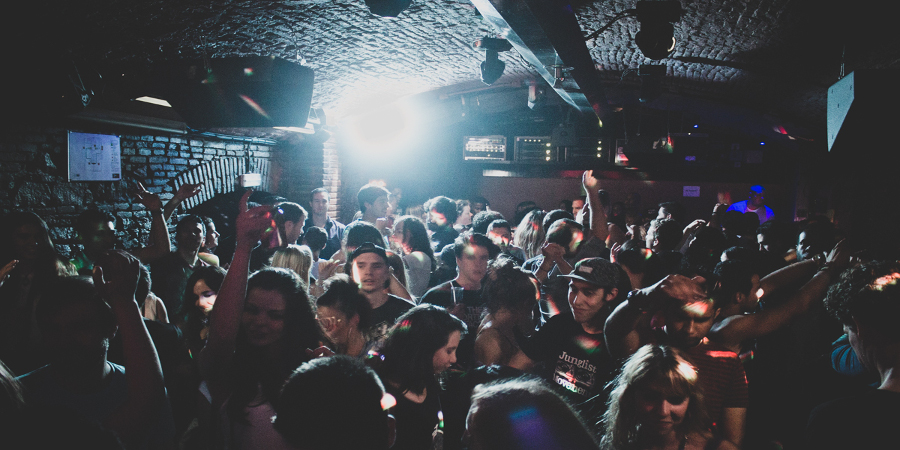 There's plenty of opportunity to party at the festival itself since the music doesn't stop till 6am. But if you can't stomach the idea of partying in the same place three nights in a row, or if you want to keep the party going once the festival is over, we recommend staying in the El Gòtic neighbourhood. Barcelona doesn't really have a concentrated party area, but if it did, it would be here.

It's central location and medieval architecture inherently act as a lure, bringing people together. And where there's people, there's stuff going on. There's no such thing as a bedtime in El Gòtic and the shops, restaurants, bars, and clubs that have popped up here all reflect that. There are tones of places to choose from, but check out Marula Café if you feel like getting down to some seriously groovy beats or Jamboree for the latest R&B and hip hop bangers.

A modern hotel five minutes walk from the metro, and in the heart of everything, this one is extremely well located. But you don't need to worry about the continuous hustle of El Gòtic disturbing your much needed sleep as the hotel is on a quiet pedestrian street.

If old school hotels are more your thing, this one's for you, the building dates to the 19th century. Of course there have been more than a few upgrades since then. Surrounded by tonnes of cafes and restaurants, just ask the friendly staff for some recommendations. 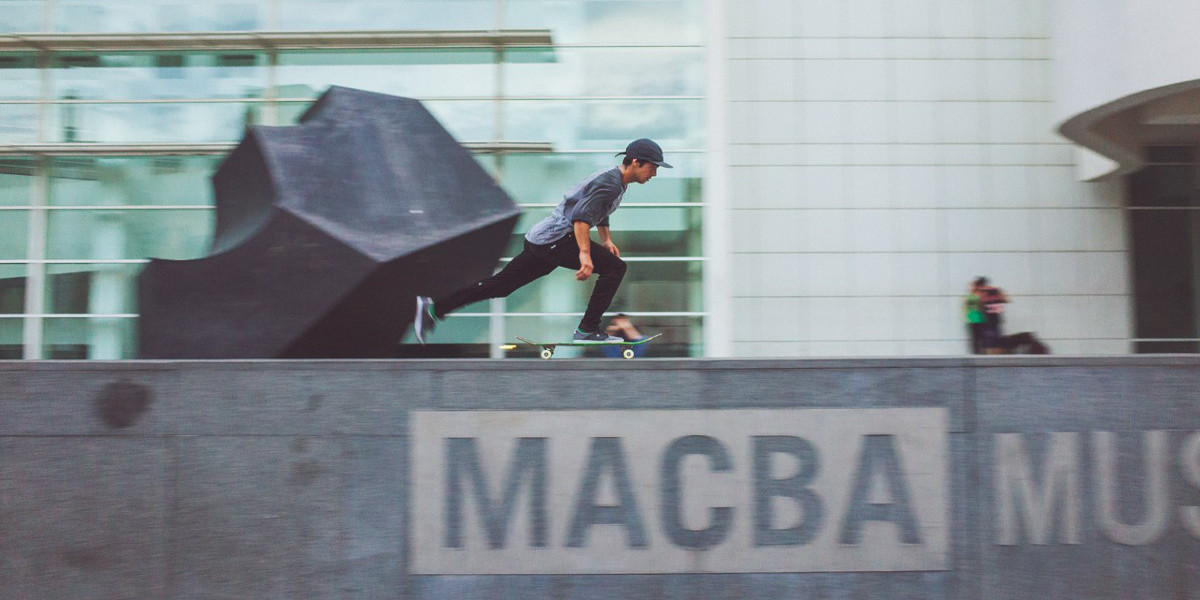 Leaving El Gòtic and walking across the famed La Rambla street, you enter the edgier, more arty El Raval. While still happening, this neighbourhood is moving away from debauchery and becoming more of a cultural hub. Its inhabitants are from all over the world, creating a shmorgishborg of multiculturalism. This has led to many galleries and museums opening here, most notably the Museu d'Art Contemporani de Barcelona (Barcelona Museum of Contemporary Art) and the Centre de Cultura Contemporània de Barcelona (Centre of Contemporary Culture of Barcelona).

Moreover, this neighbourhood has become the unofficial skateboarding headquarters for a city that takes its skating seriously. So grab your board and head to a museum, then stop for some food and drinks before tackling Primavera Sound for the night.

Though El Raval isn't all that close to Primavera Sound, this hotel is a two minute walk from multiple subway stations, making your commute super simple. It's also only an eight minute walk to the Museu d'Art Contemporani de Barcelona, the most acclaimed museum in the city. 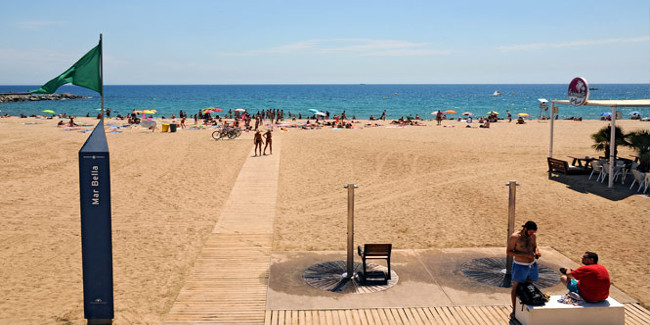 In the best way possible, Primavera Sound is exhausting. Starting in the heat of the afternoon and continuing till sunrise the next day, the festival is a commitment, to say the least. Depending on where you're staying, getting to and from the Parc del Fòrum can be a schlep. For those who don't want to trek too far everyday, but still take advantage of Barcelona, there's El Poblenou. The benefits of this neighbourhood are twofold.

First, the commute to the festival is super easy and can even be done on foot, if you have the energy. Second, it's loaded with beautiful beaches to recharge your batteries on. And it's not like it's a barren wasteland either. Endearingly referred to as the "Manchester of Barcelona," El Poblenou is on the up. New restaurants and bars are popping up regularly, and graffiti artists are seemingly making it their life's work to inject some colour into the industrial scenery.

This hotel is ideally situated for those wanting quick access to Primavera Sound. And along with that convenience comes great value. Overall a great choice.

If you're looking for options beyond hotels, give this one a go. With multiple balconies and great views from all sides, this villa has a destination feel. And fitting up to eight people, it can fit your whole Primavera Sound crew in. 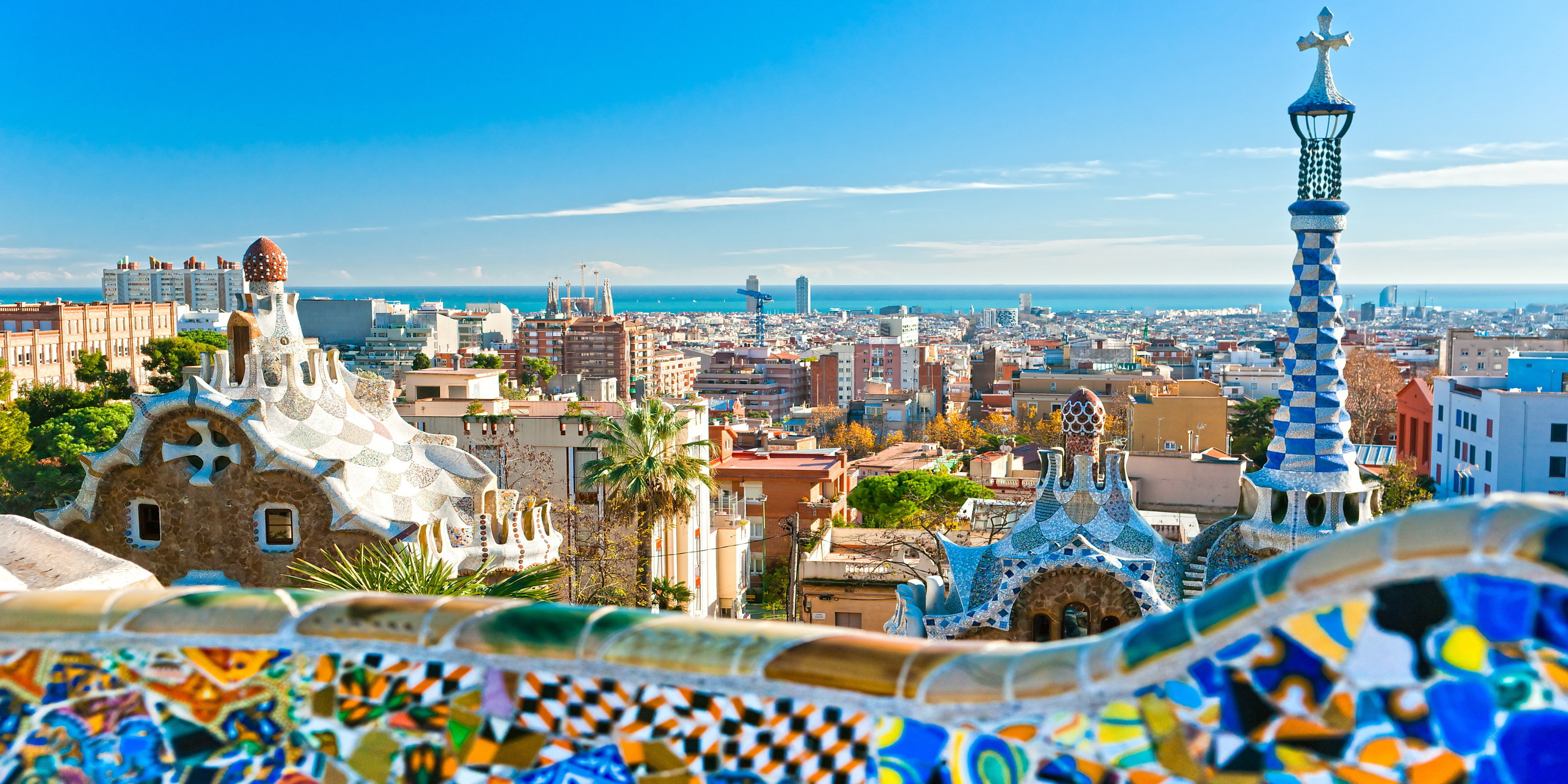 Above the downtown core, Gràcia is hidden from the usual tourist path. This has allowed it to develop its own identity and gain the moniker "a village within a city." Instead of tourist traps, you'll find cute little coffee shops, restaurants, and bars. When its hot, locals spend their evenings in the squares, playing music, conversing, and sipping beers.

Follow their lead is a perfect way to wind down after spending the weekend partying at the festival. And if you feel like you didn't get to see enough of Barcelona on your visit, Gràcia's northern location provides some of the best overviews of the city. March up to the must see Gaudi designed Park Güell and take in the majestic views and surrealist architecture.

Not only does Gràcia offer a more authentic experience, it also offers more value than its downtown counterparts. If you're looking to meet some potential fellow festival goers this is the place to stay. It wouldn't hurt if you liked sports too.

This is a classic, good old hostel. Cheap, quality food, a terrace that has an unexpectedly stunning view of the city, surrounded by happening bars, and full of people who would love to join you at one. 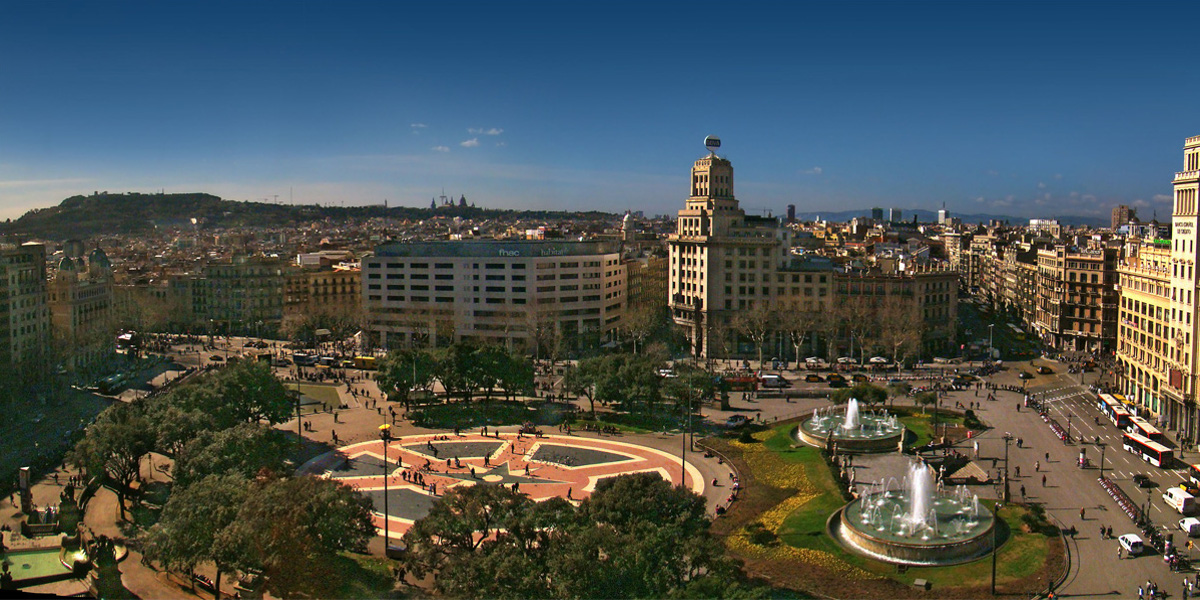 If choosing a label for your trip ahead of time isn't your thing, you can always hedge your bets and stay in Dreta de l'Eixample. Right in the middle of the city, everything you can think of is easily accessible.

The epicentre of Barcelona, Plaça de Catalunya, is here and requires a visit. The square is vast and most of the city's major streets begin here, making it feel like Barcelona's source. This neighbourhood is home to high fashion. Do some window shopping, take in the grand architecture, and go hunting for the Gaudi buildings.

After that, treat yourself to a top notch meal at one of the neighbourhood's luxurious restaurants. You'll deserve it after making it through Primavera Sound.

If you can swing it, this is one of the best options in the city. After spending all day and night on your feet sweating you deserve some pampering. This five star hotel gives you that in spades. Its rooftop pool offers a spectacular overview of the city and is the perfect place to recharge.

This chic, centrally located apartment is right around the corner from the Plaça de Catalunya. It comes fully equipped with the latest amenities and has three uniquely designed bedrooms.

Primavera Sound will take place from 31st May to 4th June 2017. Find out more on our guide, and book your tickets and packages here.