Gorillaz are a busy bunch. Having already headlined Open'er Festival in Poland and twin German festivals Rock Im Park and Rock Am Ring, as well as releasing a brand new album, everyone's favourite virtual band are now gearing up for a bill-topping appearance Bilbao BBK Live in Spain this weekend.

Note: this is the setlist we put put together back in October when all these shows were being announced. Which is why there aren't any songs from the new album The Now Now. And why songs from its predecessor Humanz are referred to as if they're the newest ones. Understood? Good. Enjoy.

A fairly left-field cut to kick things off, this early B-side could be a perfect opening as the various members emerge onto the stage.

Kicking things off properly (most likely with the I Switched My Robot Off introduction), this is quite possibly the best track on the band's latest album and a fairly logical starting point.

Another pretty hectic track, albeit in a completely different way, this time from Plastic Beach.

05. Fire Coming Out of the Monkey’s Head

A fan favourite from Demon Days to calm things down slightly. Sadly, the man who lent his voice to the narration – legendary actor Dennis Hopper – is no longer with us, so no repeats of him joining the band on stage. But it would be still be great to hear the old classic. 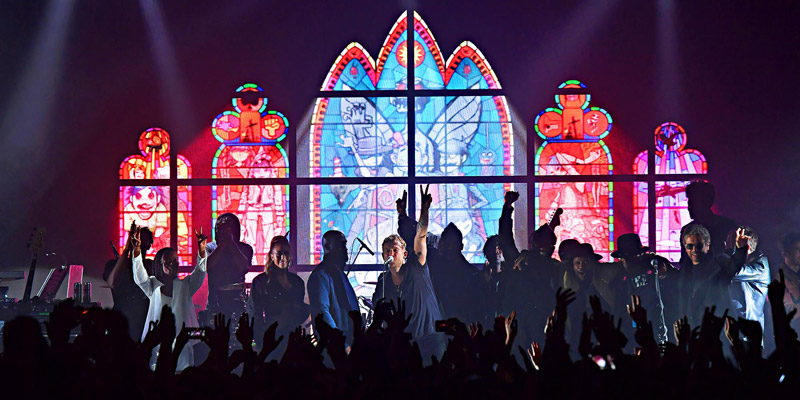 The band's second ever single still gets fairly regular outings in their live shows, and it's not hard to see why listening to it again after all these years.

An absolute staple of the band's live shows for years (even if Damon does have a habit of changing the lyrics each time).

A fairly unlikely inclusion in reality, given how heavily it relies on either or both of Bashy & Kano being in attendance. But the Middle-East/grime fusion is a personal favourite (and this a dream setlist, after all).

A quartet of highlights from the new album, featuring hip-hop royalty, soulful singers and a modern dancehall hero. 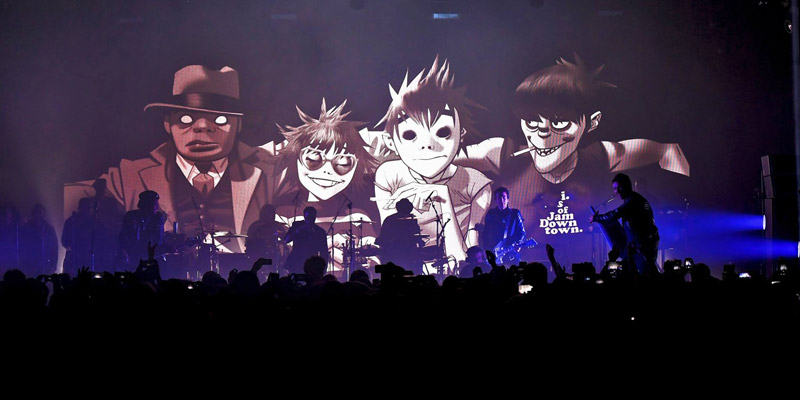 The phenomenal lead single from the third album, and for my money right up there with Gorillaz' very best. Again the voice of the song, legendary vocalist Bobby Womack, sadly died in recent years.

Standards didn't slip for the single that followed Stylo in 2010, as De La Soul joined forces with 2D and the gang again (more on that later), and it makes sense for it to follow once more.

Another trio, this time consecutive singles and bona fide classics from the band's purplest of patches (back in 2006).

18. We Got the Power (feat. Jehnny Beth & Noel Gallagher)

The positive, optimistic and anthemic collaboration that had everyone talking (thanks to the inclusion of a certain Mancunian on backing vocals). 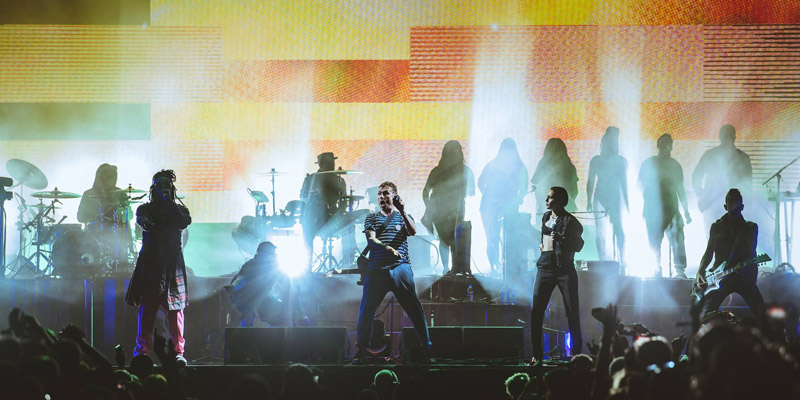 With a bass-line to rival that of Kids With Guns and Stylo, this is another definite contender for the best song on latest album Humanz.

The track that kicked everything off for the band all those years ago, and that still more than holds up to this day.

The band's highest selling and most globally successful single of all time earns its place as the penultimate track of the set.

Surely Gorillaz' most beautiful song, this would be a perfect way to bring any headline performance to an end.