Before the Isle of Wight Festival became the indie/pop behemoth it is now, it's origins were deeply entwined with the mid-1960's counter-cultural movement; free-love, free-spirited, free-drugs, you name it. It didn't take long for the bubble to burst, however, when the drugs took over and the movement became mainstream.

In 1970, 600,000 people travelled to the south-coast island when it was announced Jimi Hendrix, The Who, and The Doors were to headline the third edition of the Isle of Wight festival. However, continual rioting, miffed local authorities, and ultimately 'bad vibes' ensured it was the beginning of the end of an era.

Once a feral and archetypal masculine sex symbol, The Doors' Jim Morrison mirrored the negative sentiments; after recent run-in's with the law due to indecent exposure, public drug use, and general lewd behaviour, Morrison cut a solemn and reclusive figure on stage. Shrouded in darkness throughout their marathon set, it symbolised the black cloud that hung over the once-idyllic vision held by the youth culture.

A brooding performance brimming with mystique, The Doors and the recently bearded Morrison wound their way through their progressive and poetic anthems like 'Light My Fire' and 'Break On Through To The Other Side'. Their set was aptly bookended with 'When The Music's Over' - coincidentally in retrospect, as it was to be final time The Doors would play this side of the pond.

At the age of 27, Jim Morrison passed away a year later, embedding this performance as one of their most fabled and enigmatic in their brief existence. 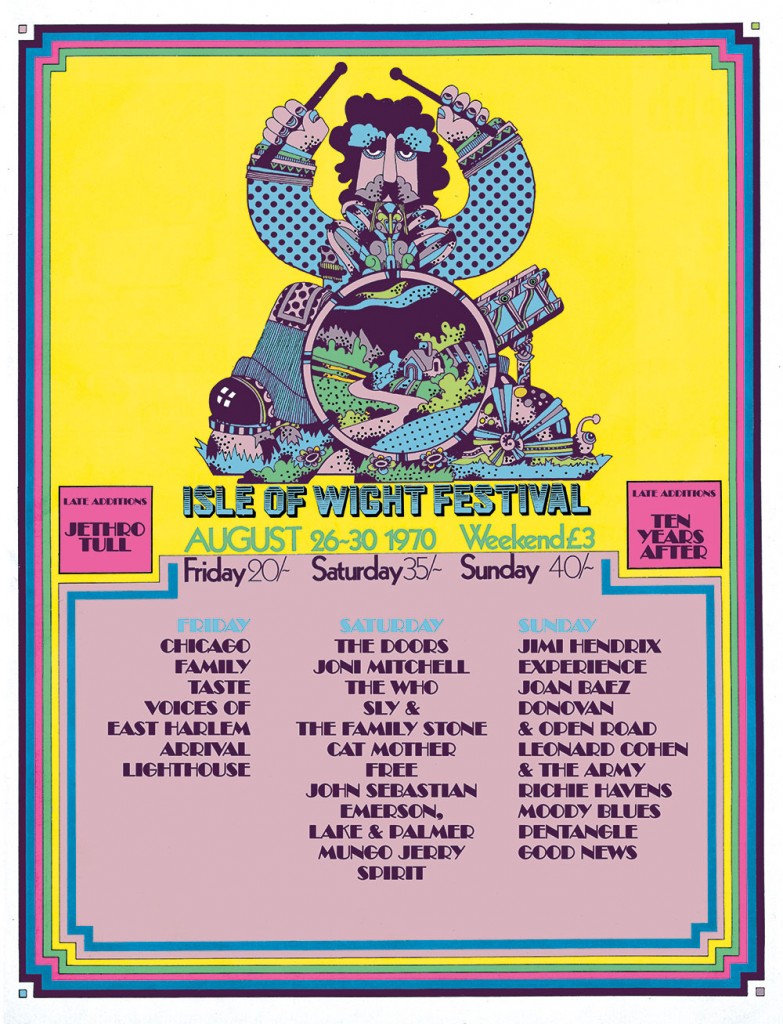