An integral scene within France’s rich musical history is electronic music. Since it’s birth in the 70s with pioneers such as Jean Michel-Jarre, the genre flourished from floaty ambiance to the space disco of Cerrone, before taking the form of the iconic sound of French house which was perfected by the likes of Daft Punk and Laurent Garnier. Since then, the sound has propelled into an umbrella of movements, taking influence from other genres including rock (Justice) and trap (DJ Snake).

These artists and a plethora of others have dominated club and festival circuits around the world for decades and continue to do so. As electronic music in France has blossomed, festivals celebrating these sounds have emerged across the nation, including giants al la Garorock and Eurockéennes as well as smaller gems such as Nuits Sonores and The Peacock Society.

We explore some of the artists and festivals that define France’s electronic music. 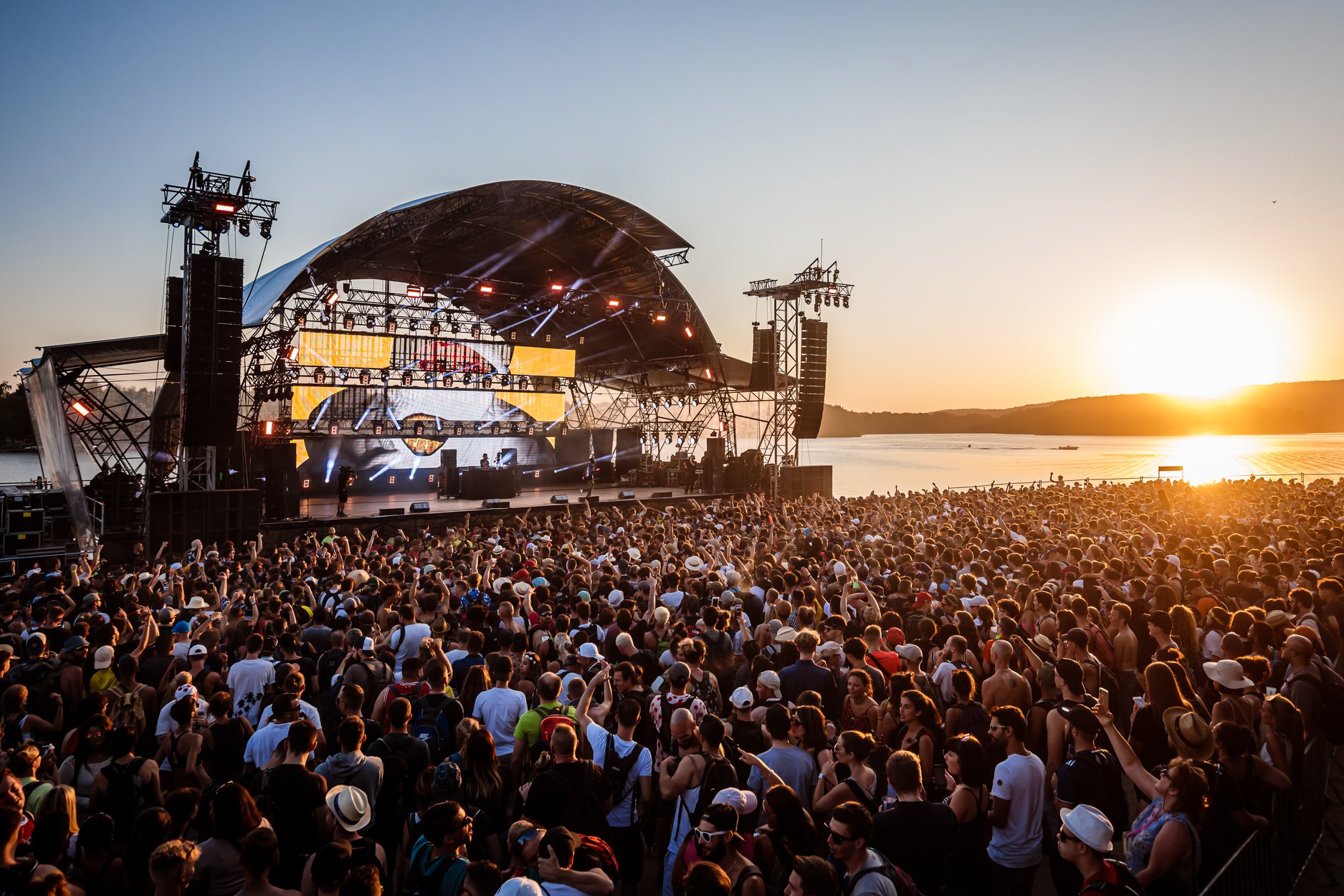 Undoubtedly the biggest electronic duo of all time; since their emergence in 1993, Daft Punk have been dance heroes, shaping the sound of French house and going on to perfect it with debut masterpiece Homework in 1997. They went on to release universally adored anthems such as ‘Around The World’, ‘One More Time’, and ‘Get Lucky.’

Throughout a dazzling career, the duo has sold out tours across the world and headed up festivals including Coachella, Lollapalooza, Pukkelpop, and Les Eurockéennes.

Held in Belfort for over 30 years, Les Eurockéennes is one of the biggest music festivals in France, consistently booking some of the world’s biggest icons as well as future stars. Set inside Lac de Malsaucy Belfort nature reserve, you are surrounded by stunning greenery and lakes, soundtracked by incredible music. Much of the festival’s bill is rock and pop-orientated, however, electronic royalty including The Prodigy, The Chemical Brothers, Kraftwerk, DJ Snake, and Justice. 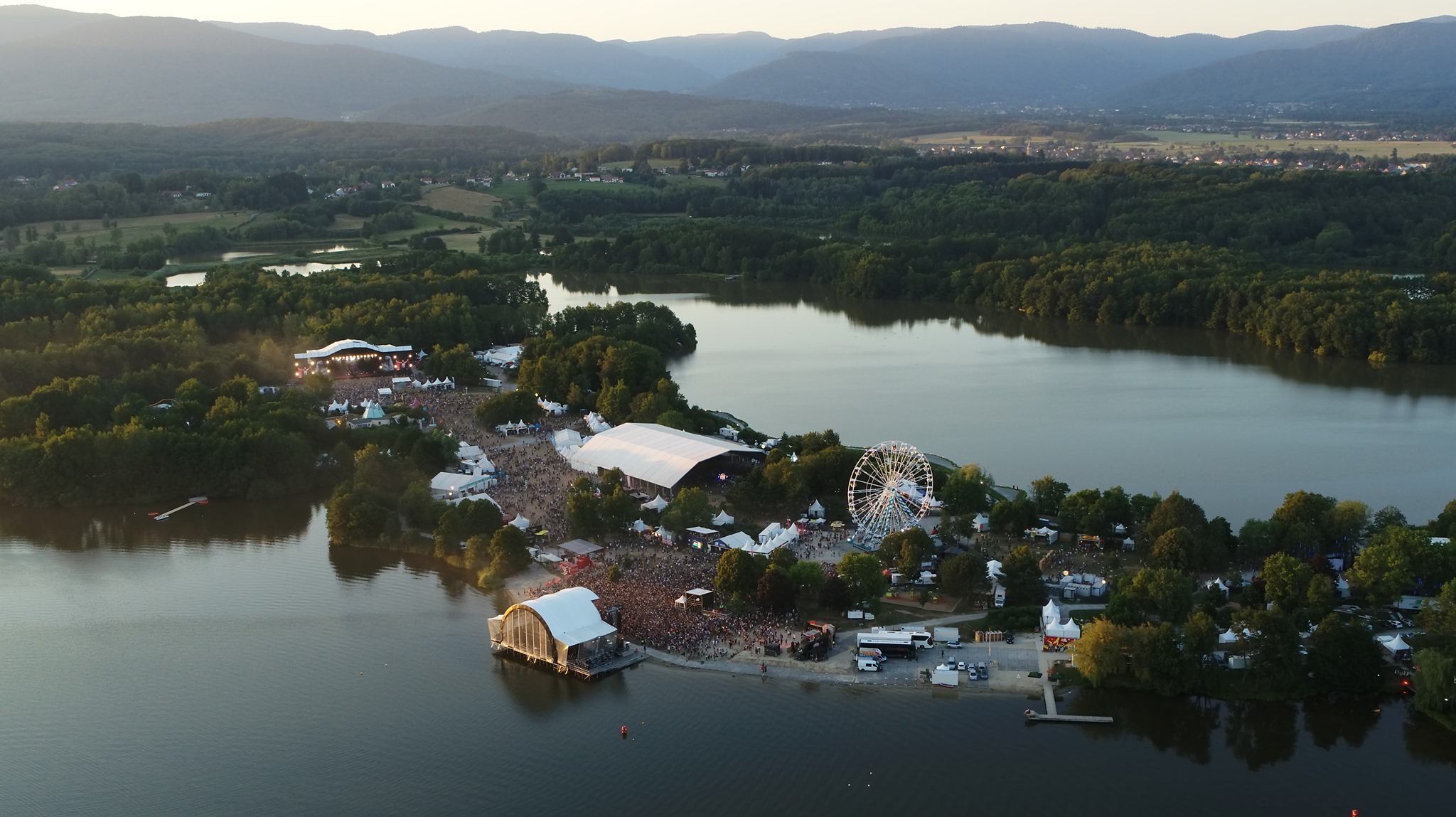 Another world-conquering French electronic duo is Justice, who, through riveting basslines, dramatic melodies, and energised grooves, add a new dynamic to the genre, which is stylised with punk-fuelled swagger, dark clothing, and gothic aesthetics. Their debut self-titled album was an immediate success with funk-fuelled dance nightmares that land somewhere in between dancefloor bangers and graveyard stompers.

They have ignited crowds at the likes of Mad Cool, Lollapalooza, Bilbao BBK Live, Sonar, and Garorock.

Despite its name, Garorock is a multi-genre music festival which year after year locks in a star-studded lineup from across the spectrum, including indie, pop, hip hop, and of course, electronic. The festival, which takes place over four days in Marmande, has been running for 25 years, and in this time, has formed a loyal fan base who flock to the southwestern France location.

David Guetta is a man that needs little introduction; one of EDM’s mainstays, who has perfected the formula for creating pop meets dance anthems which year upon year soundtrack the summer. The dance don has been in the industry since 1986, and since then has established himself as a leading giant of EDM, selling over 9 million albums and 30 million singles worldwide.

He has headlined festivals all over France and beyond including Ultra, Untold, Sziget, Tomorrowland, and Electrobeach.

Pairing EDM titans with a beautiful Mediterranean beach-side setting, Electrobeach is a summer dance-infused, sun-kissed festival dream. Over 100,000 fans flock to Le Barcarès each year and share an electrifying experience soundtracked by a star-studded lineup of EDM royalty.

Recent highlights include Above & Beyond, Afrojack, David Guetta, Eric Prydz, and DJ Snake. 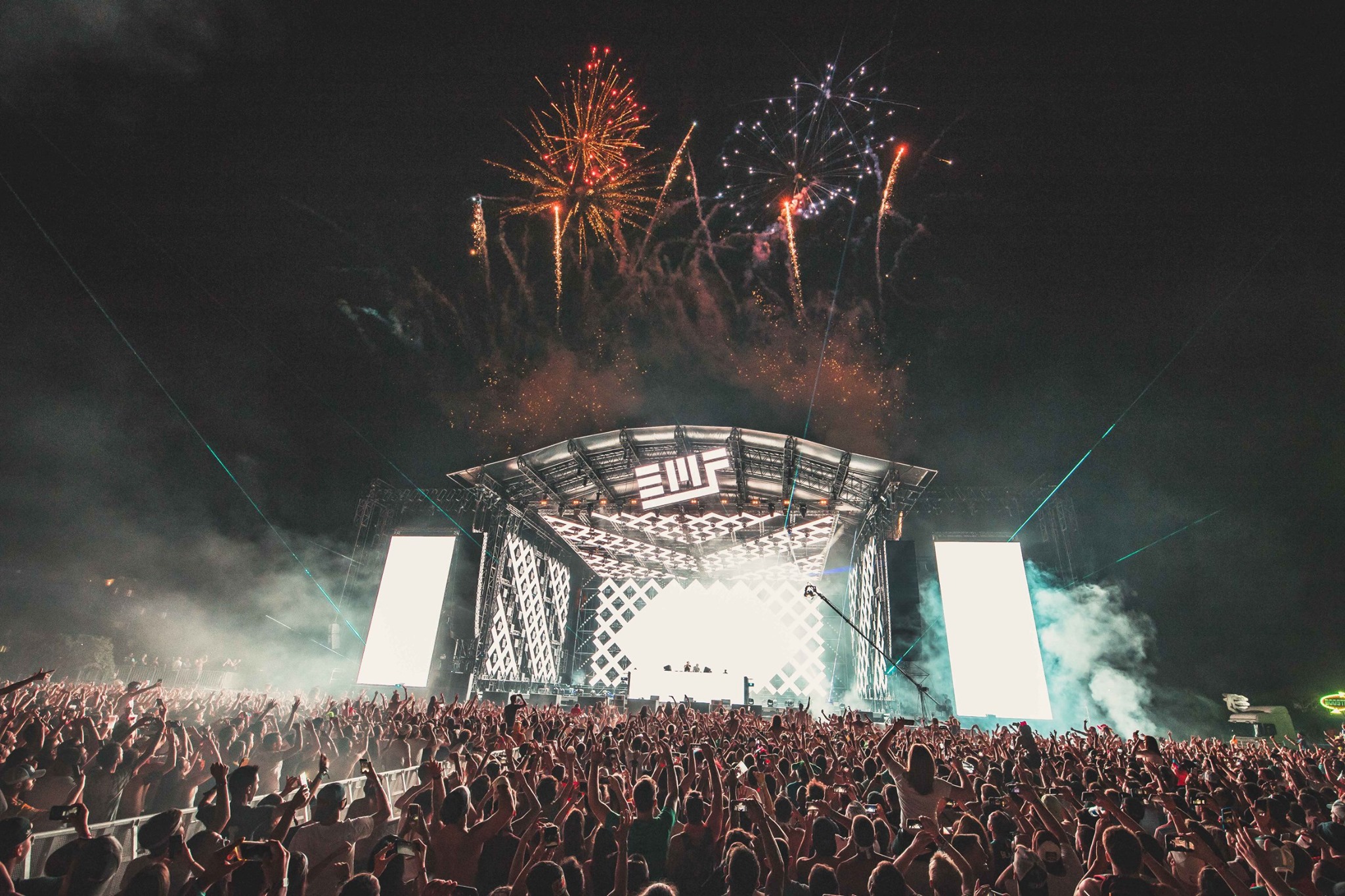 Carrying the torch for rare deep house and soulful grooves is crate digger Jeremy Underground, who prides himself in bringing underground electronic music to the masses. Unlike many of his peers who produce music as well as DJing, Jeremy Underground has built a reputation as being one of house music’s leading contemporaries purely through the form of a selector. He effortlessly blends disco, house, acid, and techno, maintaining a euphoric groove throughout.

He has played festivals such as We Love Green, Junction 2, Sónar, Awakenings, and Nuits Sonores.

One of Europe’s greatest electronic music events, Nuits Sonores, which takes place all over Lyon, locks in world-class artists to soundtrack 50 exclusive locations, from the Swimming pool on the Rhone river banks to the hanging gardens of Perrache, to the impressive Old Fagor-Brandt Factories. The festival has been running for over a decade, representing talent from France and beyond whilst never conforming to one style or sound. 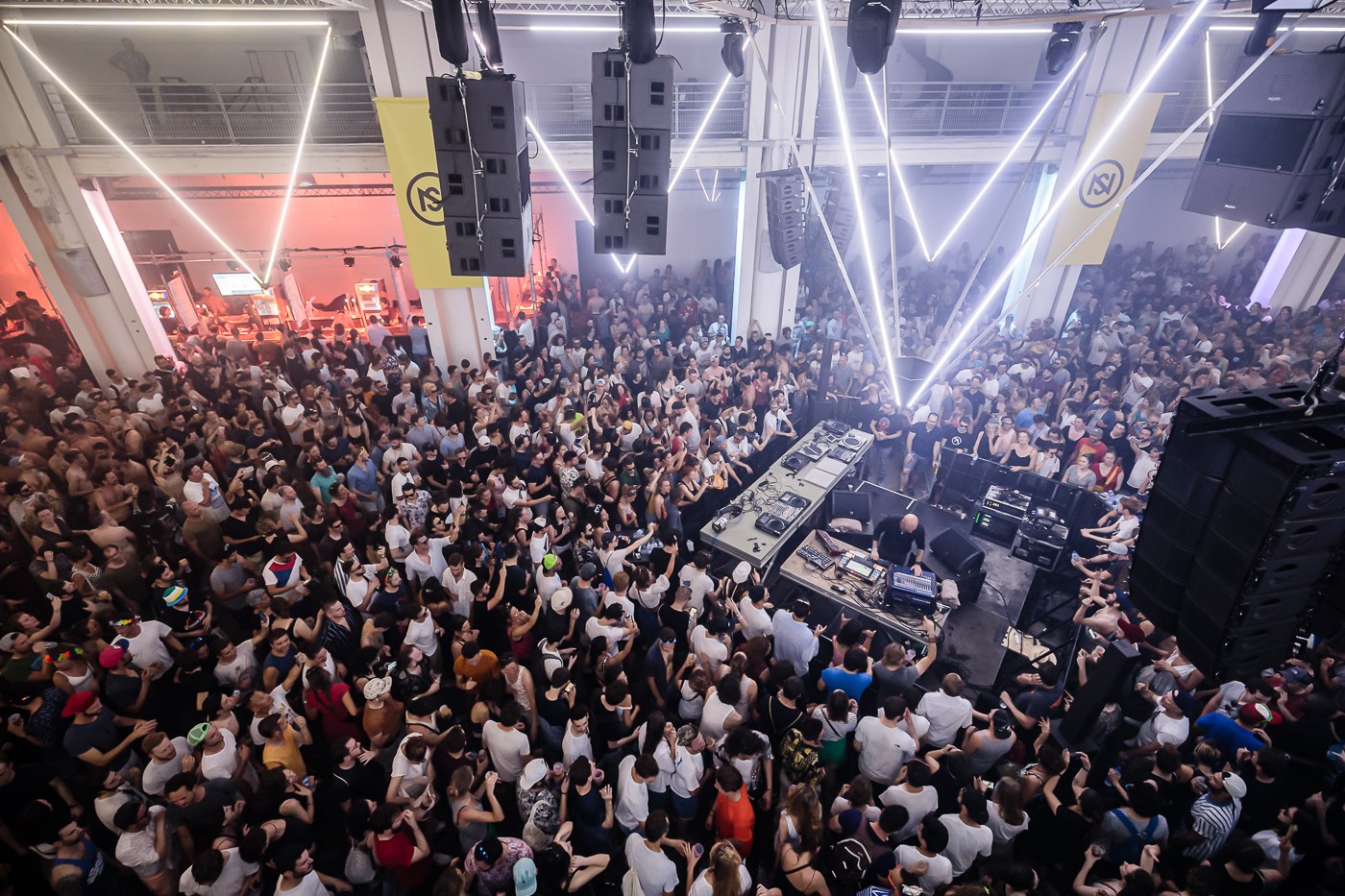 Consisting of three of Paris’ hottest dance exports, Shonky, Dan Ghenacia, and Dyed Soundorom, Apollonia is a DJ trio and record label showcasing groovy house and techno which boasts intricate, tight production. Ensuring their sets never dip in energy and always maintain an efficient flow, the three play one track each before rotating. Minimal techno, tech house, and techno comprise the majority of their sets, which are the perfect soundtrack to any hours of the day - whether that be an early evening warm-up, a peak-time party, or an after-hours session.

They are regulars of the electronic music circuit worldwide, claiming heralded performances at Epizode, Oasis, Sonus, Awakenings, and The Peacock Society.

The Peacock Society is one of the biggest underground dance music festivals in France, consistently bringing DJs who perfectly represent the sounds of Berlin and Detroit to the warehouse settings of Parc Floral de Paris. Hosting a mix of stellar DJ sets, live sets, and inspired back-to-backs, the festival showcases all corners of electronic music including IDM, house techno, electro, and disco. 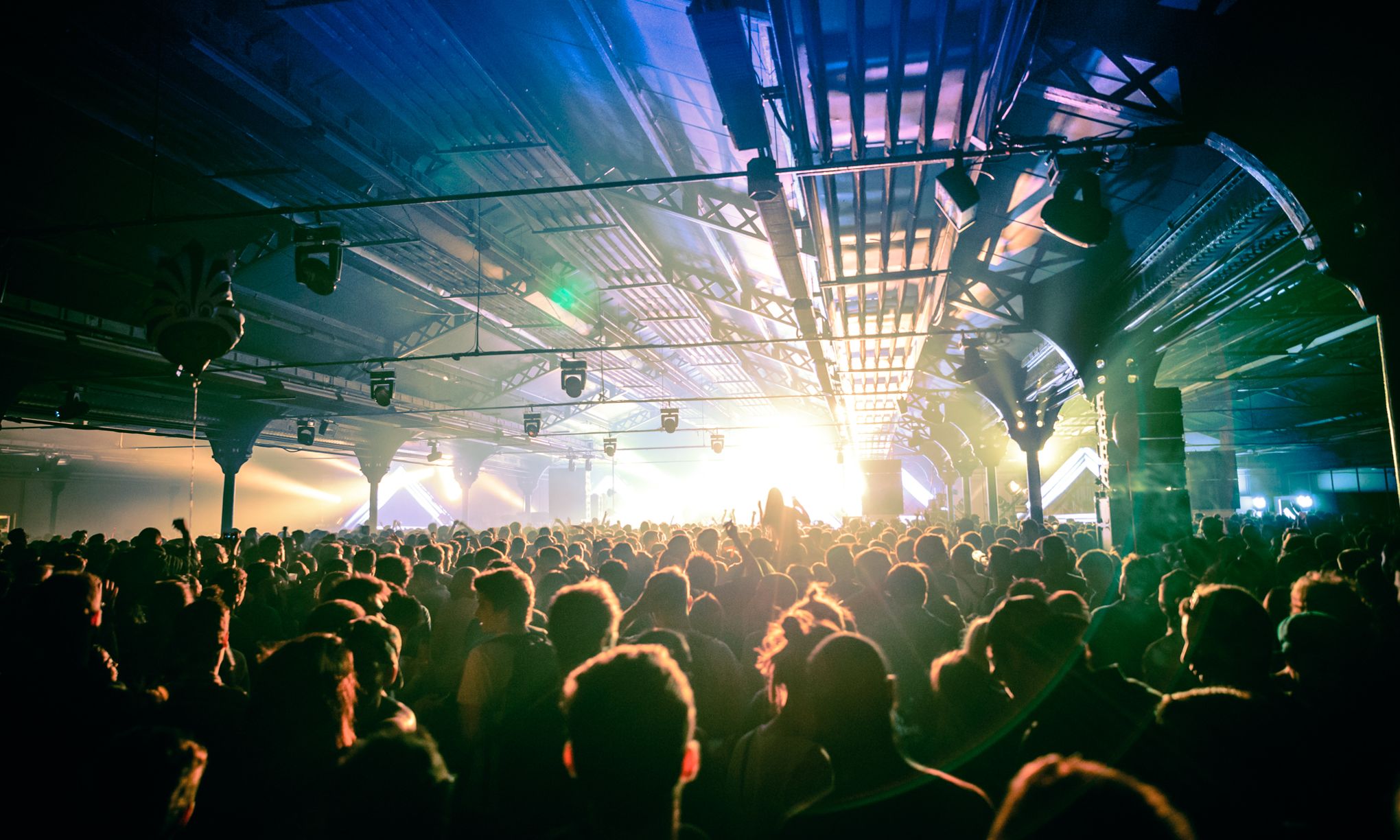