Despite continuing to tour with his latest outfit Kind Heaven Orchestra, no one would begrudge Lollapalooza creator/promoter/performer Perry Farrell for putting his feet up and simply marvelling at how his brainchild has blossomed into a globally revered institution.

With no intentions of quitting the stage just yet, however, Farrell shared the Grant Park festival stages with The Strokes, Ariana Grande, Childish Gambino, Tame Impala, J Balvin, and The Chainsmokers for an emphatic entry into the historic Lollapalooza canon.

Perhaps the biggest surprise of the weekend was the lack of rain; the Chicago festival seldom transpires without a torrential downpour, but it remained blisteringly sunny throughout the entirety so, at the very least, deserves an honourable mention.

Obviously, with the sheer quantity of talent on display, there was bound to be more enlightening occurrences than merely the weather, so let's check out the highlights from the four-day festival:

Rule One: Don't Break The Rules

On the first day of this year's Lollapalooza (which wasn't even sold out, bear in mind), over one-hundred teenagers had the canny idea of storming the fence in hopes of a free festival experience.

Alas, they were all swiftly caught and ejected, with the exception of the young man with a prosthetic leg who was the only person to be apprehended during the raid; having gone viral due to his poor luck, rapper Rich The Kid sorted him out with a free ticket anyway. Whilst gatecrashers should not be glorified, you can't help but smirk at this kid's good fortune.

Reggaeton has undoubtedly infiltrated mainstream music, with more and more frequent collaborations between pop, R&B, and reggaeton artists cropping up, as well as reggaeton artists on festival bills, all testament to its unwavering popularity.

This weekend saw a watershed moment in the genre, with a first non-English speaking headliner of the Chicago festival in global sensation J Balvin; turning up the heat on the sun-soaked festival with his vibrant, energetic set, Balvin even paid tribute to the lineage of reggaeton by inviting Wisin y Yandel on stage to bask in the glory.

j balvin bringing wisin y yandel out during his homage to old school reggaetón at lollapalooza as the first latino headliner... simply ICONICpic.twitter.com/ccRZ0RxLQf

Celebrating the collective power of women, of the LGBTQ community, of immigrants, of disabled people, and people of colour, Monáe produced an empowered performance that established her credos as one of R&B's most progressive talents.

Dressed a meld of futuristic, military, Afro-inspired garbs, Monáe successfully inspired, roused, and entertained a loving crowd as well as firing shots in Donald Trump's direction calling for the current President to be impeached or voted out of office. Let's see if the weirdos (how Monáe referred to her inclusive community) follow her lead. 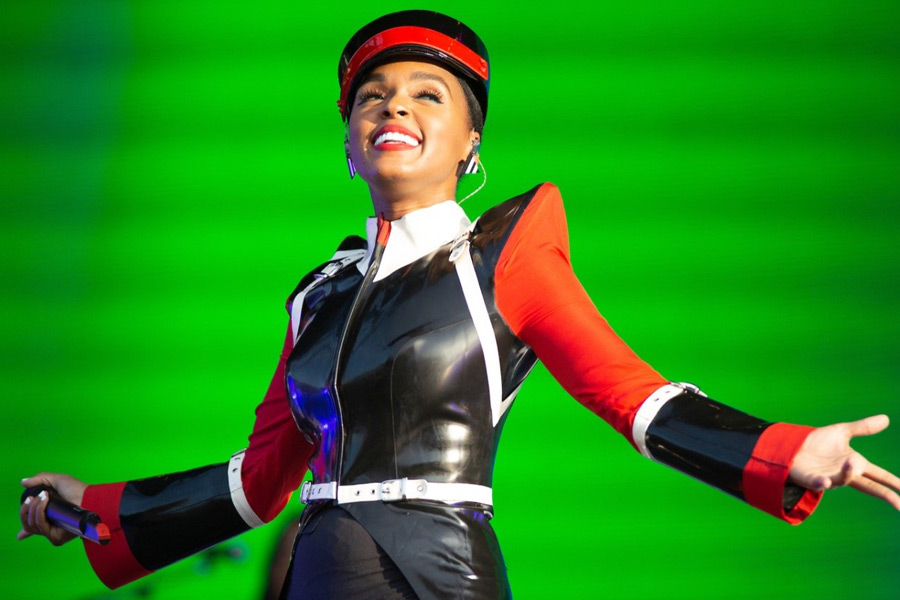 Paul McCartney and twenty one pilots categorically lured in the biggest crowds in the festival's history back in 2015, however, this accolade went to Lil' Wayne this year. And he wasn't even a headliner.

Appearing solo, even though he's mid-tour with Blink 182, question marks were raised as to whether or not he'd even make an appearance considering he's dropped out of a few recent dates. A gargantuan Chicago crowd were not at all disappointed when 'Weezy' showed up in good spirits, even dropping a remix of 'Old Town Road' for good measure.

No, not a new collaborative project between Death Cab For Cutie and Chance The Rapper with a dreadfully unimaginative name, however, the latter did join the indie-emo veterans for a rendition of 'Do You Remember' from his latest album.

Though critical reception to The Big Day has been a mixed bag, both acts actually had bizarre chemistry, leaving the door open for future collaborations. Potentially? 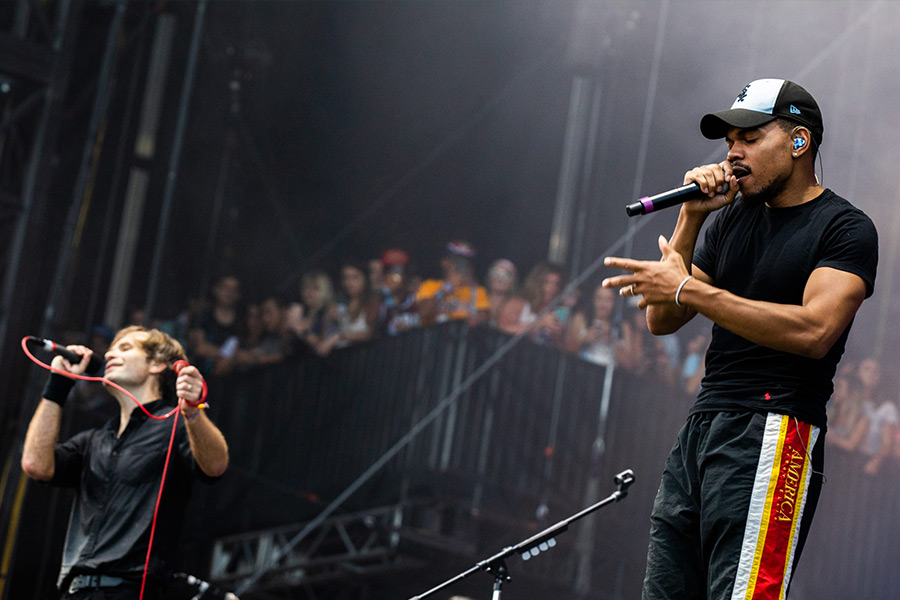 Though 'guitar bands' most certainly aren't as prevalent or intrinsic to the contemporary musical landscape as they were in the past (or even Lollapalooza for that matter), guitar-centric musicians like Gary Clark Jr, Sharon Van Etten, Kacey Musgraves, and Tame Impala proved that the evergreen instrument isn't entirely null and void in the creation of progressive, ground-breaking, and affecting artistry.

Guitar music is still alive and well, despite the incessant proclamations of its irrelevance. 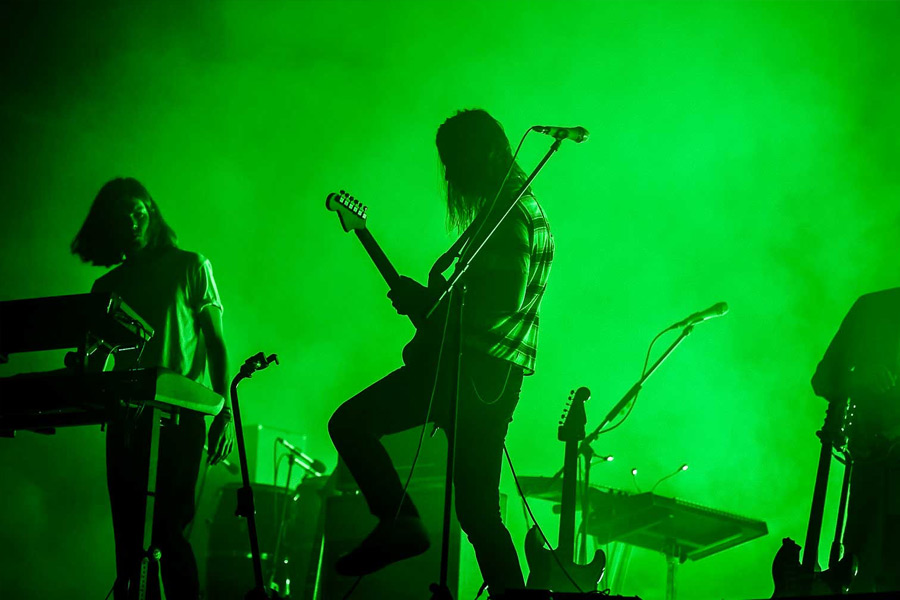 Some People Got 'Trashed'

Like, not just in the "I consumed far too much alcohol" sense of the term; finding it somewhat difficult to find a vantage point to see their favourite artists on stage, some participants took to securing a smelly vessel to traverse the crowds. Ingenious, maybe. A bit gross? Absolutely.

You can check out all of the Lollapalooza festivals across the globe by clicking here.