In what is now in its 4th edition, Lollapalooza Berlin returns this coming weekend, with the Lollapalooza institution having already spread its wings from Chicago to Santiago, and from São Paulo to Paris.

From what was initially conceived as a farewell tour for his band Jane's Addiction in 1991, the ever-extravagant Perry Farrell was inspired by music festivals like Reading to curate an impressive melting-pot of a lineup. Alas, Lollapalooza was born.

Coinciding with the popularity of alternative rock, grunge, and hip-hop in the 90s, Lollapalooza soon became 'the' event stateside, and was undeniably entwined with some of pop culture's most enduring moments.

Whether it be embracing Homer Simpson's cannonball punishment, or morosely being recognised as the last Nirvana performance that 'never was' after pulling out of their headline slot days before Kurt Cobain's passing, Lollapalooza will remain in the upper echelons of music festival history.

That being the case, we've cherry-picked our Top 10 favourite moments from its notorious 27-year history.

Where better to start than with a 15-minute naked silent protest?

Synonymous with radical political views, RATM were never a band to shy away from their outspoken modus operandi.

Protesting the PRMC's (Parents Music Resource Centre) introduction of Parental Advisory stickers on albums as an attack on the American constitutional right to free speech, the band decided to spend the entirety of their set completely naked, mouths taped-up, with 'PRMC' emblazoned across their chests.

Needless to say, expectant revellers waiting for 'Killing In The Name Of' and 'Bombtrack' were irked after the first 10 minutes of nudity and pure feedback, so audibly vented their frustrations before the band were hauled off by the police. 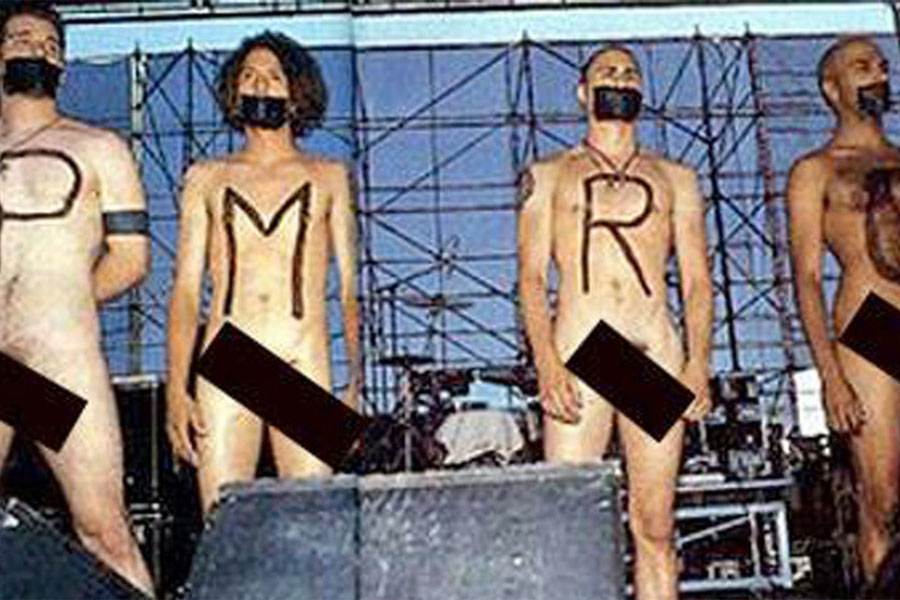 Safe to say that sonically it was a departure from his previous endeavours as an underground rapper, and Lollapalooza provided a platform for the controversial song 'Cop Killer' to be heard.

National outrage ensued, leading the song to be dropped from their upcoming album as the furore totally eclipsed the music itself.

Initially playing the festival as a relative unknown in 2007, Lady Gaga returned to headline as the reigning Queen of Pop in 2010.

With what is one of organiser Perry Farrell's favourite moments, Gaga interrupted her favourite punk band Semi Precious Weapons' set earlier that day.

Proving her punk-rock credos by screaming her lungs out on stage, she stage-dived into the abyss of her crazed fans wearing what can only be described as a threadbare body-stocking.

The pandemonium caused almost overshadowed her headline appearance at the time, but retrospectively is entirely more memorable.

One of the contributing factors to Lollapalooza's exponential success was that MTV jumped on board to cover the festival's antics, filming live performances as well as delving backstage to capture the unseen world of today's icons.

Whoever thought it was a good idea to deploy Smashing Pumpkin's Billy Corgan as Nick Cave's interviewer, however, was sorely mistaken.

Cue Corgan's inaccuracy in referring to Nick Cave and The Bad Seeds as 'English', and suddenly you knew he was in for a world of pain.

After sheepishly attempting to salvage the interview, Corgan knew he had entered the 'Nick Cave Thunderdome' to which two men enter, and one man leaves.

On what was only their second ever tour (their first being nearly ten years prior to that), the French duo brought their spectacular Pyramid stage production to Chicago.

Although not as controversial as other moments on the list, it merely proved that seeing Daft Punk is both a rare and sensational sight to behold.

Their '2006/2007 Alive' tour passed through Lollapalooza and was heralded as a dazzling and deafening experience.

No performances on the tour were filmed professionally which only reinforced their mystique, leaving us to feed on the scraps of amateur video recordings. 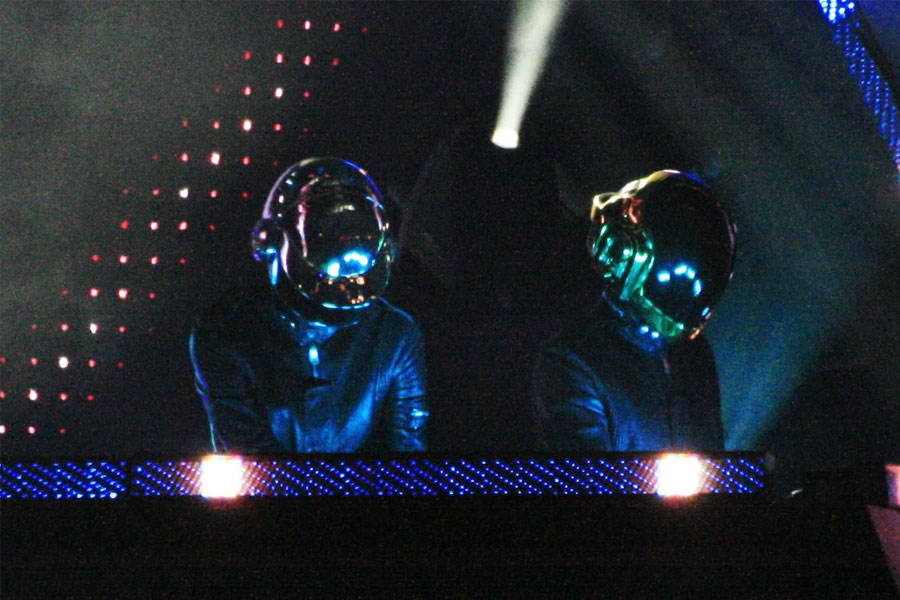 The mud-soaked, riff-ready crowd were anticipating a more ferocious entity, and when Pavement appeared on stage, things swiftly turned sour.

Mud was launched, middle-fingers were exchanged, and when lead-singer Stephen Malkmus was hit in the chest with a rock, the show was over.

Not before guitarist Bob Nastanovich presented his posterior to the not-quite-adoring mob.

Grunge was everywhere in the early 90's and strangely became commercially viable due to the sheer talent of the famed 'Seattle Four'.

The exposure that this new subculture was given through Lollapalooza, however, amplified the appeal, and Pearl Jam duly rode the wave.

Their debut album Ten was not an immediate success upon release in 1991, but after touring with the Lollapalooza sensation, they saw the album rise to number two on the Billboard Charts.

Throughout the ages, it's not been uncommon that debut festivals are littered with some form of a technical issue, and the inaugural run of Lollapalooza dates had exactly that.

Unfortunately, they happened to be throughout Nine Inch Nails set at the Phoenix leg, to which Trent Reznor responded by trashing the entire stage in a fit of rage, fit for the brutish industrial music his band is renowned for.

Trent salvaged the rabid performance, before storming off stage, leaving the crowd in awe and the sound technicians scratching their heads. 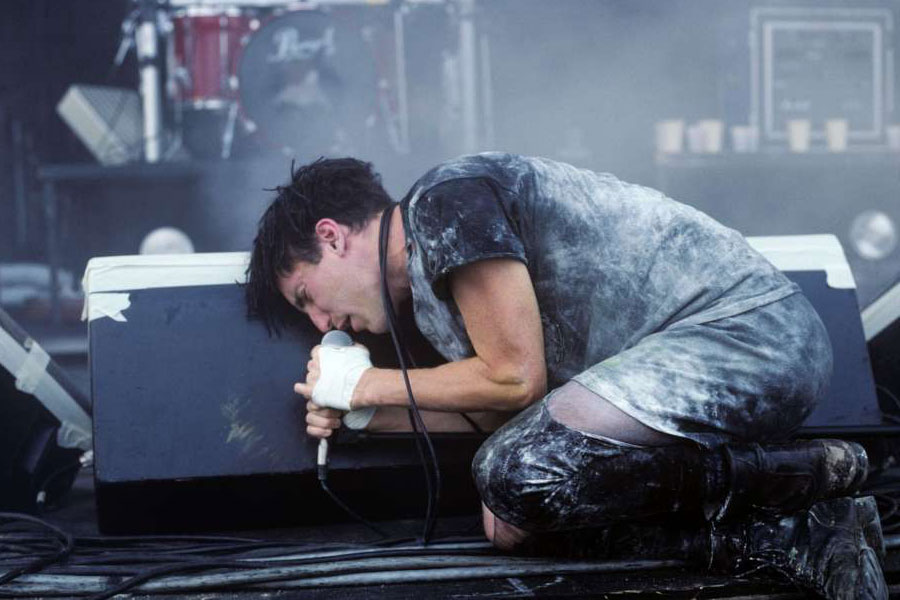 After years of grafting and touring, receiving relatively little recognition, and well documented internal squabbling, The Ramones decided to call it quits.

Retrospectively considered one of the most influential bands in alternative music, the punk legends used Lollapalooza to promote their planned demise making their performance one of the most distinguished performances of their career.

Over their 23-year career, they helped to form what we now know as punk, and made sure that people knew it, playing celebrated tracks such as 'Blitzkrieg Bop', and 'I Wanna Be Sedated'.

It turned out to be one of a handful of opportunities to ever witness the band play on-stage together, as all founding members are now sadly deceased.

Now that the festival is a worldwide phenomenon, what better lineup could you want that the original Lollapalooza success-story bringing the authentic experience to each global event.

This is precisely what occurred in the São Paulo edition of 2013, with Pearl Jam headlining.

Paying tribute to The Ramones (who were fairly successful in South America), Eddie Vedder and co belted out a rousing rendition of 'I Believe In Miracles' to the grateful Brazilian festival-goers.

A heartfelt meeting of two legendary bands, especially Pearl Jam, whose mythology is so closely tied with Lollapalooza.

For more info on all Lollapalooza events, you can take a look at our guides here.