The Weeknd: Blueprint of a Starboy

The all encompassing social media tools we use on a constant basis have opened new ways of getting any combination of your name, face, and art out to the public. Viral media has helped songs like Black Beatles and Bad and Boujee reach the top of the charts in ways that were unthinkable a few years ago.

But what Rae Sremmurd have found out and what Migos are destined to realise is that blowing up too quick and trying to get your name out there as much as possible almost always ensures you'll be a flash in the pan.

With attention spans getting shorter, it takes a fine balance between getting your brand into the public consciousness and maintaining enough mystique to keep people interested.

The perfect example of this is the lust-fueled, Canadian R&B superstar The Weeknd.

What makes The Weeknd's rise so interesting is its different phases. You can cut his career thus far into four distinct eras, each leaving their own mark. 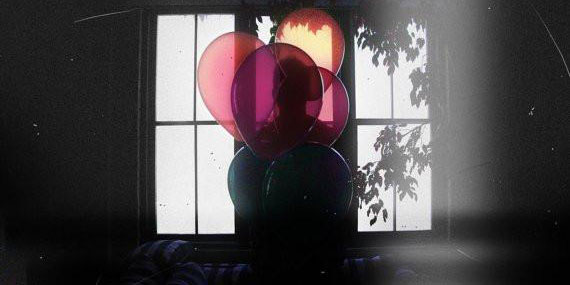 In late 2010, three songs were uploaded to YouTube by an unknown act called The Weeknd. Unsure of who was behind the music, or even whether it was a solo or group project, the only thing the music blogosphere was certain of was that these were some hot tracks.

On the back of this success, he released his debut mixtape, House of Balloons, to instant critical acclaim. However, The Weeknd still maintained his anonymity, refusing interviews and interacting mostly through Twitter.

This music-first approach helped him establish credibility, putting him on the music map while building buzz around his mysterious identity. 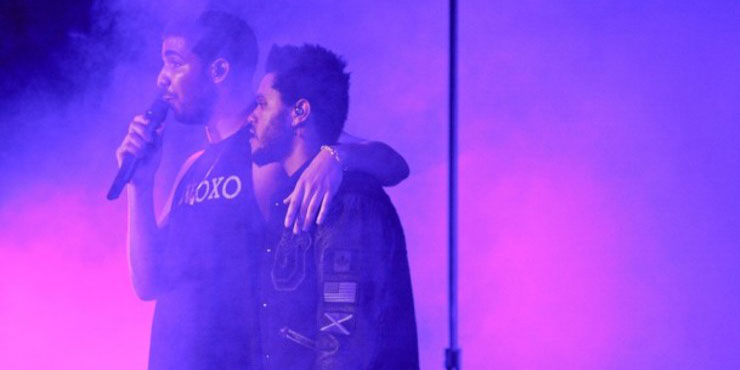 If there's one thing we know about Drake, it's that he loves his city. Hailing from Toronto, the 6ix God loves to showcase talent from his home town. And it just so happens that The Weeknd is from Toronto too.

After finding The Weeknd's first songs online, Drake wrote a post on his blog praising them, then asked the fledgling singer if he wanted to collaborate.

What came out of this fruitful partnership for The Weeknd was five writing credits on Drake's multi-platinum sophomore album Take Care, a feature on the top ten single Crew Love and a verse from Drake on his second mixtape, Thursday.

Though the relationship between the two has had its ups and downs, there's no denying the benefit both artists have received from it. For The Weeknd, it allowed his name and his voice to reach a massive audience and set the table for his assault on the charts, while still upholding a bit of mystery.

III) The Hair and The Singles 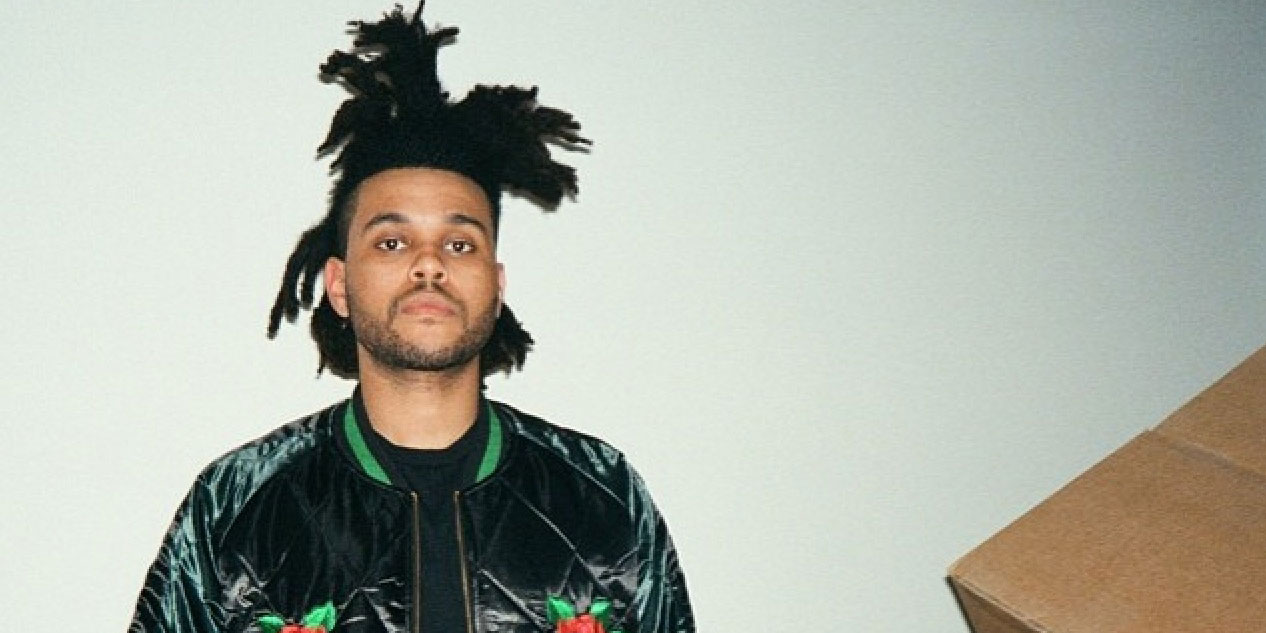 By 2012, with the critics on his side and his name in the public sphere, it was time to take centre stage. Having always shied away from the spotlight, he switched gears, now deciding to create a larger than lifer persona. He started growing out his hair and eventually came up with what Rolling Stone aptly described as "a rare double mullet: party in the front, party in the back."

He combined his instantly recognisable hairdo with the biggest gamble of his career: becoming a singles artist.

The Weeknd's three mixtapes, which were remastered and compiled into his Trilogy album, had won people over not for any one song, but for the atmosphere they created. It's important to remember that when his music started to gain traction, it was completely absent from the radio. Say what you will about the relevancy of the medium, building a following without it is a rare achievement, even to this day.

Fast-forward to 2015 and The Weeknd became the first artist ever to simultaneously hold the top three positions on the R&B singles chart and only the twelfth in history to score back-to-back number one hits on the Billboard Hot 100.

Using the goodwill and recognition earned from being a critical darling, The Weeknd changed tactics and streamlined his sound to launch himself into the singles-oriented world of pop.

By 2016, The Weeknd was one of the biggest hitmakers in the world. His 2015 album Beauty Behind the Madness yielded two number one singles The Hills and Can't Feel My Face, and these, combined with his previous single Earned It, scored him the record for most consecutive weeks with a top ten single for a solo male artist.

So when he dropped the video for Starboy as the lead single for his latest album of the same name, what did he do? Switched it up again.

Literally killing off his old self, along with his trademark locks, in the first minute of the video, this was a clear sign of the end of an era. No longer needing to play the character of a pop star with larger than life features, he himself had now transcended into superstardom his own right.

And when you look at the numbers, it's hard to argue with that. Due in large part to the steady string of hit singles, the album Starboy set records for most streams in a day, week and month, and every song (18 in total) charted on the Hot 100.

Headlining festivals around the world this summer, breaking records and cementing his place atop the charts seven years into his career, the force that is The Weeknd is now stronger than ever.

Never staying in one lane for too long, he's been able to maintain public interest in a way that is completely modern. Knowing when to manoeuvre in the shadows and when to pounce, the new king of pop is creating the blueprint for how to launch a career under the new rules of the music industry.