Cherry Glazerr: "I like to shut up and play the hits, you know?"

Los Angeles' Cherry Glazerr has seen several manifestations in its six-odd years, but at its heart has always been Clementine Creevy. The third record Stuffed & Ready, released earlier this month, sees Creevy take a bigger hold of the project herself and the natural result is the most inward-looking Cherry Glazerr album yet.

We spoke to Creevy on a recent press trip to London to discuss self-reflection, hefty sounds, and the empowering process of putting beliefs into practice.

Clementine, firstly congratulations on Stuffed & Ready. How do you feel to have it out?

Thank you! I'm so happy to have it out, because we had so much fun making it and I am so happy to share it and be able to play it. We were on tour all of 2017, and then in 2018 we did some sporadic touring and made two records, and this one was my favourite of the two. The other one I think we're going to translate into an EP.


I wonder if writing and recording an album is a process, like “I feel this way and so that is what I’m going to try and convey”, or whether it’s more an exercise and experience in learning yourself, you know?

Mmm, I never sit down and think about what the full-on theme is going to be until I finish it. I mostly create these songs out of necessity – whatever I'm feeling at the time – and then the theme always becomes very apparent at the end of the process. 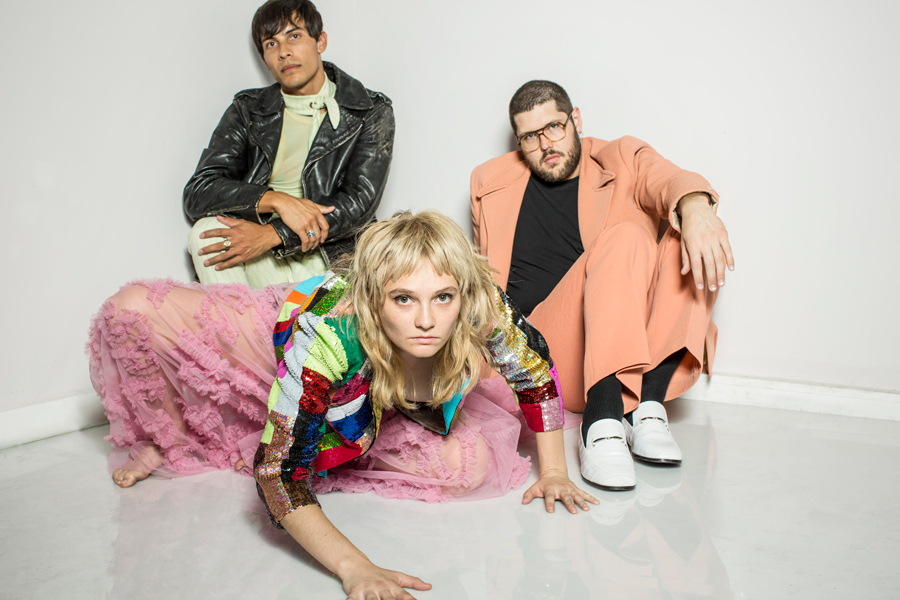 With the new record though, there seemed to be this sense of giving yourself, or letting yourself be taken by the unknown and the overbearing – “Flesh and bones, giving in”. Is that fair to say?

Definitely! The album is a lot about self-reflection and power structures, and the battle between the self and what the self wants to be. Sort of dealing with these power structures within the patriarchy when you yourself are trying so hard to change your own mind-frame and how isolating that can be – hence songs like 'Isolation'.

It’s almost reflected in the sound, too. There’s a lot more of that chorus-y shoegaze tone in your guitars, although actually come to think of it there are some mighty hefty bits too.

Haha, “hefty”. I think that's a great term to describe some of the moments on the record, I haven't heard anyone call it that yet. I think you just did that.

Ha! Well, you can use that. Do you think with Sasami leaving that those bigger moments came as a natural result? There were of course hefty moments on previous records, but they seem a lot more locked in now...

So much more locked in! I didn't need a full-time keyboard player so when I asked her to leave it was because I really wanted to get back to a three-piece. I'm so happy for her with what's going on with her own music and she's happy too so it worked out great. But yeah, it's been so nice to get back to a three-piece, I can really get my head around the arrangements and had a lot of fun writing the bass-lines on Stuffed & Ready, as well as Carlos [de la Garza, producer] who wrote a lot, and Devin [O'Brien, touring bassist], who wrote some too. But I had a heavy hand in the bass writing so that was really nice.

How does that work then as a collaborative effort?

For this record I had all of these guitar lines and vocal melodies, and I came in with a batch of songs to Carlos, and we worked together on creating the arrangements, and Taber had an important role in coming up with some killer drum parts and drum machine aspects. He's a hefty drummer! [laughs]

I feel like I've taken a lot into my own hands with this record, which has been a lot of fun.

You won wide acclaim with Apocalypstick, and I think it earned you this reputation for being fiery and outspoken. That can only be a good thing, but do you feel any pressure in that regard, particularly when, as you say, this record is a lot more insular?

I try not to think about stuff like that. I just feel really lucky and grateful that we get to play the songs for people and the fact that it's been critically acclaimed has been a nice, reassuring pat on the back for something I already knew was good [grins widely].

Do you think the self-doubt, or perhaps just healthy self-reflection, is resolved at all by putting it in your music?

That's a good question, I think to me the greatest success is making music. It really feels like my purpose as a person. I feel lucky that I have that, because I know what makes me feel better than anything in the world.


A lot of people are still looking for that…

Yeah! And I just feel really grateful that I have something to turn to all of the time. I think in a lot of ways it is very helpful in allowing me to work out my feelings and issues within myself. I just think it's so much fun, really, and I can't imagine living life any other way. Oftentimes when I am stressed out I'll play the guitar, but I'm always playing the guitar anyways.

I do feel like when I'm very sad I play the guitar, and I cry a lot and it's this unleash of emotions. And then I turn these songs into songs for myself. But I see writing songs as doing something for yourself and performing as something for others, sharing them. That's why I like to shut up and play the hits, you know? I love to put on a show, and I don't get very nervous because I just see it as something that's so much fun to do, this kind of unified party.


I read in a review of the album how you like to hone in on particular lyric and repeat it, and how that stands out amongst a context of self-doubt, which I thought was particularly incisive. What is it in a lyric that makes you think, “Yeah, I want to repeat this”?

I love the direct simplicity of a lot of my lyrics, and when I feel that way about them I feel that they have even more power when they're repeated, yeah.

Enough self-reflection. What are you looking forward to in the future, both personally and for Cherry Glazerr if indeed they can be that easily separated?

I feel really happy and lucky to be alive during this time because there's so much cool stuff happening right now, artistically. I'm excited about a shift towards a certain philosophy and way of seeing things. That is, giving women certain capabilities in our minds, and that's something that I'm excited to be a part of. Also I feel very creatively fluid right now and I'm just stoked to play these songs, and get better at them and let them transform on the road.


Can you elaborate a little on the first point?

I see a lot of feminist thinking as a practice, and that things become easy to manifest if you practice them. I know it sounds cheesy but I've recently learnt to both trust myself and love myself. I don't put that in my art I just try to live that way. But that is why I made this album; a lot of people asked me "Are you worried about being so frank and sad?" And it's like, well I made the decision to put out this record and I had to make a decision about that. I couldn't just let it go and be afraid, you know? That would be such a neurotic place to be as a person.

So I just think that certain things that we want to see in the word become easier to manifest if we practice them in our minds as being reality. I think that's something that a lot of people are starting to realise and do, and that makes me really happy. 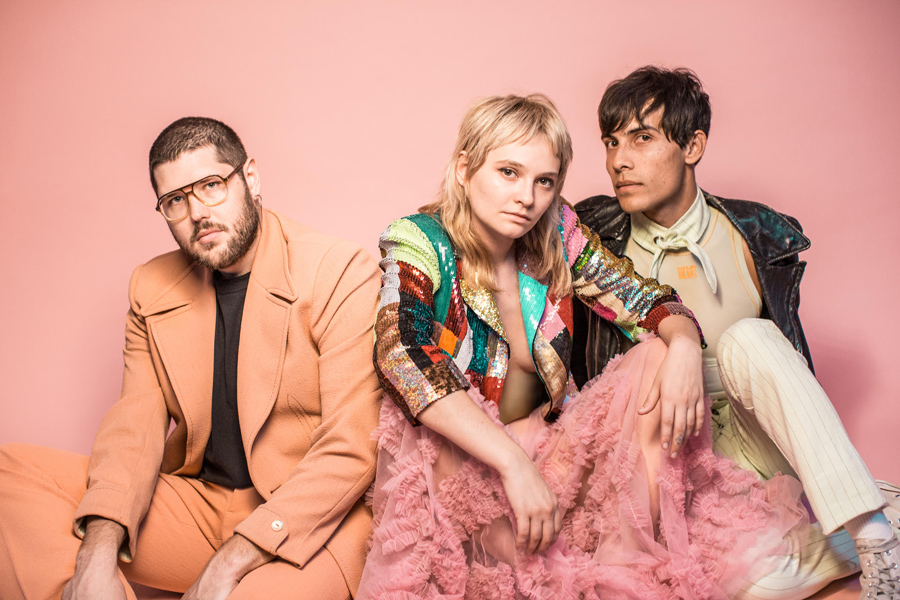 Stuffed & Ready is out now via Secretly Canadian.