Spanish festival Bilbao BBK Live have announced further acts for their forthcoming edition, including headliners Liam Gallagher and The Good, The Bad & The Queen.

With the day splits having also been revealed, it has been confirmed that the newly added Liam Gallagher joins a fellow frontman of an iconic (but albeit very different) British band at the top of the bill for Thursday 11 July, as Thom Yorke brings his Tomorrow's Modern Boxes show to the northern Spanish city.

The Good, The Bad & The Queen – a 'supergroup' comprised of Damon Albarn, Paul Simonon from The Clash, Simon Tong from The Verve, and legendary Afrobeat drummer Tony Allen – headline on Saturday 13 July alongside Weezer.

See below full the full lineup so far, including day splits, and head to our guide for more information about the festival 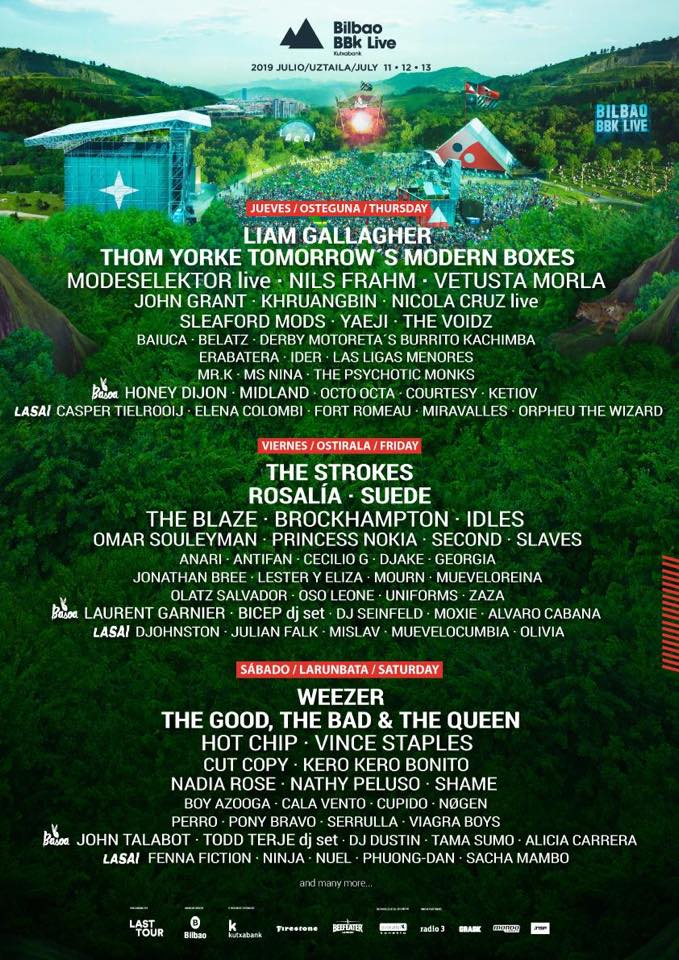