Björk, Groove Armada and Metronomy have been announced as the three headliners for Bluedot Festival 2020, set to take place on 23-26th July 2020.

Also confirmed to be appearing at this summer's festival are Tim Peake, who is announced as the festival's first major science headliner, as well as Spiritualized, Róisín Murphy, Squarepusher, Tangerine Dream, Ride, Daniel Avery, Seth Troxler, HAAi and many more who join its music lineup.

Bluedot have also revealed a small taste of further things to come with their culture and science programme, with the Dot Talk themes set to explore futurology, consciousness, artificial intelligence and the depths of space via astrophysics and astronomy.

Beyond Dot Talks, highlights among the arts and culture offering include Celebrating 42: Hitchhikers Guide to the Galaxy Live, a stage show featuring series performers and producers, written especially for Bluedot; Is David Bowie a God? a comedic, musical exploration of the legend’s messianic status; the Pankhurst Sessions, a programme of talks, panels and screening curated by the activist and great grand-daughter of Suffragettes leader, Helen Pankhurst.

And its comedy lineup will include performances by Phill Jupitus and British comedian, actor and director Adam Buxton.

Tickets to Bluedot Festival 2020 will be going on sale at 10am on Friday 14th February. Subscribe here for first access to the ticket sale. 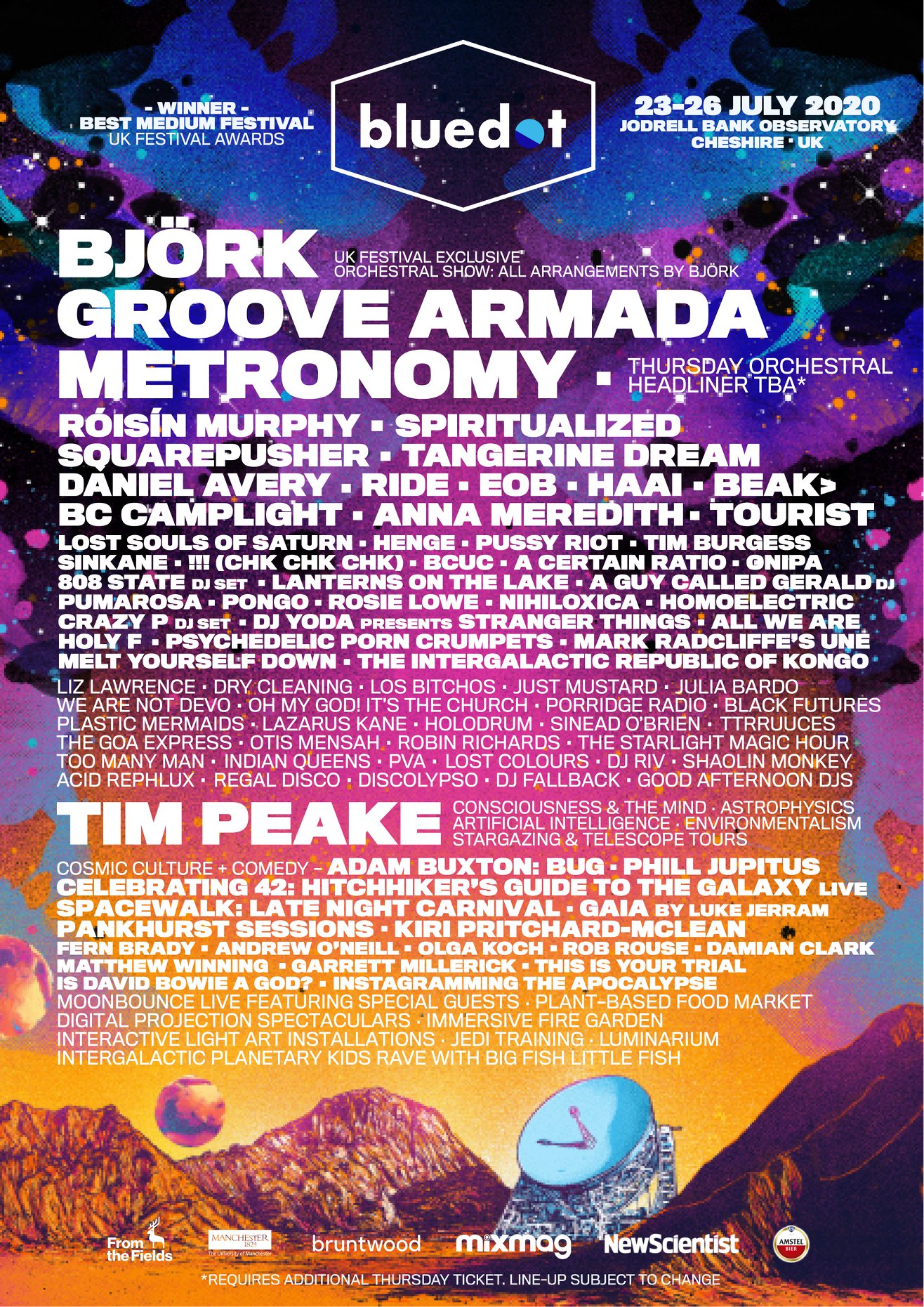