Having already announced the Australian psyche-rockers earlier this month, the festival have now revealed the rest of their musical lineup, as well as a colourful selection of activities, workshops, experiences and more.

Glaswegian trio CHVRCHES take the sub-headline spot. Having burst onto the scene in 2013 with their certified-Gold debut album The Bones of What You Believe, which spawned a massive seven singles – the epic synth-pop of The Mother We Share, Recover and Gun – the three have gone onto dominate the radio and charts.

Follow-up Every Open Eye secured the band's place as one of the most intriguing and exciting voices in UK pop. They're now gearing up to release their third album, Love Is Dead, ahead of their Citadel set this summer.

Also performing are south London’s finest, Fat White Family, in what will be a London exclusive. Their confrontational brand of experimental rock, post-punk and outspoken views have made them stand out in an often-crowded musical landscape.

Elsewhere, there will be sets from the French psychedelia outfit La Femme, whose enigmatic yet accessible brand of wonky rock and roll have earned them nods from The Guardian and Dazed, the prolific The Horrors, whose experimental take on indie rock and post-punk has seen them dance around genres to become one Britain’s finest exports.

Away from the music, Sunday Papers Live will be returning, bringing broadsheets to live with a rousing assortment of speakers, politicians and comedians, while the Science Camp will be laying on an array of scientific experiments and explorations, to name just two.

Curated by a number of promoters and brands, such as Clash, Communion and Last.fm, Citadel's eclectic showcase is the perfect excuse to kickback in the summer sun. 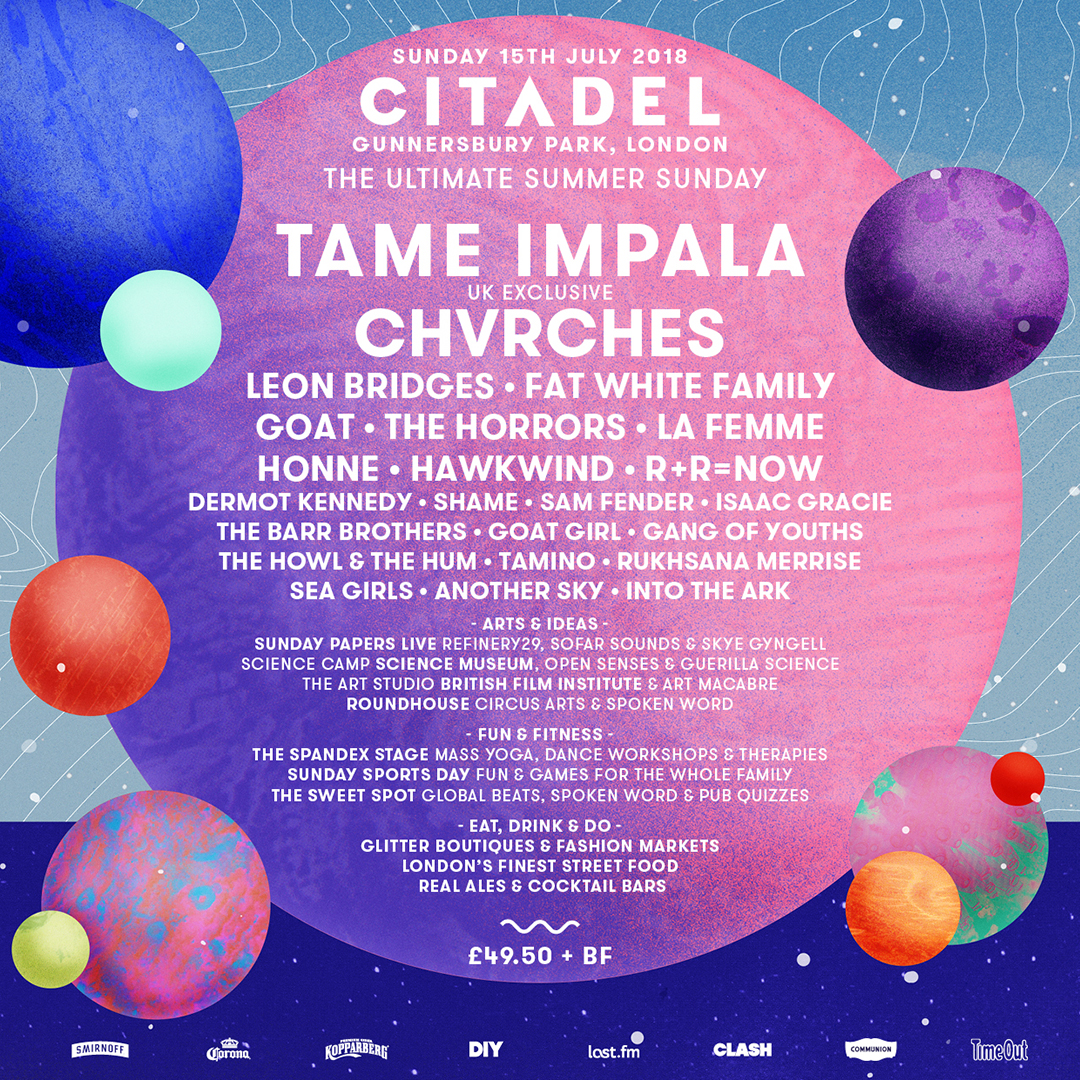 Citadel will take place on Sunday 15 July 2018 in west London's Gunnersbury Park. Find out more on our guide, and book your trip to this summer's festival here.