Florence + the Machine has been confirmed as the latest headliner for BST – British Summer Time.

They will headline Hyde Park on Saturday 13 July, topping a bill that includes The National, Lykke Li, Khruangbin, Nadine Shah and more.

The announcement follows a remarkable year for Florence in which she released her fourth studio album, High as Hope, to critical acclaim, and also sold out London's O2 Arena for two remarkable homecoming shows.

Tickets to this show are now on sale. 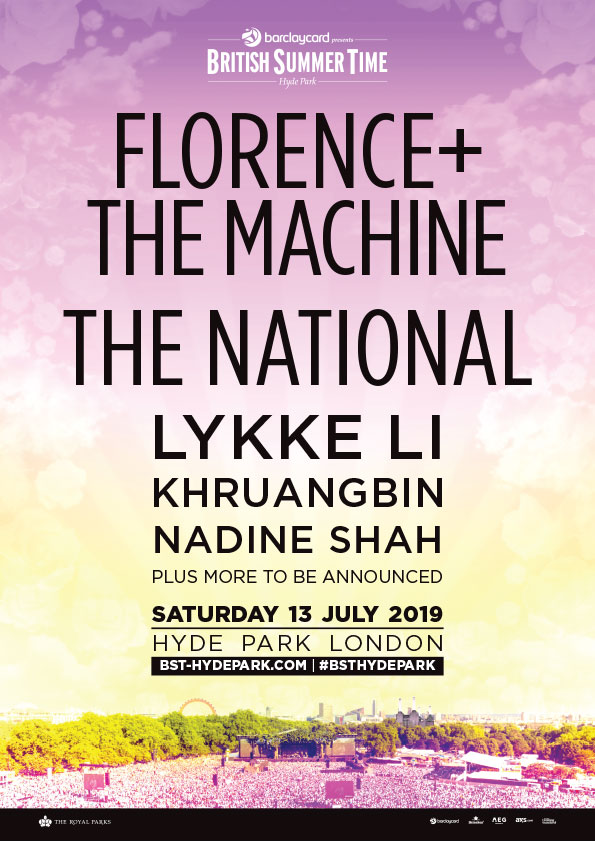