More names have been announced for the forthcoming edition of BIME Live, the biggest indoor festival in Spain. Among the latest acts confirmed to be heading to Bilbao on the first two days of November are Foals, joining previously announced headliners Kraftwerk and Jamiroquai at the very top of the bill.

Additionally, the lineup has been announced for the festival's 'Goxo' stage, a new addition to the festival last year which is focused on showcasing Spanish trap talent, alongside proponents of experimental and global club sounds. This year it will host performances from Kaydy Cain, Branko, Brat Star, and Coucou Chloe

See below for full lineup, and head to our guide for more information about the festival. 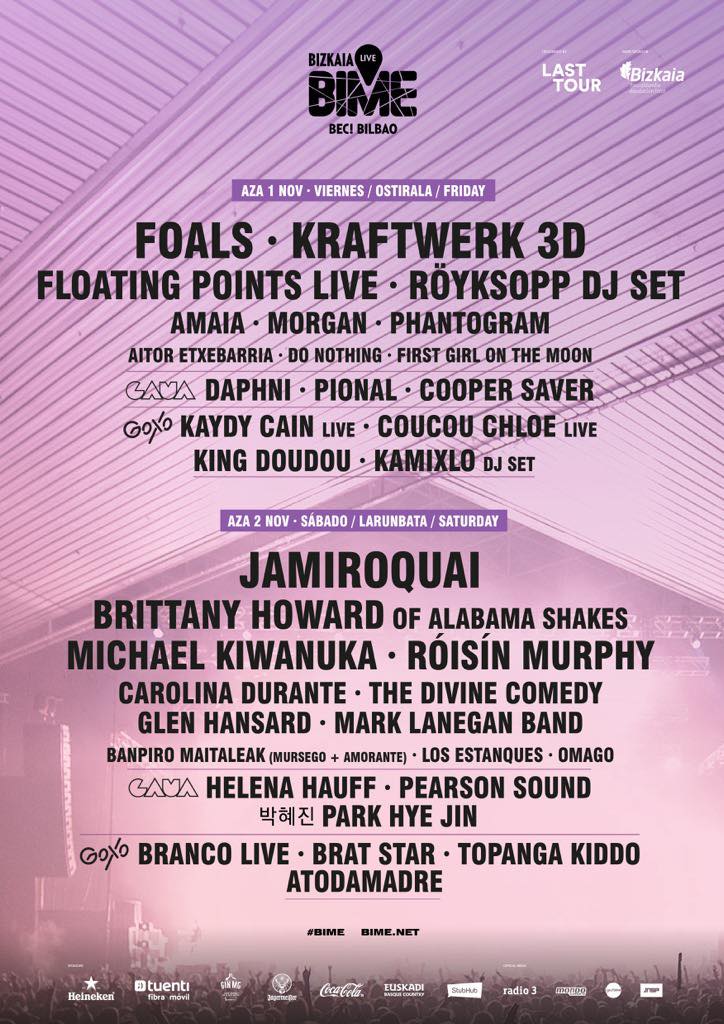