The Kooks and Blossoms have been confirmed for Community Festival, which will be returning to London's Finsbury Park next June.

Marking its third birthday, the indie celebration will once again be curating a lineup of some of the best loved British guitar bands, led by The Kooks and Blossoms.

The festival will be The Kooks biggest headline show to date as they bring their long list of hits to London, including 'Naive', 'She Moves In Her Own Way', ;Always Where I Need To Be' and 'Seaside'.

On their headline sets, Kooks' frontman Luke Pritchard said: “It’ll be 15 years since we first formed as a band next year, and I can’t think of any better way to celebrate than headlining our biggest show to date at Community 2019. It’s been an incredible journey that’s taken us around the world, playing to so many of you and changing our lives completely - we can’t wait to have the biggest party of the summer. See you there.”

Joining them will be Blossoms. Regarded as one of the UK's most exciting bands this decade, the band come armed with a catalogue of anthems from their two critically acclaimed albums. 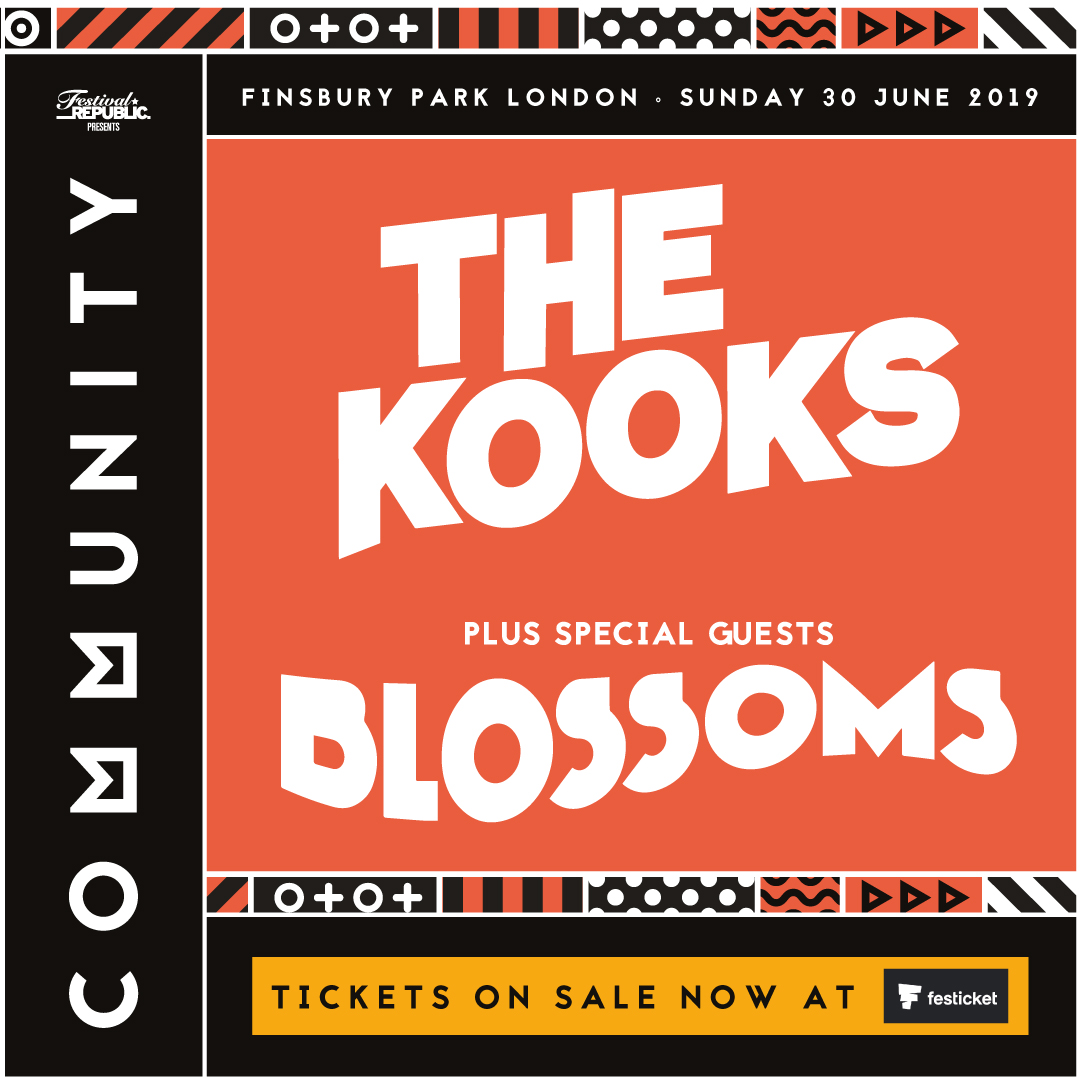