Liam Gallagher and Stereophonics have been confirmed as the two headliners for the brand new RiZE Festival, which will be taking place on Chelmsford's Hylands Park this August.

Celebrating its very first year RiZE Festival aims to bring together an exciting mix of the very best music, from classic indie and pop, to urban, dance and upcoming talent across four stages at the iconic Essex site.

Fresh off the back of his well-received solo album As You Were, ex-Oasis frontman Liam Gallagher will headline the main stage on Friday night.

Described by Live4Ever as "a record where both lyrical astuteness and biting vocals meet with enticing effect", As You Were is an album that proves the ex-Oasis frontman is as relevant as ever.

Fans can expect recent singles Wall of Glass and For What It's Worth, as well as Oasis classics such as Rock 'N' Roll Star and Wonderwall to provide huge singalong moments.

One of Britain's best live bands, Stereophonics will make their festival return this summer to close RiZE Festival, as well as performing at Scotland's TRNSMT and two huge stadium shows in Wales.

The band are currently on a massive UK tour throughout February and March in support of their recently released gold album, Scream Above The Sounds, which is their tenth studio album and comes as the band celebrate twenty years since their debut.

Tickets and accommodation to RiZE Festival 2018 are now on sale. Book your trip to this summer's festival here. 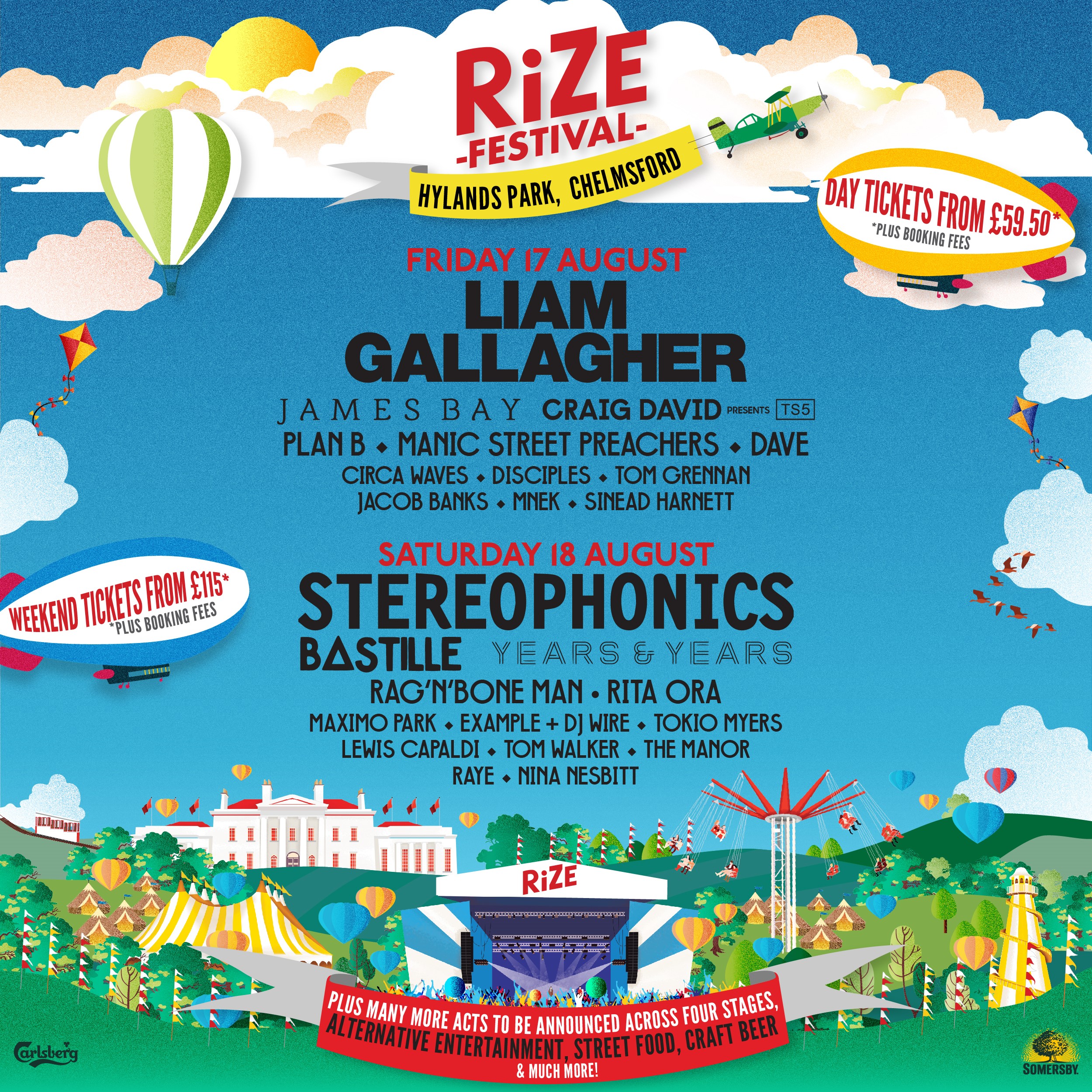 RiZE Festival will take place on 17-18 August 2018. Find out more on our guide, and book your trip to this summer's festival here.