Neighbourhood Weekender have announced their full line up for the 2020 festival, which will take place in the UK town of Warrington on 23-24 May.

Ian Brown, formally of the hit band The Stone Roses, will be making this his first major solo appearance in his hometown in almost a decade. Brown released his self-produced album earlier this year named 'Ripples' which was received very well by critics and fans who were excited for his return.

Brown is joined by Catfish and the Bottlemen, the alternative, energetic rock band from Wales. The band come to Neighbourhood Weekender 2020 following a sold out tour, global appearances at major festivals, and their new album The Balance.

Other live artists include The Wombats, Miles Kane, Paul Heaton & Jacqui Abbott, Tom Walker, Shed Seven and Sam Fender, who will take to the stage alongside some of the biggest names in indie music Pale Waves and Sundara Karma.

Neighbourhood Festival in Manchester this year saw alt-pop names that will be heading to Warrington, such as The Sherlocks, The Magic Gang and The Big Moon.

The Murder Capital and Inhaler will be there representing their Irish blood in the name of hardcore post-punk. Whereas we can expect to see the alternative rock bands Sports Team, The Lathums and Working Men's Club who all experienced significant breakthroughs throughout 2019. Neighbourhood Weekender is once again one of the best places to find one of your new favourites amongst the new acts.

Tickets and accommodation to Neighbourhood Weekender 2020 are available here. 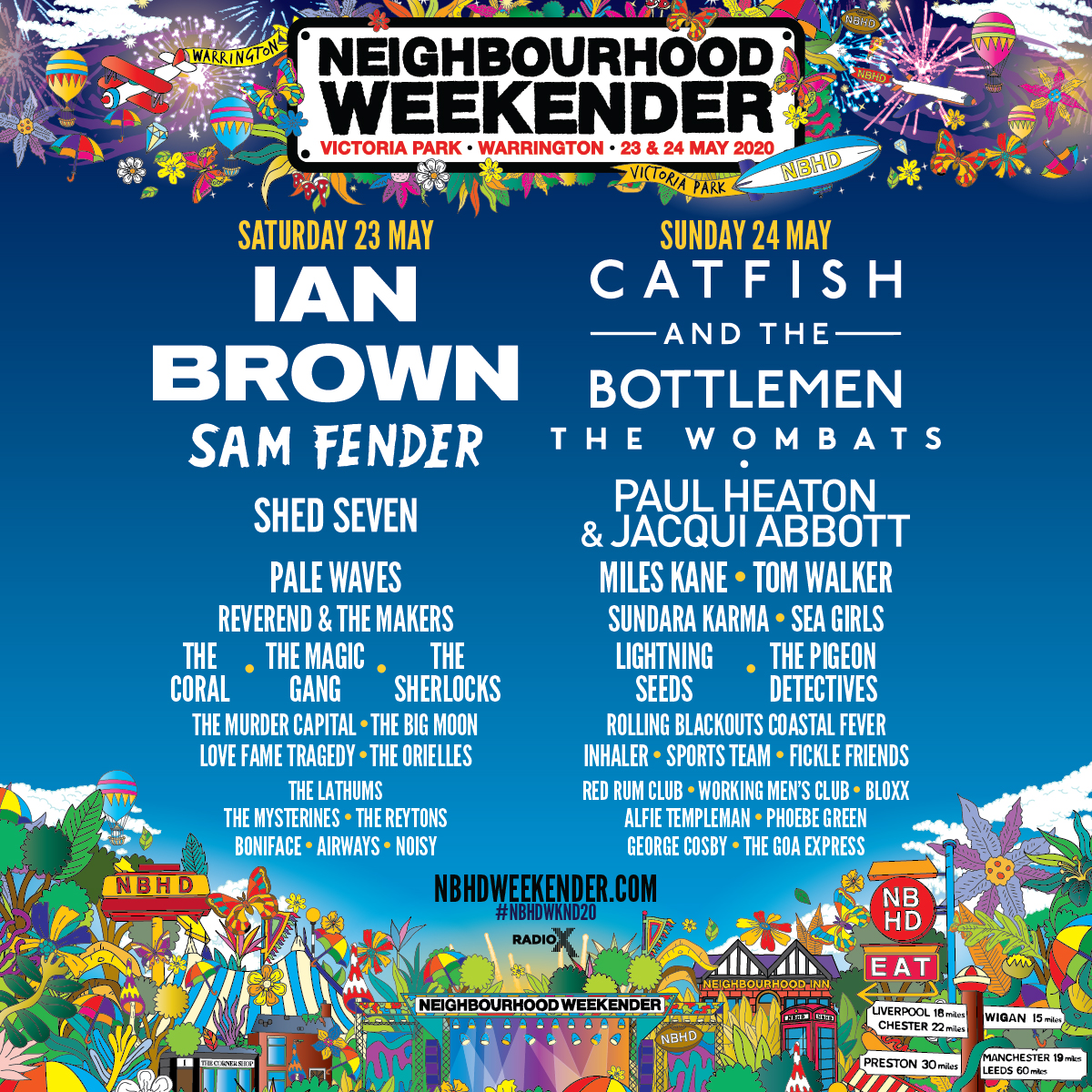