Pleinvrees on Tour is a four day event stretching from 1 February to 28 March, which the famous party brand Pleinvrees take themselves to four special locations across the country.

Since 2010, Pleinvrees have been holding intense, incredible house and techno parties, and are known for pushing the boundaries of electronic music and introducing us to up-and-coming underground artists. You'll leave having discovered your new favourite DJ.

Beginning in the wonderful city of Utrecht on the 1 February 2020, Pleinvrees have confirmed their first party will include a superset by Joris Delacroix. There will also be a special Mees Salome B2B Oliver Weiter set and two live performances from N'To and Seth Schwarz. Nicky Elisabeth has also been confirmed to be making an appearance in Utrecht.

Utrecht maintains a reputation for inviting some of the biggest brands and parties to its city every year, quickly rivalling Amsterdam as the party town of the country. Sat in the centre of the Netherlands, Utrecht is the fourth largest city and is the hub of religious culture for the country. 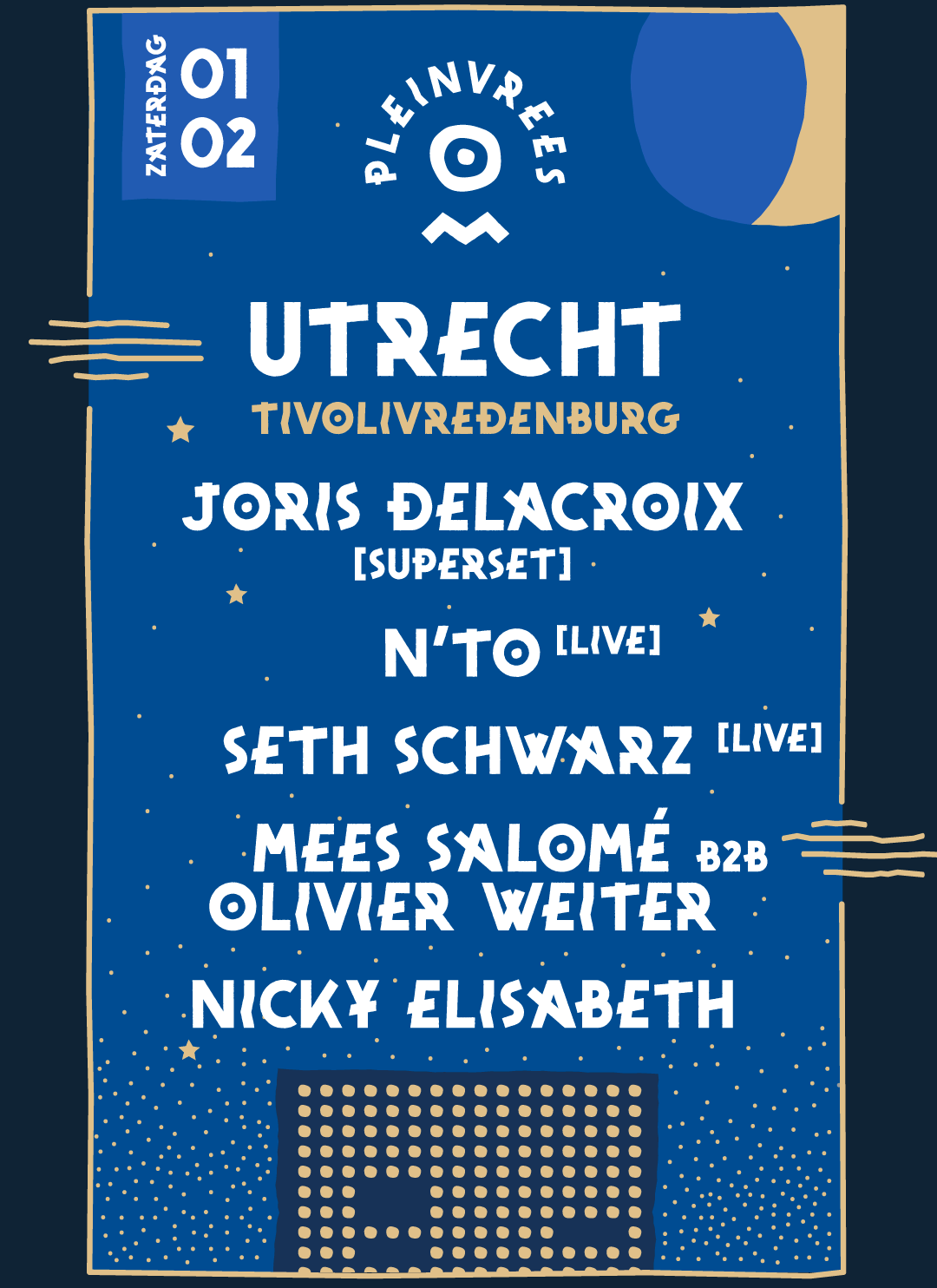 
Next on their schedule, Pleinvrees will meet you at De Oosterpoort in Groningen alongside Andana Twins, Konstantin Sibold and Flo Flux. There will be two back-to-back performances that day, by Nathan Homan B2B Andrew and Lennart B2B Jeroens. TJade are also set to perform in De Oosterpoort.

Groningen is the largest city in the North. At nearly 1,000 years old the city has seen many events from all eras pass through its city walls. With a beautiful canal running through it, Groningen boasts the same unique and beautiful architecture as the capital Amsterdam. 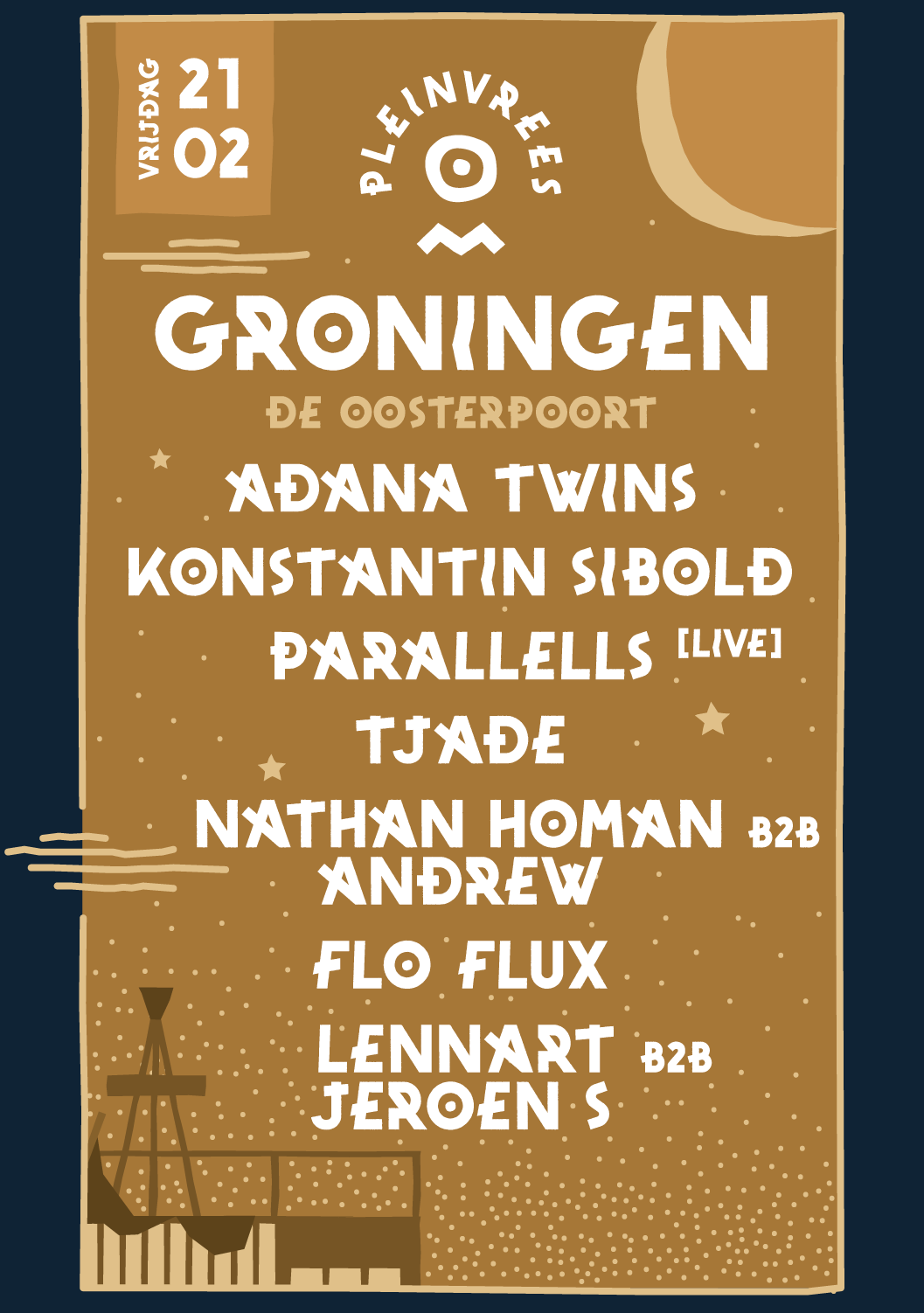 Only happening every four years, Pleinvrees on Tour will also be celebrating the illusive leap day (29th February) this year in the fantastic city of Nijmegen. There you will see a highly anticipated live set from Joachim Pastor. Other artists that will be gracing the stage at Doornroosje include Oliver Schories, Super Flu, Henry Saiz, Luna Ludmila and Tunnelvisions. There will also be another performance by Mees Salome, who is also performing a B2B in Utrecht earlier in the tour. 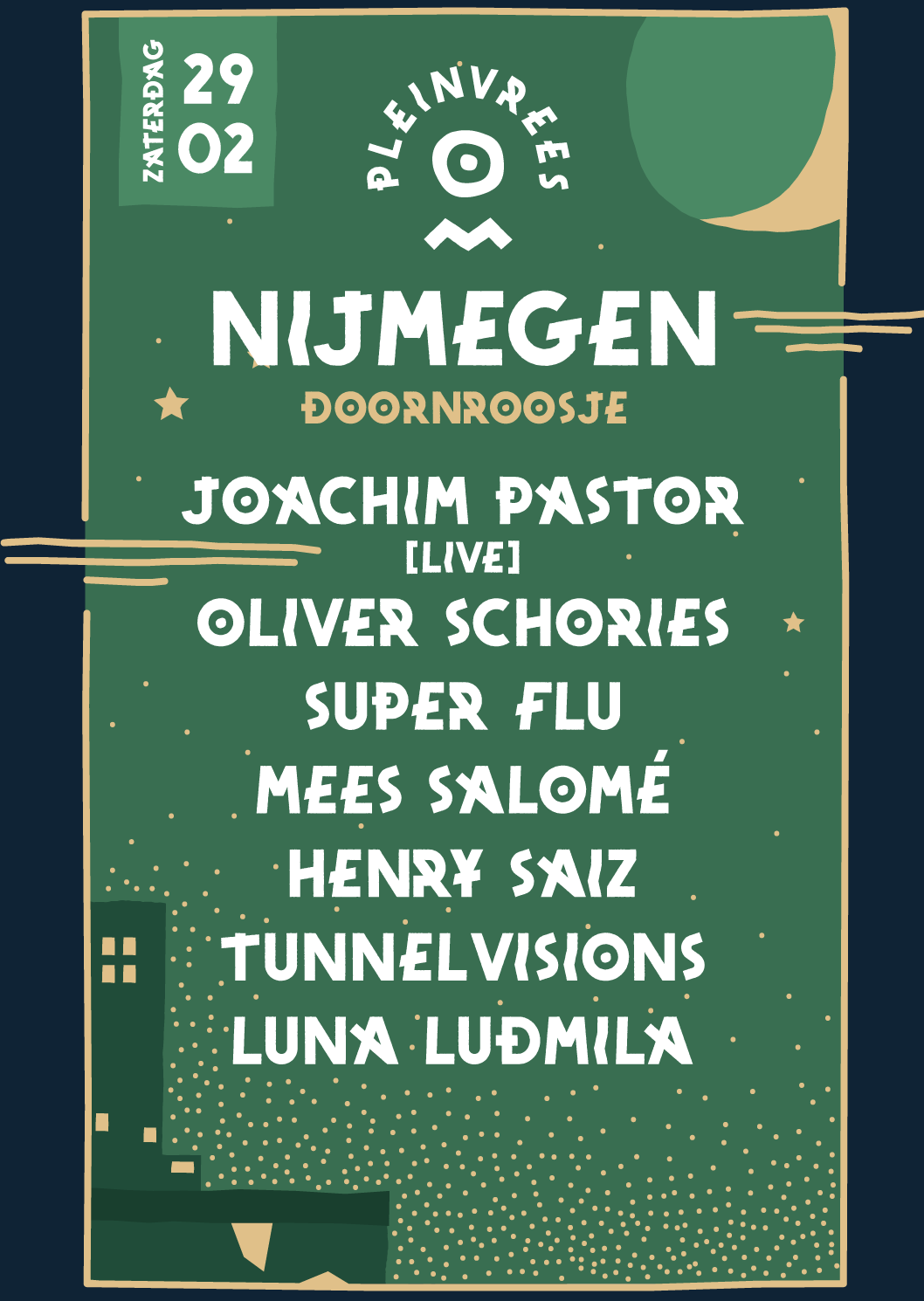 Finally we have Amsterdam. Nearly a month later, Pleinvrees on Tour will finish in the capital city of Amsterdam. Home to the Pleinvrees brand, they have invited Miss Melera, Finnebassen, Unders, Mitch De Klein and Yør Kultura. Super Flu will make their second appearance on the tour after also performing in Nijmegen. There will be a live set from Rodriguez Jr. and an exciting DJ set from Stavros.

Home to famous canals and historical buildings, Amsterdam is alive with music, food, and culture. 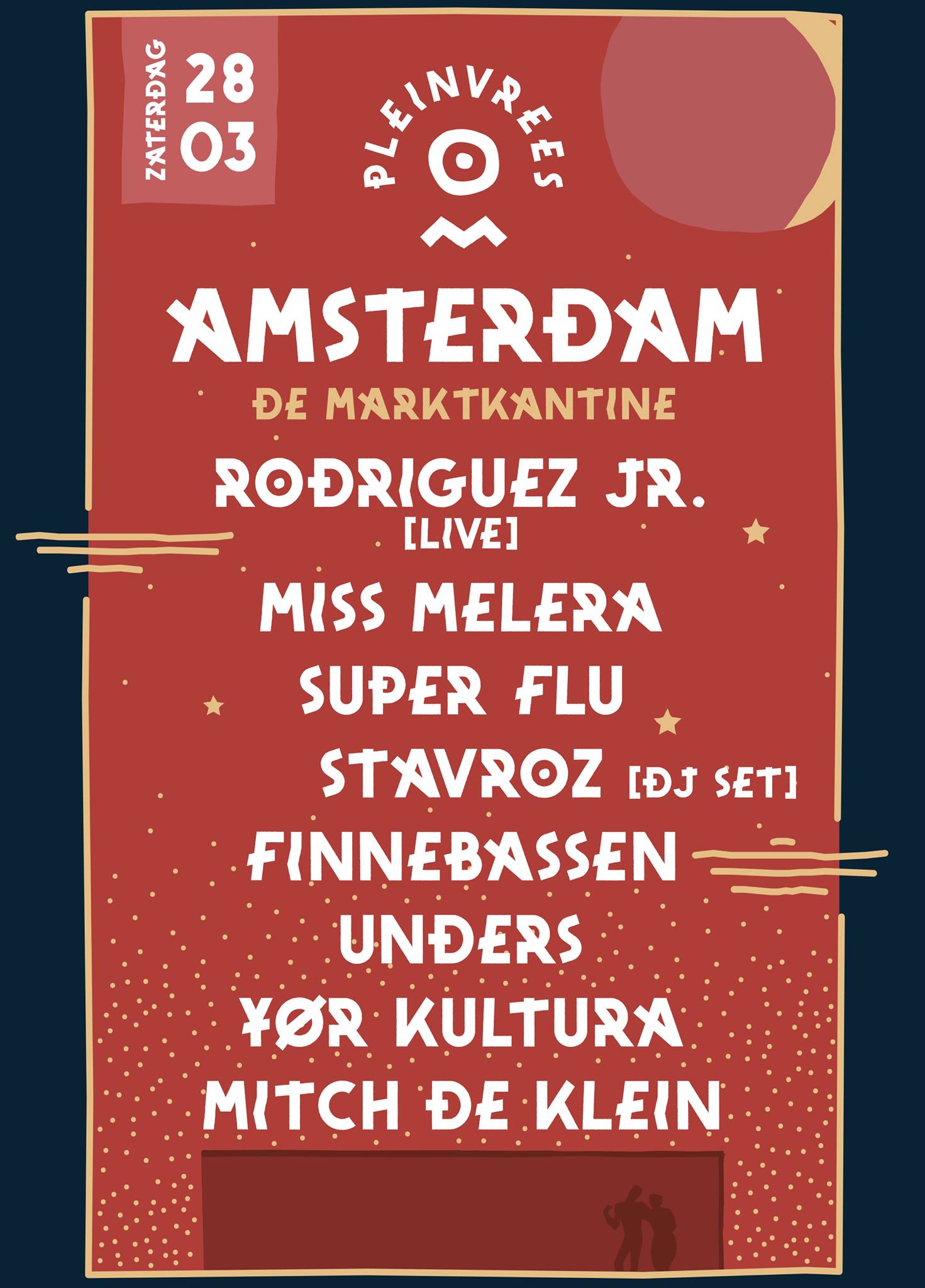 Pleinvrees on Tour tickets are now available. Visit the Festicket Guides to find out information about the particular events.