The time has finally come: Primavera Sound have revealed the full lineup for their 2019 edition.

Following cryptic messages on their social media platforms over the last few days, rumours had been circling about what 'The New Normal' could mean. And seemingly we now have our answer.

Essentially forgoing the traditional one or two headliners a day formula, the organisers have packed the top of the bill for each day with a wealth of talent, including the likes of Erykah Badu, Tame Impala, Solange, Future, Cardi B, Interpol, Janelle Monáe, Robyn, Nas, Christine and the Queens, James Blake and Mac DeMarco.

What's more, the festival have show clear intent to deliver on the industry-wide pledge to achieve equal gender representation on lineups, offering up a poster that is pleasingly un-dominated by men. But perhaps more importantly, it is one that is deservedly populated by a diverse mix of acts that have proved themselves to be worthy of inclusion over recent times, regardless of gender, genre, or generation.

Have a look at the full lineup below. 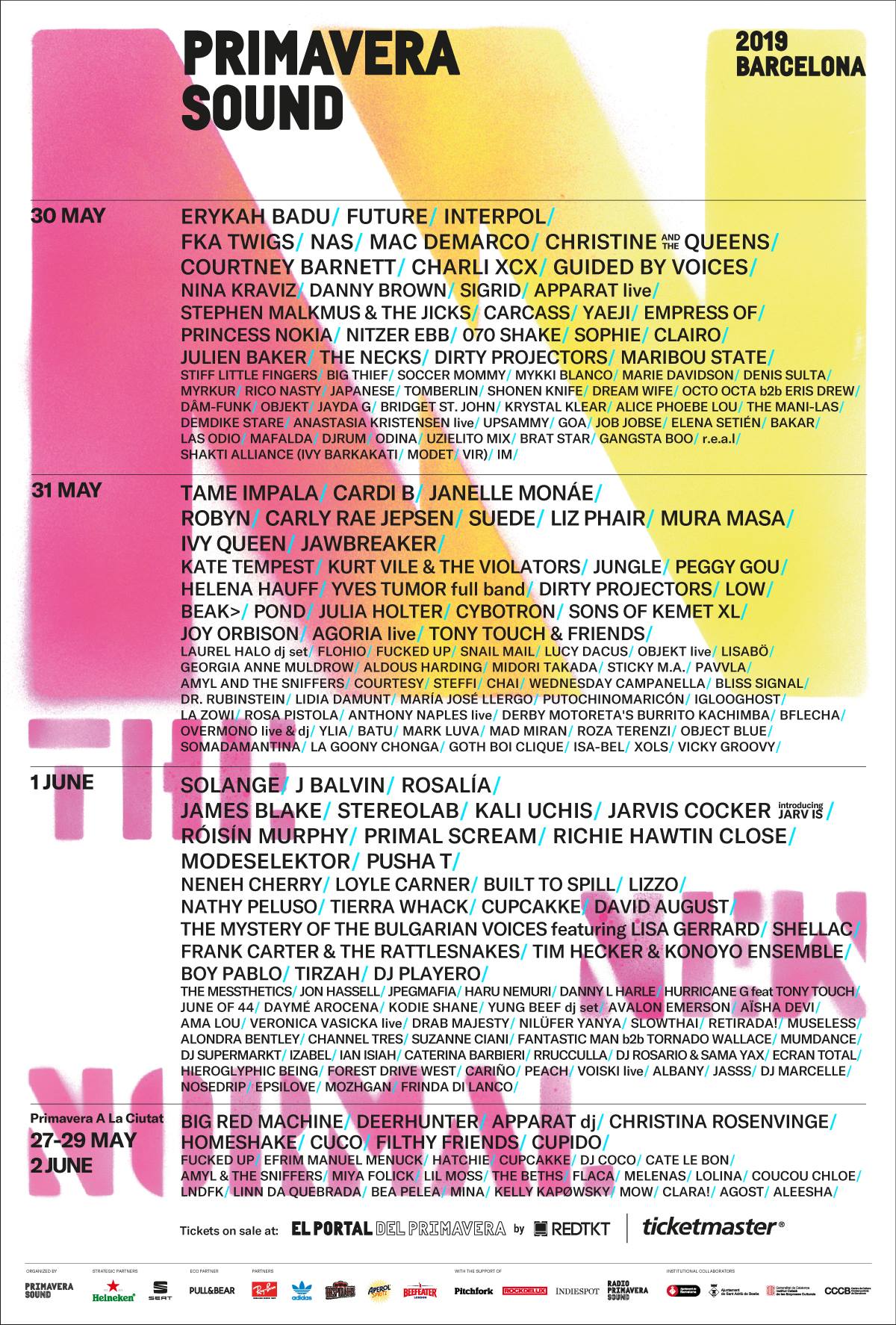