Ottawa's RBC Bluesfest have revealed a vast list of artists for their 2019 edition this July. Topping the bill are the likes of The Killers, Kygo, Alexisonfire, Logic, Snoop Dogg, plus Chvrches, Kane Brown, Wu-Tang Clan, Jessie Reyez and The Offspring. They join the ranks with Backstreet Boys, Alex Church and Jason Isbell and the 400 Unit, who were announced for the Canadian giant at the tail-end of 2018.

RBC Bluesfest began in Canada's capital in 1994 in the downtown Major Hill's Park, and therefore this year celebrates its 25th anniversary. Over the two and a half decades the festival has relocated to accommodate its ever growing crowds. This year it returns once again to the Lebreton Flats, taking place from 4-14 July. 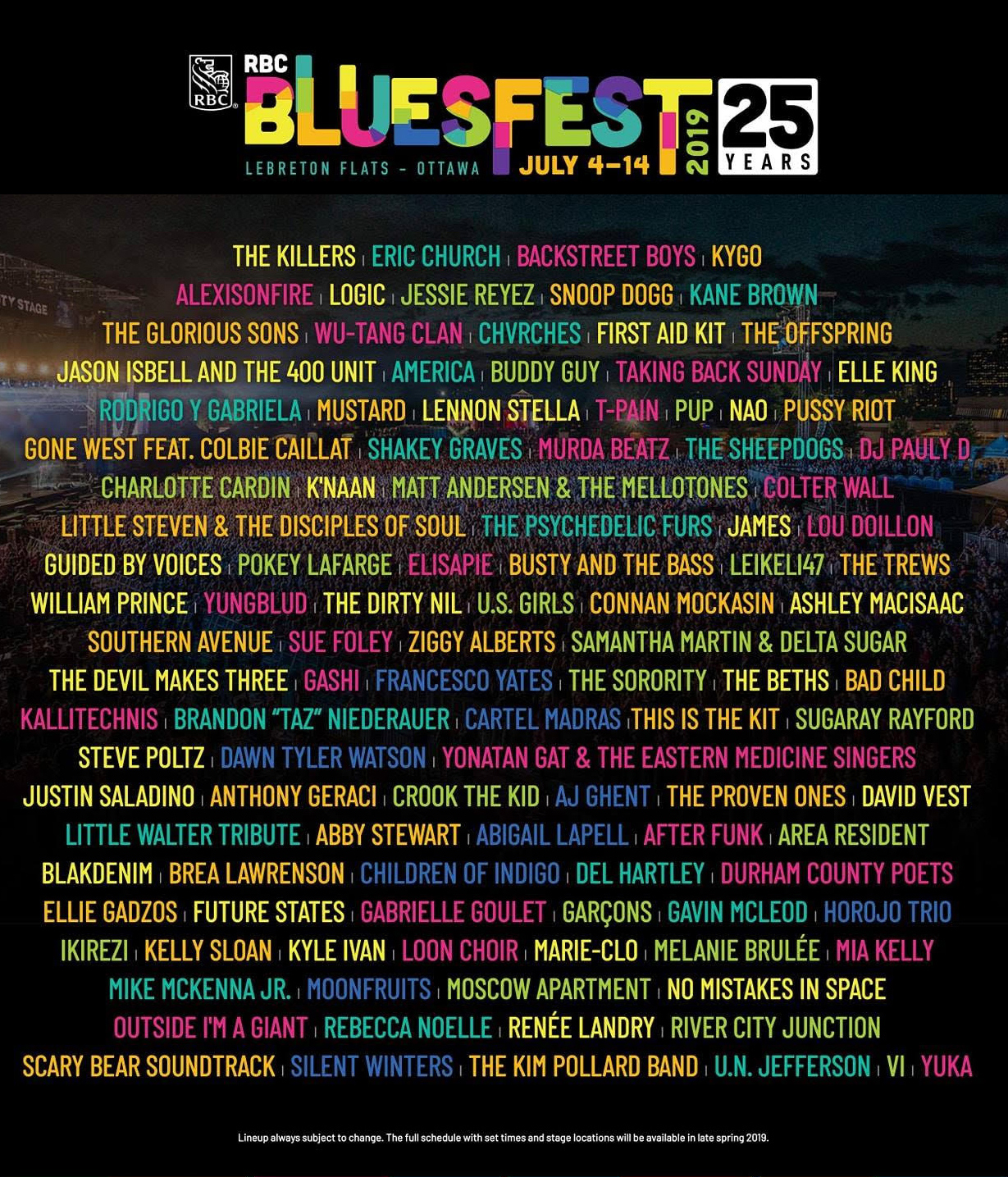 RBC Bluesfest takes place from 4-14 July 2019 at Lebreton Flats, Ottawa. Join our Waiting List to keep up to date with tickets, discounts and exclusive news & offers.