Stormzy and Rage Against the Machine join previously announced headliner Liam Gallagher at the top of the bill for legendary twin festivals Reading & Leeds, who have announced the first wave of acts for their respective 2020 instalments. 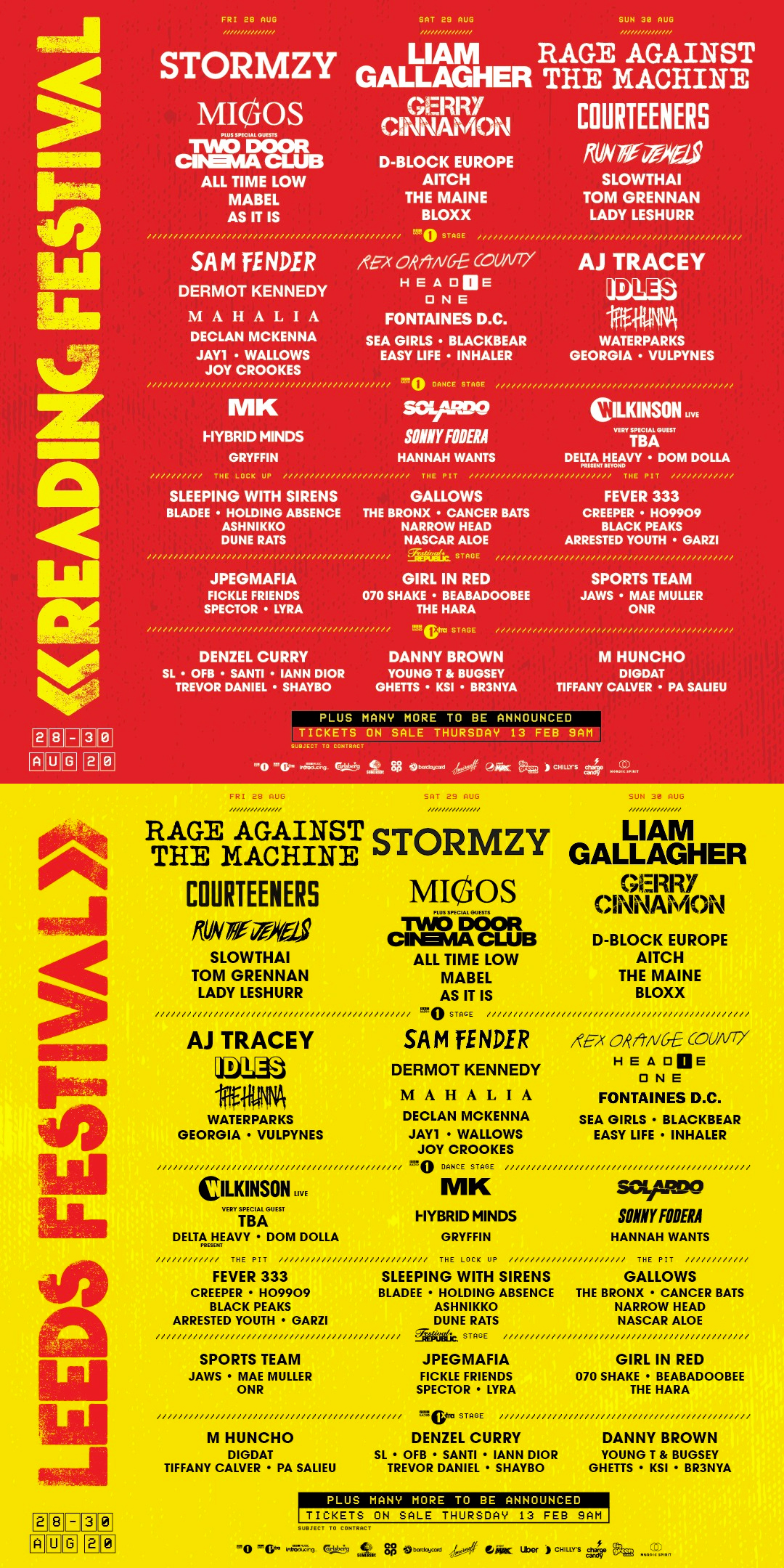