Stormzy, George Ezra and Snow Patrol are amongst the first names announced for TRNSMT Festival, taking place from 12-14 July in Glasgow.

Also confirmed to be performing across the weekend are Gerry Cinnamon, Richard Ashcroft, Bastille, Jess Glynne, Years & Years and Catfish and the Bottlemen.

Since taking the mantle from the now defunct T In The Park in 2017, TRNSMT has become the go-to Scottish event to see the biggest acts on the rock and indie spectrum. 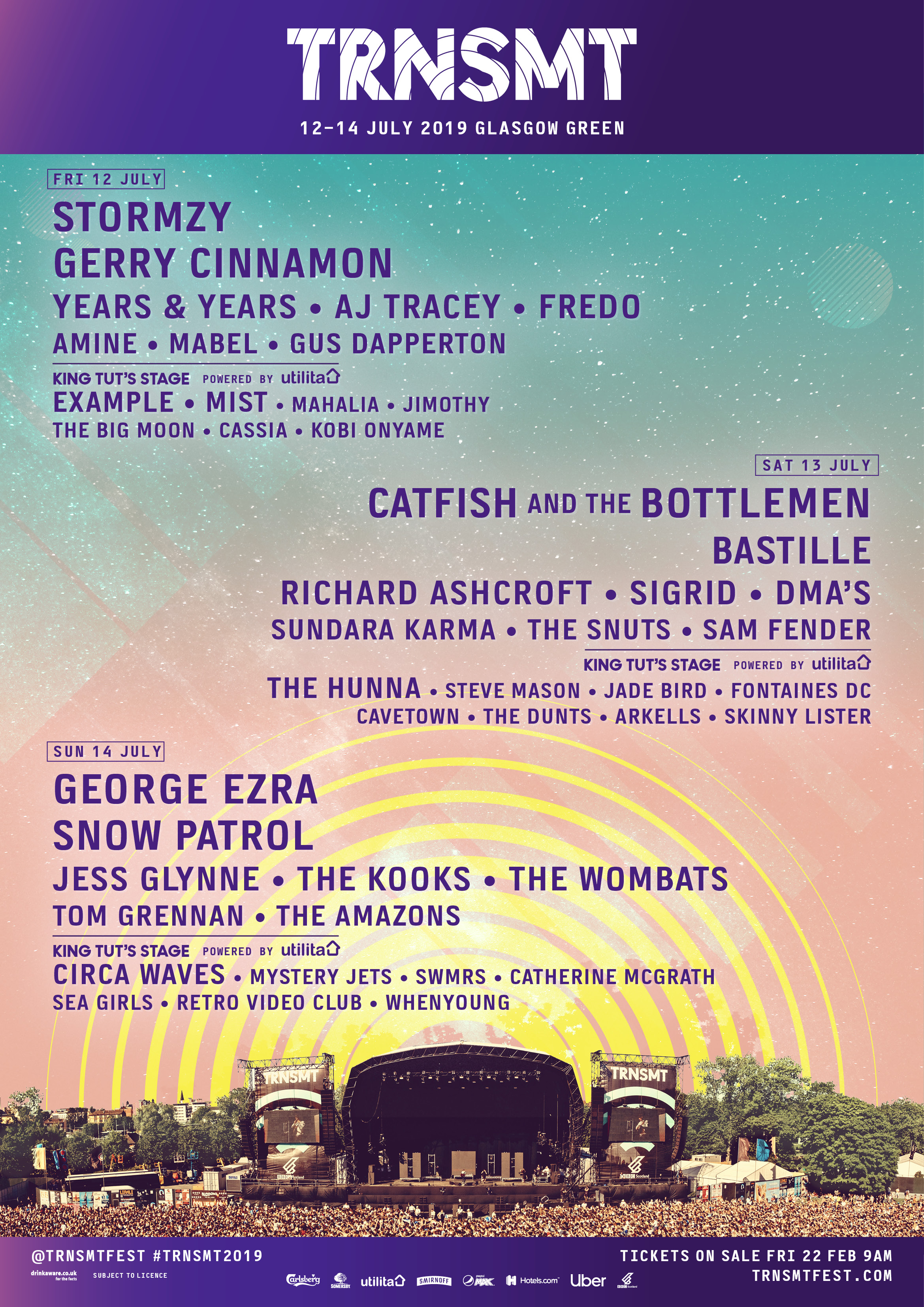