The band’s performance will be a UK exclusive, and will mark their first show in London since their two sold out dates at Alexandra Palace in February 2016.

The psyche-rock band will top the bill at the festival which recently announced its relocation from Victoria Park to its new home.

Despite not releasing an album since 2015's Currents, the Australian outfit did put out a selection of B-side tracks late last year, titled List of People (To Try And Forget About), Powerlines and Taxi’s Here.

Fronted by Kevin Parker, during their eleven year career Tame Impala have made the transition from a band with a loyal cult following to one of the biggest groups on the planet.

Citadel, which launched in 2015, has carved itself out as one of London's most quirky festivals, blending together, music, theatre, arts, talks and workshops.

Tickets go on general sale at 12pm on Monday 12 February. 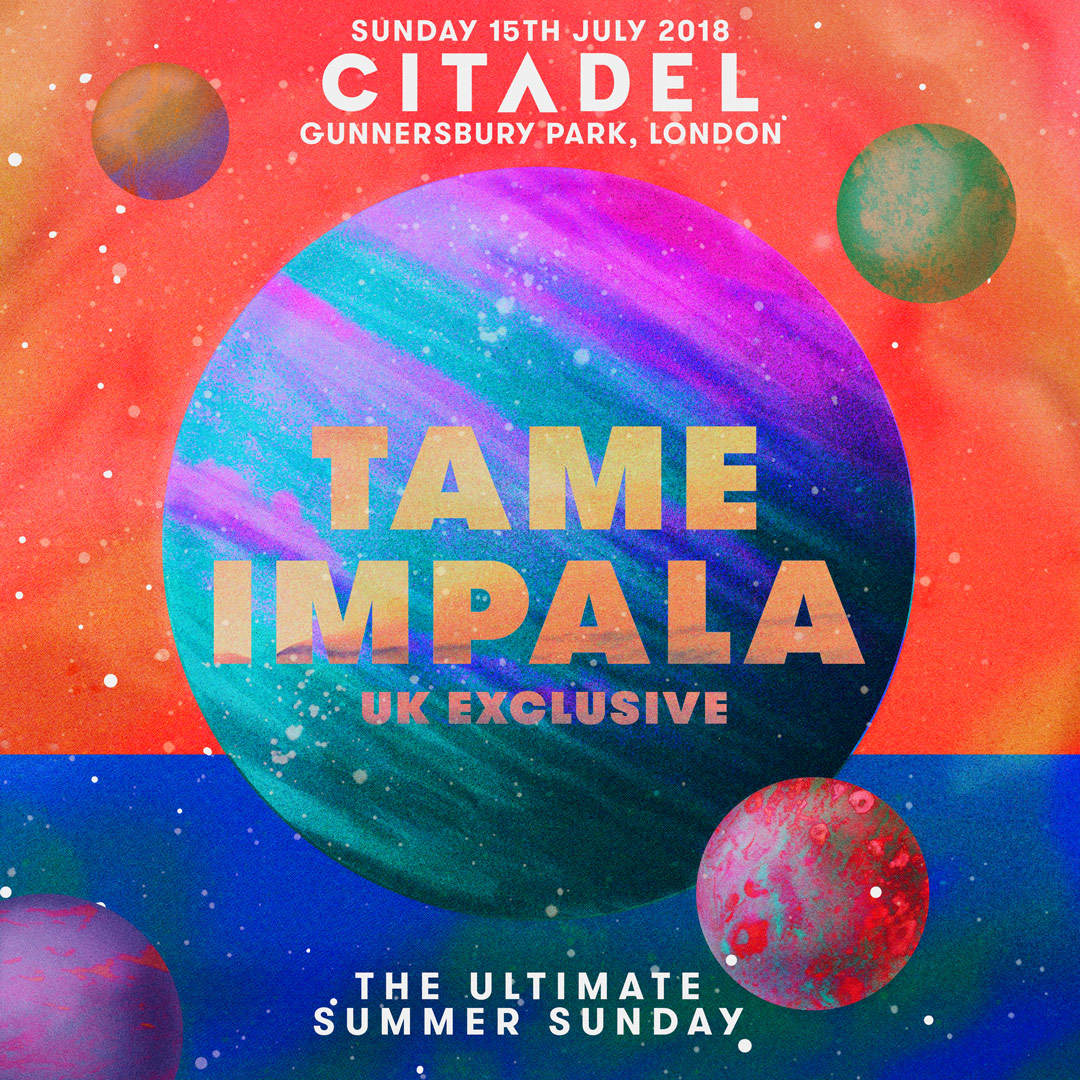 Citadel will take place on Sunday 15 July 2018 in west London's Gunnersbury Park. Find out more on our guide, and join our Waiting List here for first access to Monday's ticket sale.