Despite the weather's reluctance to move into a brisk autumn, it's safe to say that summer has all-but-gone – and the festival season with it.

It's not necessarily a reason to be glum, considering the sheer quantity of moving, triumphant, and memorable moments that occurred throughout the season; whether it was Billie Eilish continuing her ascendency with an incredulous crowd at Reading Festival, Ariana Grande making history as Coachella's youngest ever female headliner, or Stormzy's momentous Glastonbury spectacle, to name a handful.

As per usual, there were a few, ahem, blemishes on the industry (mentioning no names), but let's prioritise the positives.

Festival fanatics as we are, here are our summer 2019 highlights:

Christine and the Queens making headlines

Being more “efficient” and “abrupt” was Héloïse Letissier’s (aka Christine and the Queens) reasoning for abbreviating her alias to simply ‘Chris’ on her recent album; shedding the skin of a previous persona with her dramatic, sweeping headline performances showed just that. Experiencing her tightly-woven yet expansive choreography at All Points East was genuinely a bit of a ‘wow’ moment, as it was at Best Kept Secret.

Not necessarily a safe bet for festival promoters, and from a festival-goers perspective there was an element of trepidation regarding the elevation of an artist who, realistically, has a scant repertoire in the form of just two albums. So, it’s fair to say, I was also wary of what to expect.

Humble, heartfelt, and sultry as you like, Chris (with an honourable mention of her troupe of athletic backing dancers) affirmed her headline credentials without the need for technical gimmicks, focusing on organic performance that captures the soulful, lustful facets of her 80s funk/90s R&B-inspired work impeccably. Whilst not entirely satisfying the outcry for female or female-led headline acts – considering the distinct lack of – advancing her to headline status felt less tokenistic, more an inspired, justified decision. TC 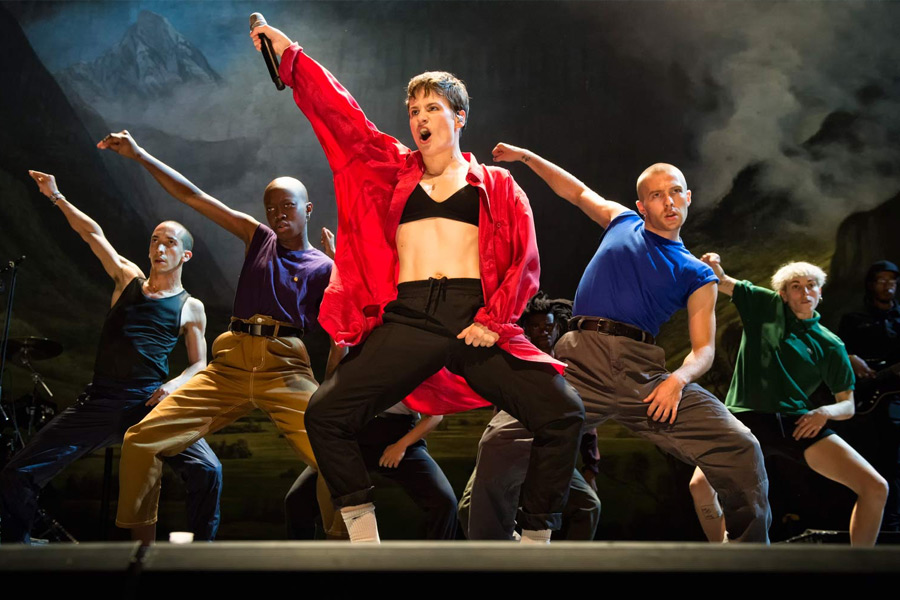 After eight wonderful years at Croatia’s Fort Punta Christo, we shed a tear this year as Dimensions announced it will be their “last dance” at the now legendary venue. From Anderson .Paak’s headline set at the opening concert inside the iconic Amphitheatre to Helena Hauff tearing up The Moat and Steam Down’s beach groove, this was a fitting end to one of Europe’s most unique festivals. LN 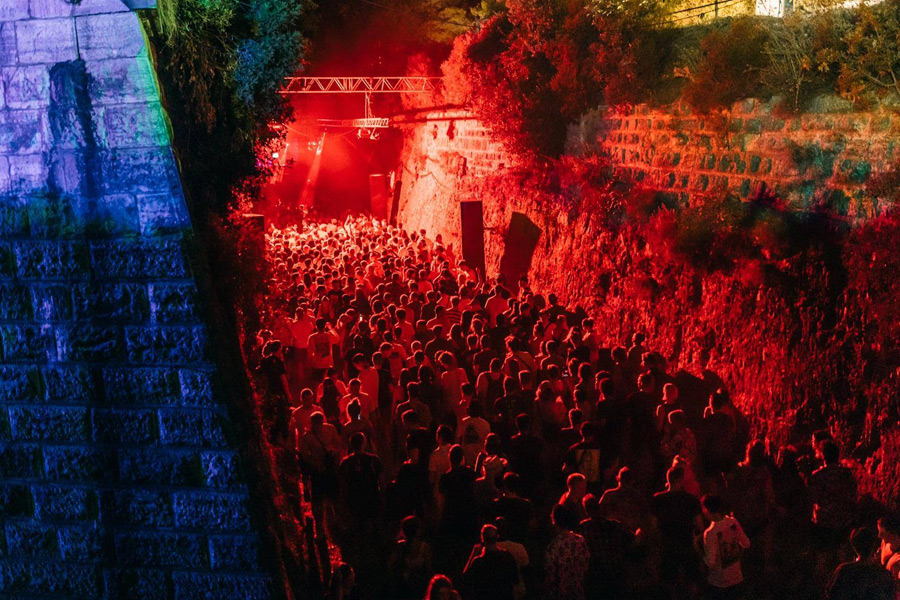 An interesting effect of having so many different artists playing any given day of a festival is that it can be hard to tell who most of the people are there to see. This was not the case on the Saturday of Primavera Sound, where Catalonian native Rosalía was set to perform in her hometown region for the first time since releasing her smash success album El Mal Querer; the crowd in front of the Pull&Bear stage started filling up well before her set was scheduled to start (something that wasn’t the norm for the rest of the festival), and with every passing minute the energy levels continued to build.

It’s hard to explain why people appreciate local artists more, I guess it’s as simple as feeling a deeper connection with the music, but from the moment the lights went off Rosalía was welcomed onto the stage like a conquering hero. The female majority crowd knew pretty much every word and sang along to the unique blend of traditional Spanish sounds and contemporary pop as best they could.

In the end the show had a little of everything you could want: an involved crowd, slick stage production, costume changes, in-depth choreography, mesmerising vocals, and a special appearance from James Blake. AW 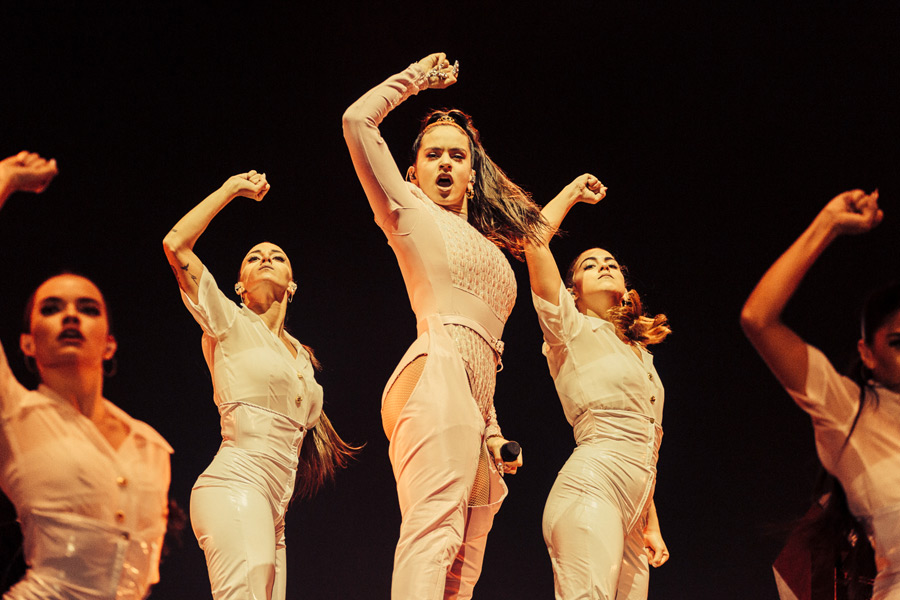 We Out Here’s assured debut

One thing was never in doubt going into the first edition of We Out Here. With a lineup that packed with talent, the music, at the very least, was going to be good. But the end result was a four-day experience that was even greater than the sum of its parts.

Save for maybe my first time at Bestival as a teenager back in 2012 – just a couple of weeks after having been at a predictably raucous Reading – I’m not sure I’ve ever been so aware of how pleasant, friendly and good-spirited a crowd is. Head honcho Gilles Peterson was ever-present, wandering around the site (formerly home to Secret Garden Party), taking in performances, playing unannounced sets, chatting to punters, and even buying records from the on-site record shop. And this was emblematic of the broader family-feel of the festival – a diverse mix of music lovers of all ages sharing in a weekend that on several occasions felt like the start of something special. JK 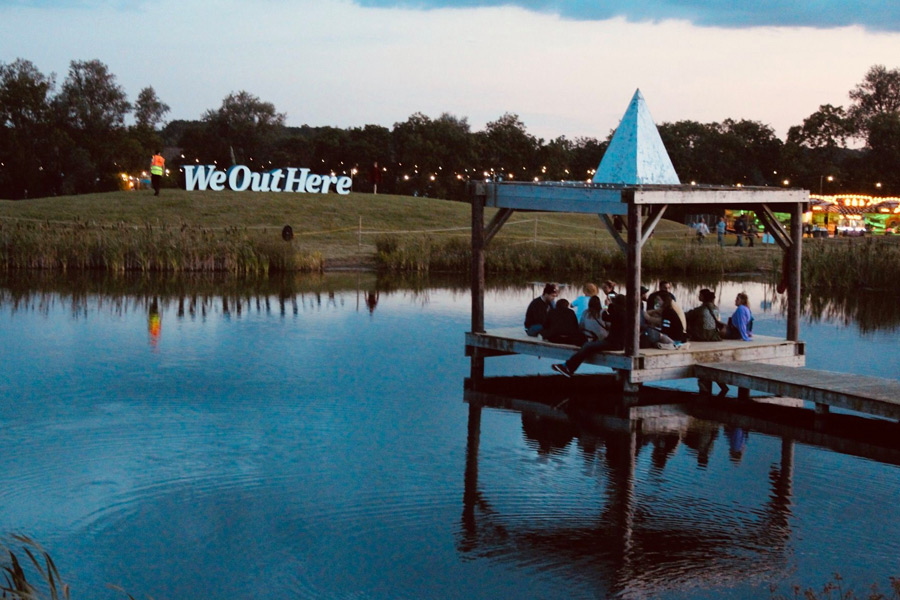 Little Simz at The Great Escape

Anyone familiar with the workings of the UK’s new music institution The Great Escape will know that the full list of artists you go in expecting to catch will always differ from the reality. Just the sheer number of acts performing around Brighton’s bars, theatres, cafés and everything in between means clashes are inevitable, but once you throw varying venue capacities and consequent queues, networking drinks, food-stops, and the city’s testing temperatures at night into the mix, there comes a couple of points where you have to accept you’re going to miss a show.

Little Simz’s Thursday evening performance was very nearly one of those. She was playing in the Beach Site on the Deep End stage, which seemed aptly named at the time given how far away it felt from the pub some friends were at. I had just come out of another show, it was pretty cold, my friends were calling and I knew she was starting any minute so there would no doubt be a heaving queue by the time I got there; I was this close to bailing but instead I just awkwardly power-walked there as quickly as I could.

Remarkably I got in to the tent with ease, and was immediately hit by how crisp and direct the sound travelled from her full-band setup to the back of the room. It’s rare to find clarity in vocals at the back of a tented stage and yet I heard every word of the abrasive ‘Boss’, or the reflective ‘Sherbert Sunset’, which was a testament to the singular rapper as much as it was the soundman. This show was galvanising, and perked me up for the weekend – and summer festival season – ahead. JB 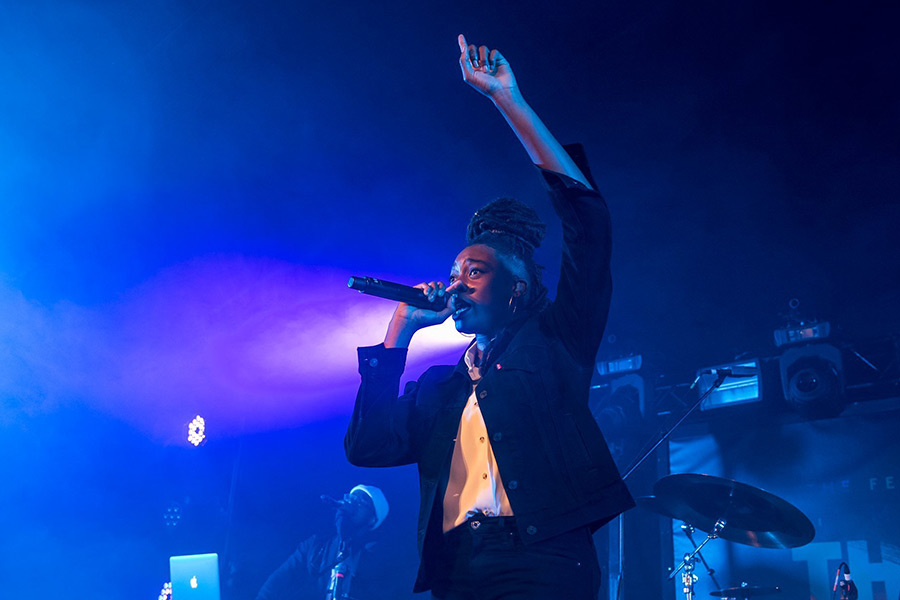 No artist in the world saw their stock rise more in 2019 than Lizzo. The vivacious singer/rapper/flute aficionado released her third album to coincide with weekend two of Coachella, so you knew she was going to bring it on America’s biggest festival stage.

In a nightmare situation her sets both weekends were wrought with technical issues (something that plagued the entire Coachella 2019). Instead of letting it get to her, Lizzo called out “It’s my first time playing Coachella, so ain’t nothing gonna fuck my time up, bitch!” and used her infectious charm and personality to turn the abrupt silence into a call and response with the crowd, getting the packed Mojave tent jumping even more than they were already. AW 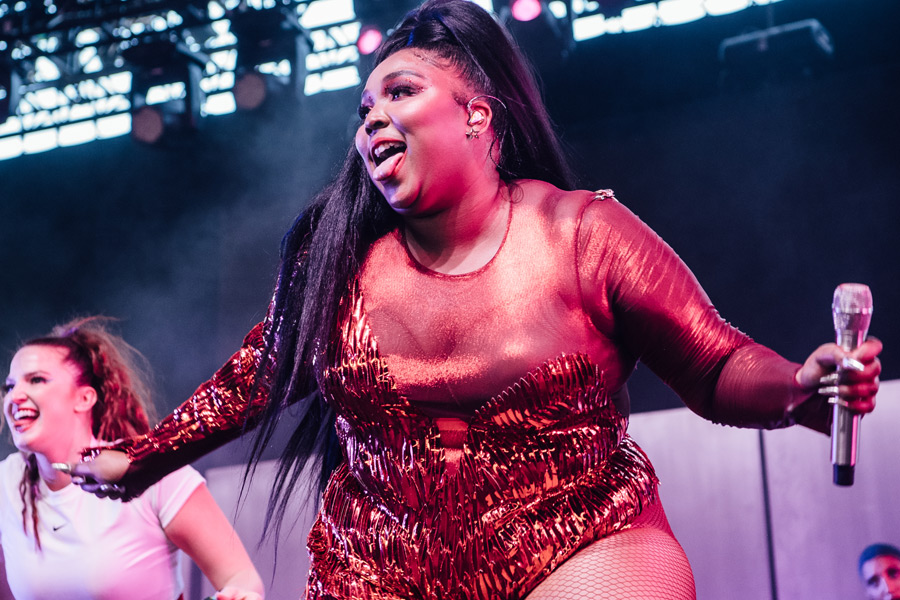 It wasn’t my first time at Dorset’s alternative mecca End of the Road, so there’s always a level of apprehension when returning to a festival: “Will it be as good as last time?” Thankfully yes, it was.

Though I’m reluctant to use too many superlatives (we’ll leave that to the Guardian’s predictably gushing appraisals), the independent festival once again hit the nail on the head with an immersive blend of music, magic, and mystique; from the inimitable Mitski’s penultimate show before her indefinite hiatus, to Viagra Boy’s brash punk musings, to winding up lost in the enchanting woodland, to the relaxed, appreciative vibe amongst fellow festival-goers.

Blissful sunshine and the endless explorative element to the lineup curated specifically to the taste of their particular demographic (well, me at least) obviously helps sugar-coat the intimate, inclusive experience, but promoters having capped capacity at 12,000 for numerous years now ensures the festival retains its ongoing allure. As the old adage goes: ‘If it ain’t broke, don’t fix it.’ TC There’s never any shortage of highlights to pick out from an extended weekend at Glastonbury Festival, and this year definitely had its fair share (helped in no small part by the unbelievable weather). The likes of Stormzy, Kylie, and Dave’s on-stage companion Alex got the headlines, but on a personal level, my standout moment came courtesy of Kate Tempest.

Having fallen in love somewhat with her new album A Book of Traps and Lessons – and in particular the overwhelmingly beautiful lead single ‘Firesmoke’ – in the weeks leading up to the festival, it was an absolute treat when, after a few songs, she declared that she would be performing the record in full, beginning to end.

With minimal production – her silhouette falling on the a simply lit circular backdrop – the audience hung on her every word, and when the opening chords of the aforementioned ‘Firesmoke’ rung out, it was tough to keep from welling up (although admittedly it seemed like the littlest thing could set me off across the weekend). JK 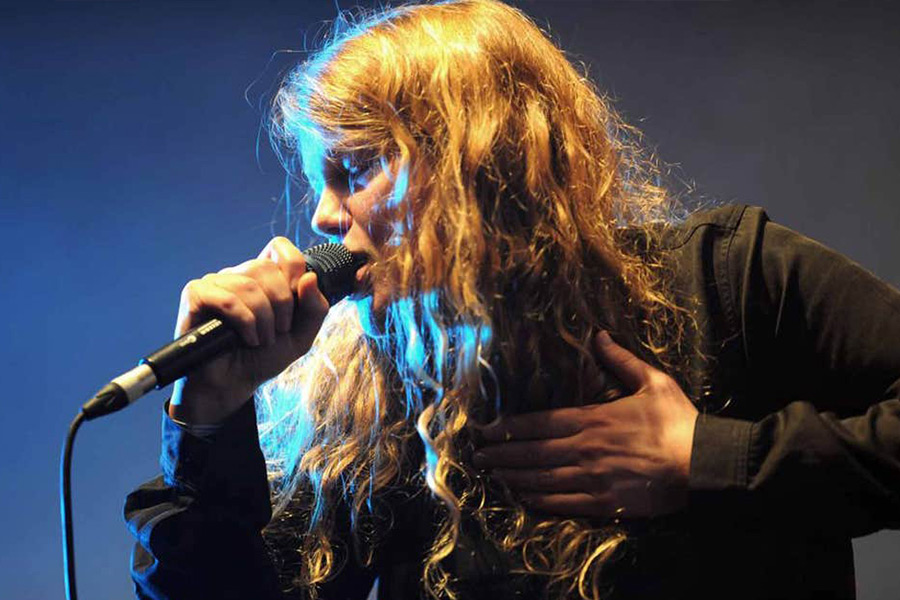 Billed as two of techno’s hardest hitters coming together for the first time at Sonar, I’m sure I was one of many incredibly excited by the prospect of this first-time back-to-back set. And despite a certain airlines best efforts to dash that excitement (Blawan’s flight was delayed so arrived midway through), the pair delivered two hours of full-throttle stompers. I mean, what else would you expect from these two? LN 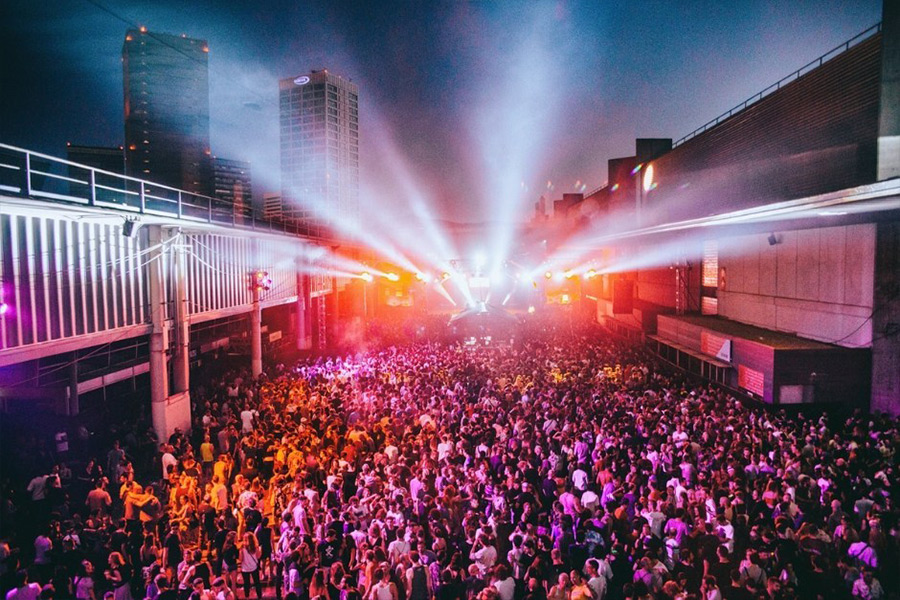 Pretty much everything about Best Kept Secret

It’s hard to pinpoint the exact moment during Best Kept Secret when I decided it was one of my favourite festivals. Perhaps it was walking amongst the tall pines and exchanging jokes with the friendly Dutch crowds, or maybe it was wading in the water to cool off from the 32 degree heat whilst hearing the perfectly curated bill of Stage Five. It could have even been on the cusp of the Sunday afternoon, when Kurt Vile wooed me with ‘Wild Imagination’ and the breeze beckoned me to take in the whole lakeside panorama. Whatever it was, Best Kept Secret charmed me. JB 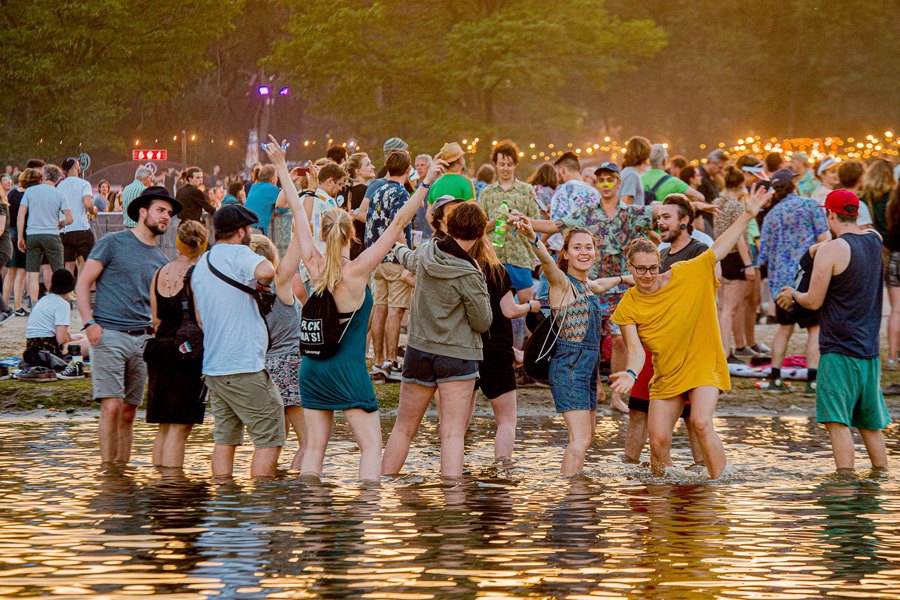