Donington Park. The rightful stomping grounds of hard rockers and heavy metallers in the great British Isles. So much so, that the locale is arguably more synonymous with leather-clad headbangers and studded-belt moshers than with its initial purpose as a motorsport circuit. Both Monsters of Rock and Ozzfest concerts began this Leicestershire-based tradition, until Download Festival took the mantle in 2003 and has duly remained the proverbial 'king of the castle' since - Castle Donington is a mere matter of minutes away, so the idiom works.

The festival's moniker came from the act of illegal file-sharing which struck fear into the hearts of the music industry fat-cats during the early-noughties, a modernised form of rebellion if you will. The ageing domain of rock and metal needed to meet a more youthful demographic, and Download Festival hit the nail on the head, proving to be the mecca of anti-mainstream sentiments to this day.

With the recent lineup announcement seeing 2019 headliners Tool, Def Leppard, and Slipknot joined by Smashing Pumpkins, Die Antwoord, and Slayer (as their last UK performance, boo hoo), what better time to whet the appetites for warm cans of Strongbow under grey summer-skies than a retrospective into the history of the UK's most celebrated heavy metal music festival.

Merely a two-day excursion for its inaugural venture, the festival was headlined by squealing metal legends Iron Maiden alongside Rage Against The Machine and Chris Cornell (R.I.P) super-group Audioslave.

Despite the prestigious headliners it was, in fact, Metallica that stole the headlines and ensured that Download staked a claim as a contender for the festival heavyweight title. Limp Bizkit pulled out at the last minute, meaning there was a gap in the schedule. Nobody anticipated that the thrash metal idols would show-up Sunday afternoon on the second stage (considering they were headlining Reading Festival later that evening), and their shotgun appearance was a 'secret set' game-changer from then onwards. 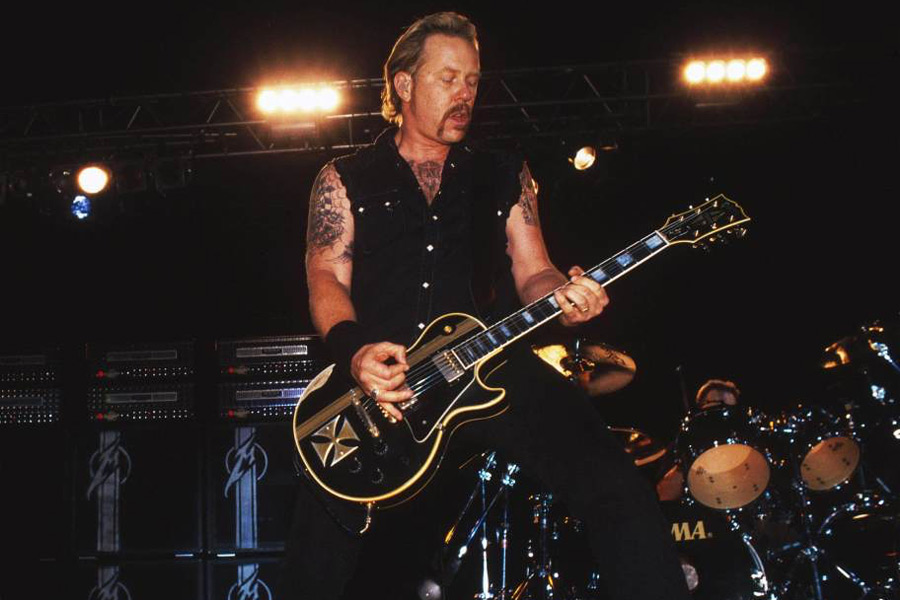 Expanding to three-days the following year, guess who returned? Metallica, yes, you guessed it. With a change of facial hair no less.

Not to be outdone by their previous antics, Metallica's headline set proved to be one of the most unique in their career albeit in negative circumstances. After arriving over an hour late on stage, it was declared that drummer Lars Ulrich was rushed to the hospital. The show must go on, however, and those in attendance were treated to a one-off Metallica set with Slipknot's Joey Jordison on last-minute drumming duty. Most definitely one of those "I WAS THERE!" moments for the Download Festival faithful.

The previous year, My Chemical Romance's headline set was marred with a constant barrage of bottle-based missiles, with the majority of those in attendance believing they weren't worthy of the coveted slot. Download required a re-think.

When promiscuous face-paint enthusiasts Kiss were announced as the Friday night headliner, bassist Gene Simmons declared "I am looking forward to humiliating those little boys in little bands who think they count, we're going to blow their shit to pieces…" which evidently disgruntled most bands on the lineup, as well as their ardent fans who believed the 70's legends were past it.

An aerial acrobatic performance with wires galore and a gargantuan glam-rock setlist proved doubters wrong, and that the old guard still has the swagger, despite the manboobs. 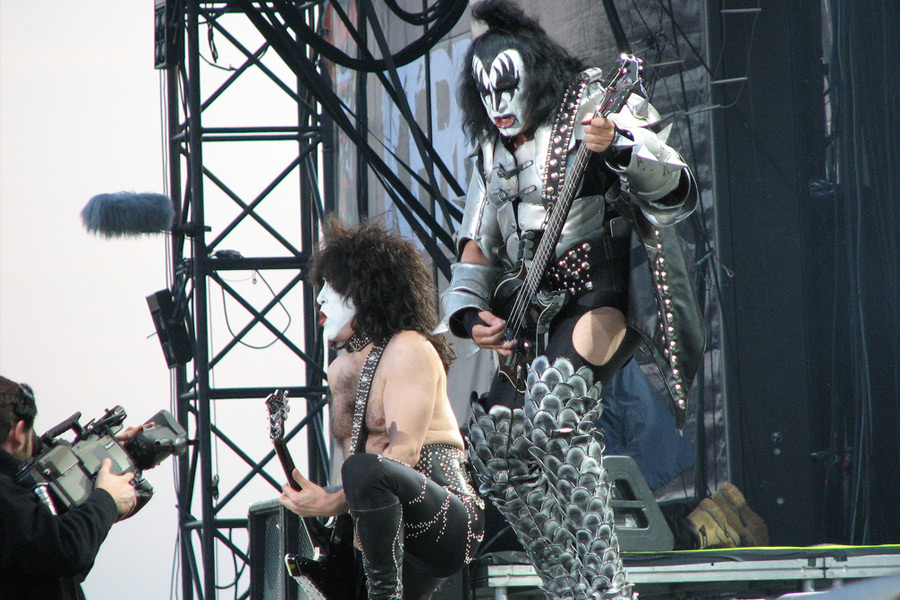 By now, Download was established as the unmitigated music festival for 120,000 metallers wanting to flail their heads maniacally, devil-horns raised with one hand, and a bottle of Jägermeister in the other.

After the success of Kiss, Download curated a Sunday lineup with an evident classic rock presence. Yet, it was Slipknot's first headline appearance the day before that demonstrated they had the tools to send a near-hundred-thousand crowd into pure bedlam, exuding theatricality, menace, and riffs in abundance. No wonder they've been invited back for a fourth headline appearance in 2019, keeping the mosh-pit raging ten years on.

Download, now a heavy metal institution and even spreading its wings to Paris, invited the band that heavy metal owed everything to: Black Sabbath.

For what was to be their final tour, Ozzy Osbourne and co. ensured it was a most memorable occasion summoning heavy rain to accompany their blueprint heavy metal. The masses who braved the subsequent mud slurry and floods were treated to a setlist paying tribute to the Sabbath classics, at the festival created for the music that they themselves created. 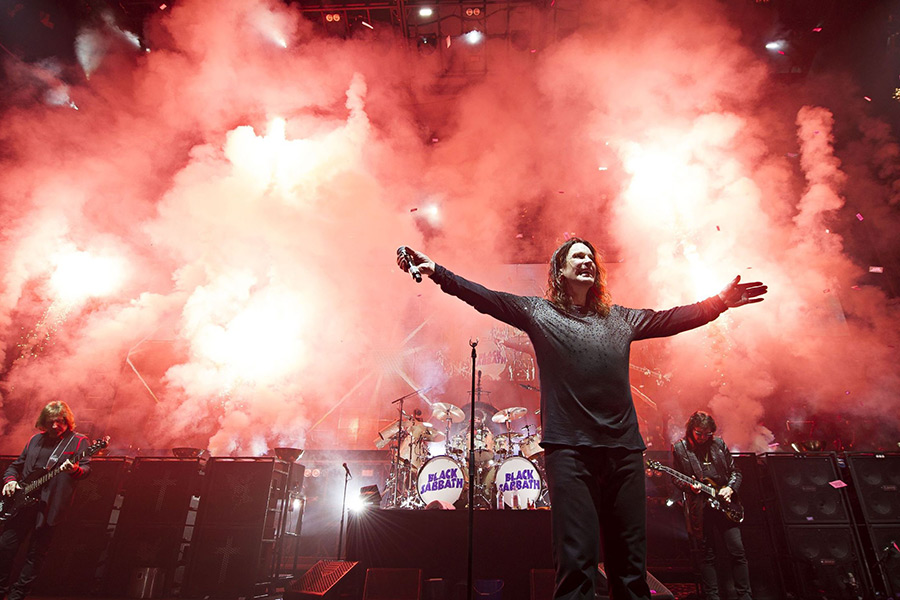 Avenged Sevenfold, Ozzy Osbourne (the man evidently can't tear himself away from his Donington disciples), and a (nearly) fully reformed Guns 'N' Roses headlined the most recent Download outing; one of the more sunnier occasions in the festival's illustrious history thanks to the blissful heatwave that hit the nation.

Slash squeezed himself back into the skin-tight leather trousers once more, and Axl Rose was surprisingly punctual, arriving on stage at the allotted time - rumours this was because he ordered an off-site traffic shut down at 22:45 so he could make a swift exit. The rock 'n' roll excesses still remain, just slightly more curmudgeonly than necking two bottles of Jack Daniels in an hour.

Forgoing cuts from 2008's lambasted Chinese Democracy in favour of classics such as 'Welcome To The Jungle', 'Sweet Child O' Mine', and 'Paradise City', Guns 'N' Roses quenched the dehydrated masses' thirst for a memorable mosh. The bar is set high for 2019.