Bestival was one of the first few festivals to notice Foals before they'd even released their debut album, so it was fitting that they eventually returned to headline the then-Isle of Wight based bonanza. They're now accustomed to headlining major festivals on a frequent basis, with impending headline slots at Boardmasters, Y Not Festival, Truck Festival, as well as notable appearances at Festival Estéreo Picnic, INmusic Festival, and Rock am Ring. It was their Bestival headline performance in 2014, however, that cemented Foals' place as serious contenders for Britain's best band.

Out of character for Yannis and co, maybe, but their typically stern personas were left backstage, making a noble effort with the 'Desert Island Disco' theme that year; feathers, glitter, and even shiny-gold trousers made an appearance.

Although sophomore album Total Life Forever lost out to The xx at the Mercury Prize awards in 2010, it soundly indicated that the Oxford-based band had more grandiose plans in mind.

Foals bridged the unlikely gap between math-rock and arena-rock with their 2013 release Holy Fire, and they shone in their first outing as Bestival headliners which proved to be the springboard to their future mainstream successes.

On the theme of flashbacks, check out their first ever Bestival performance below which proves the buzz was justified. Plus, Yannis' straightened-hair is a sight to behold: 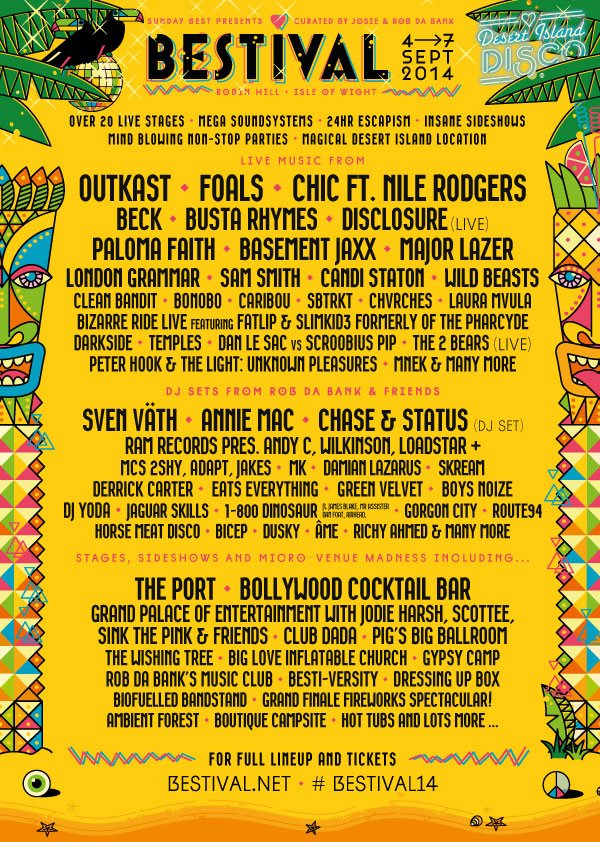