Returning for the second year running, the reluctant grunge poster boys were appointed as first-time headliners at Reading Festival, a year after they famously 'pulled a Pete Townshend' and destroyed their instruments in front of crazed front-row devotees on the main stage.

By August 1992, Nirvana's Nevermind caught the attention of the mainstream media; Kurt Cobain was (unfairly) touted as rock music's saviour, with the Seattle band rapidly becoming the biggest alternative act on the planet.

Their performance at Reading Festival's summit is now the stuff of legend; partly because of the band's unwillingness to take themselves too seriously – playing with the same irreverence as they would in a dingy basement club – but also as it was to be their final UK performance before Cobain's death.

Pushed on stage in a wheelchair wearing a shabby wig and hospital gown, and accompanied by a lone mosher centre-stage, Cobain, Krist Novoselic, and Dave Grohl battered through now-classics 'Lithium', 'Smells Like Teen Spirit', and 'Come As You Are', sparking rabid singalongs throughout the crowd.

A seminal performance that was transformative for both the popularity of music festivals worldwide and the lineage of alternative music. 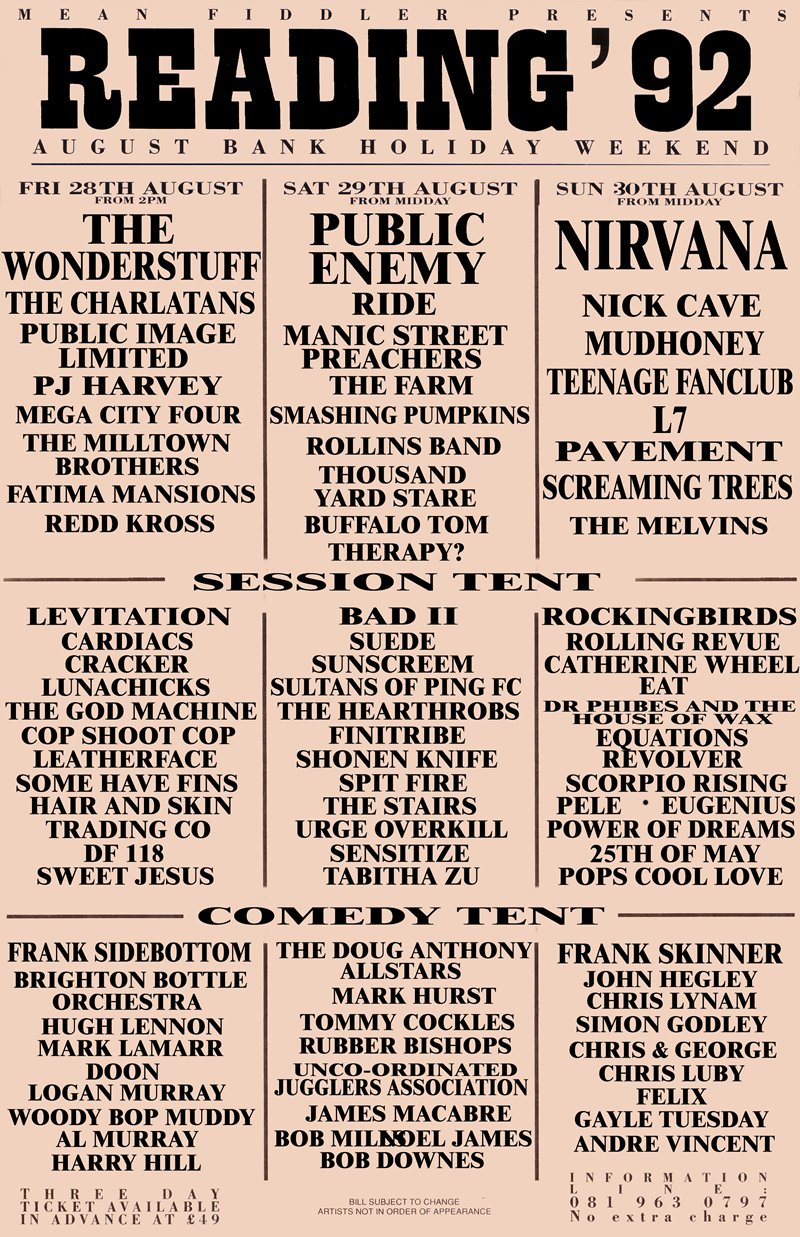