Open Air St.Gallen 2019: Everything You Need To Know

Not many contemporary music festivals can boast an illustrious history of over forty years of memories and pivotal performances; Glastonbury Festival, Isle Of Wight Festival, Montreux Jazz Festival certainly can. You can utter Open Air St.Gallen in the same breath as those too.

Often affectionately referred to as the 'Swiss Glastonbury', Open Air St.Gallen first sprang to life in 1977 and remains Switzerland's longest-running open-air music festival to this day.

For years the festival generally appealed to the classic rock generation with headliners like Crosby, Stills, and Nash, Santana, and Deep Purple, it wasn't until the turn of the century when promoters attempted to modernised the lineup to be inclusive of a wider demographic. With emphatic headline performances from contemporary greats like Radiohead, Kings Of Leon, The Strokes, Foo Fighters, and The Killers on the famed Sitterbühne stage, they succeeded.

With the festival returning this weekend, here's everything you need to know about one of Switzerland's most beloved music festivals:

Just outside of Saint Gallen lies the River Sitter, nestled within the valley of the country's arresting and undeniably scenic North-Eastern vistas. Open Air St.Gallen is held amidst the natural green, lush beauty. 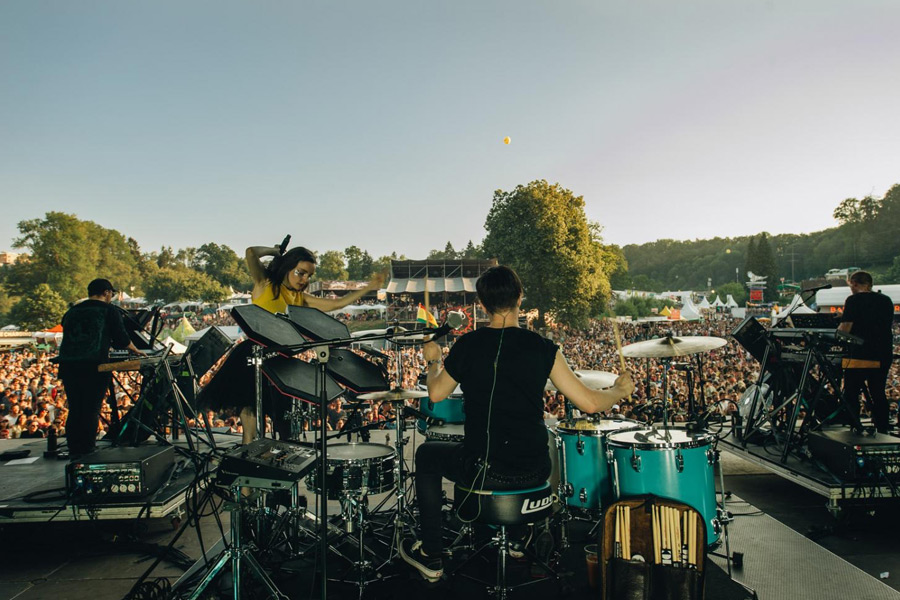 St. Gallen is a major hub in northeastern Switzerland, and therefore many train services run to and from the city. There's a shuttle service from the city to the festival site which isn't too much of an arduous journey to partake in.

If you're coming from further afield, however, then Zurich International Airport is the closest international airport to St. Gallen. Direct trains between St. Gallen and the airport run twice an hour and take approximately an hour. 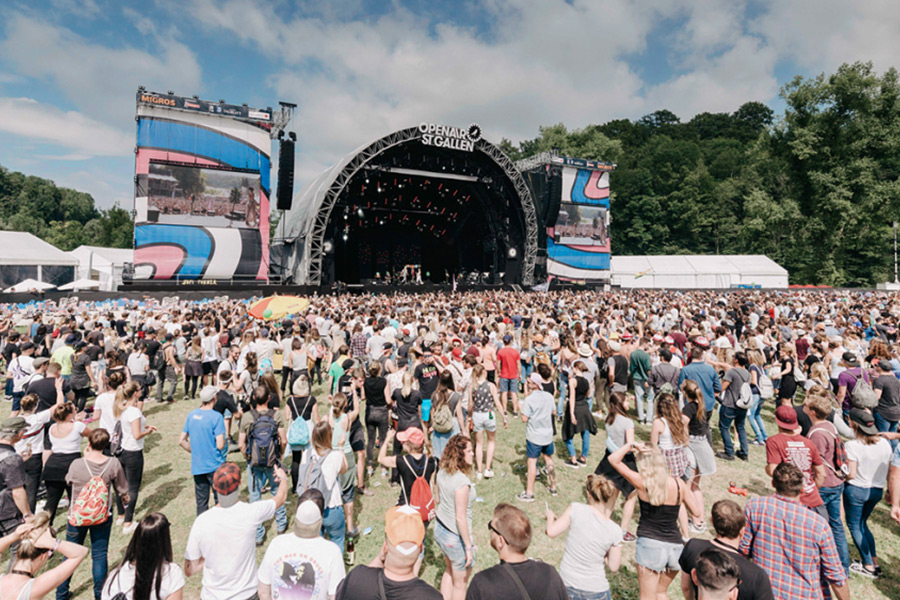 What's unique about the festival?

One of the festival's incomparable qualities is that they've resisted change over its many years of existence. The main arena and campsites merge, meaning you can ostensibly pitch up a tent anywhere of your choosing. An oddity of sorts, but it's very likely you'll see festival-goers perching in front of their tents sipping on delicious pilsners rather than moshing front-and-centre.

Being situated by a tranquil river also means that hordes of people make use of the scenic locale and lounge in the fresh water. Lovely stuff. 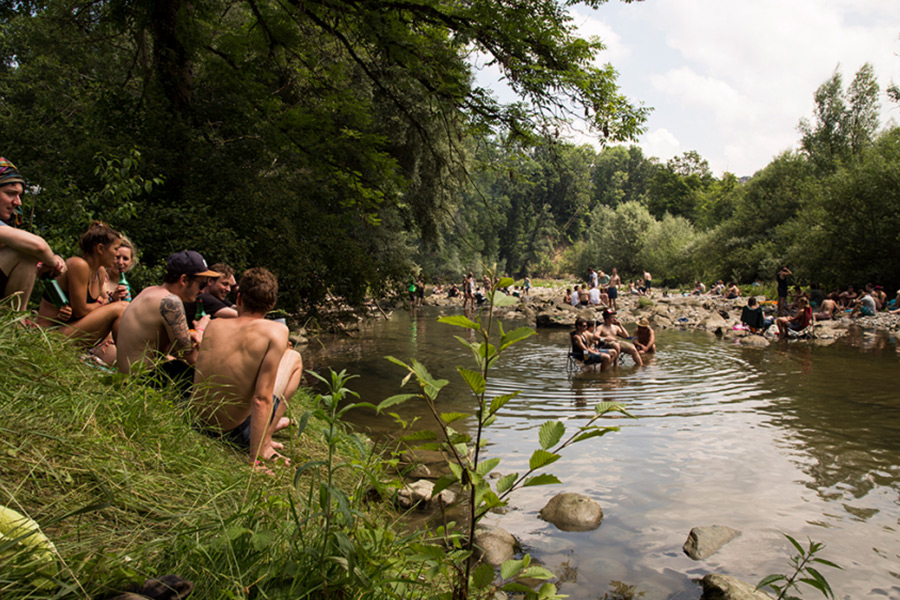 Thankfully, and like most major European festivals, Open Air St.Gallen has banned one-use plastics. But the festival has gone one step further by embracing sustainability, optimising the overall efficiency, and becoming completely carbon neutral; any residual emissions will be compensated by non-profit climate protection organisation Myclimate. 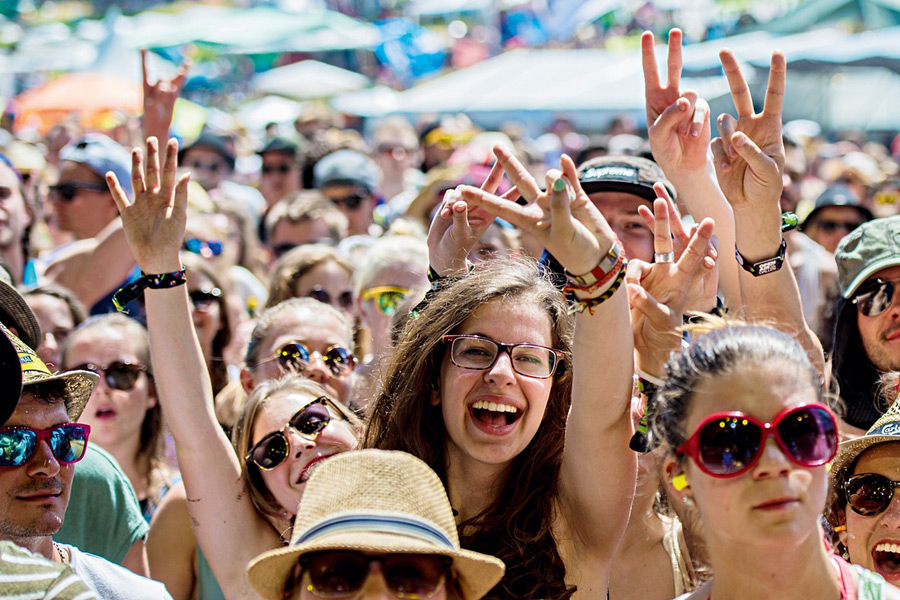 The weather is traditionally unpredictable; over the course of the weekend it can range from torrential rain to scorching heat, so it's always best to prepare for all eventualities.

In the case of the latter, the festival organisers have created more shaded spaces to relax in without fear of combusting under the sun. 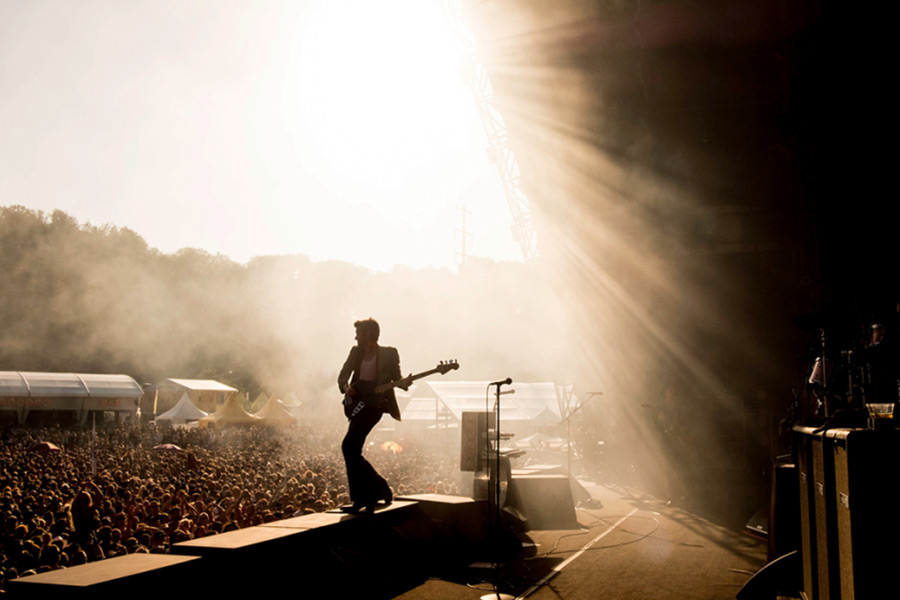 There's plenty of exciting talent beneath the top rung of the roster if you dig a little further too; nostalgic, preppy disco from Australians Parcels, ferocious political punk from IDLES, and infectious indie dance-pop from Superorganism all promise to be festival-defining performances. 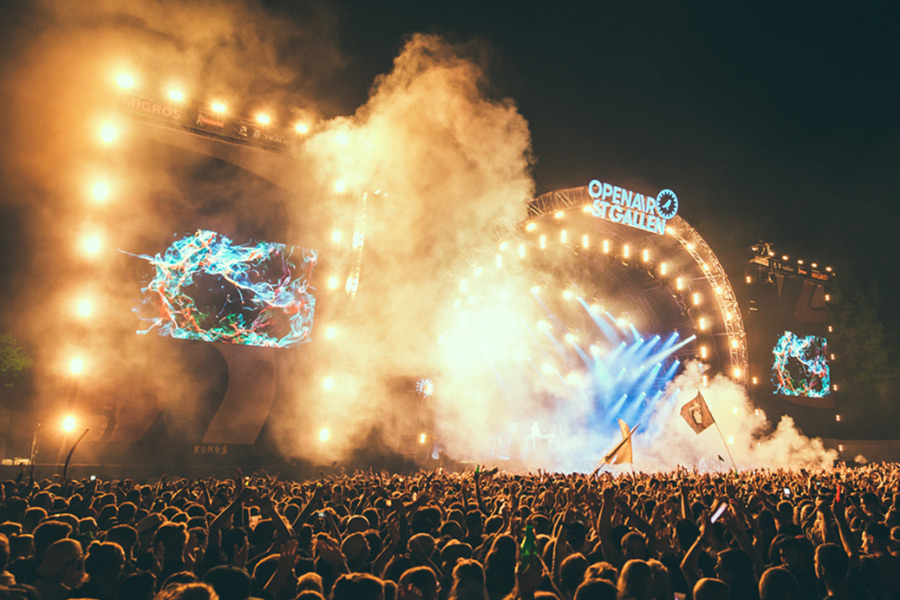 Genre-wise, it's a real smorgasbord of sounds; aside from the international headline artists, there's plenty of budding talent and rising domestic stars ranging from pop, to hip hop, to punk-rock. Ultimately, the accessible roster is tailored to appeal to a broad demographic who have a keen ear for new sounds. Check out this playlist for a sampling of Swiss festival's delights:

See for yourselves below. And see you there this weekend: