Reading & Leeds Festival 2020: Who Will Headline?

Despite Liam Gallagher's many qualities, it's safe to say that subtlety has never been one of them, vis a vis last week's premature announcement for Reading and Leeds Festival's appointed headliners next year: 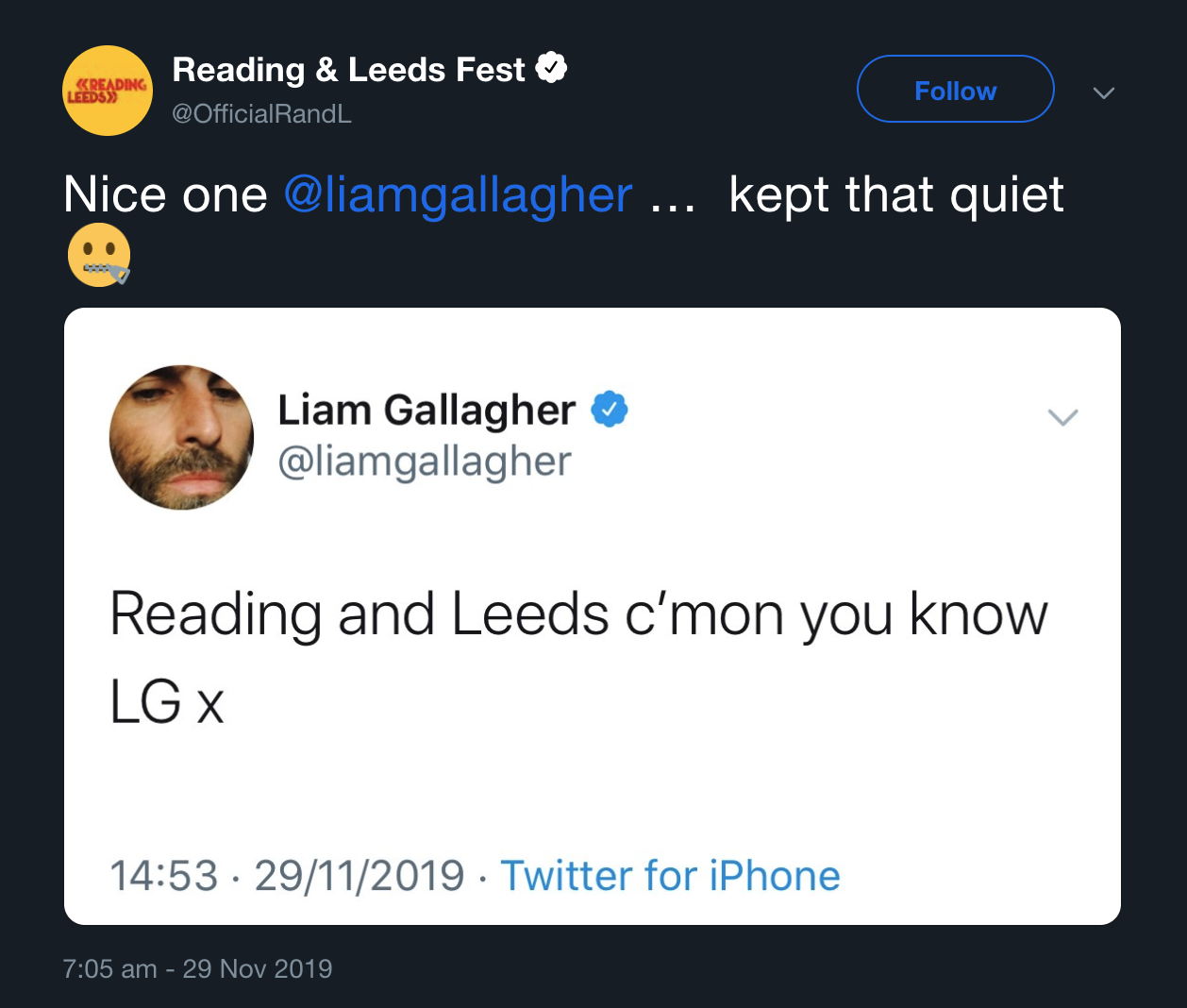 You can't be mad at one of England's most beloved, bonafide, and famously Twitter trigger-happy rock 'n' roll icons, even if he did let the cat out of the bag. Now with one headline act sewn up, who will join LG at the festival's summits?

With reunions galore, a desire for more female representation, and an increasing diversification of genres showcased at the UK's famous sister festivals, we've compiled a list of potential candidates who could fill the next two headline slots.

Recently, Gerard Way and the once-Black Paraders announced they'd be reuniting, six-and-a-half years after they parted ways to pursue other projects. As soon as this came to light, former emos came out of the woodwork, unsheathed their eyeliners, black 'n' pink stockings, and prayed in earnest that their emo overlords would return to Reading and Leeds' hallowed stage.

My Chemical Romance are up there with the favourites to headline. It's got to happen, surely?

Rage Against The Machine

Another reunion that was slightly unexpected, though, given the fractious political times, it's always refreshing to have at least one band directing their "fuck you's" towards the establishment.

Unofficially self-confirmed for Coachella, Rage Against The Machine still have the muscle, in terms of riffs and caustic rhymes, to headline the biggest of stages.

It's been a mad year for Billie Eilish; it's not as though she was relatively unknown at the beginning of this year, but now at 2019's climax she's arguably the biggest, and most unconventional, pop star on the planet.

Last years' Reading set broke the record for the largest congregation for a mainstage performance (below the headline act, but still) so maybe it's time the promoters strike whilst the iron is hot, and bump her up to the top slot.

London's finest has never been more influential; after his ground-breaking headline performance at Glastonbury earlier this year, Stormzy has been propelled into the global elite. Reading and Leeds have a telling penchant for major urban artists taking the headline slot, and there's no reason why it shouldn't be Stormzy next.

A definite curveball, but hey, that's what rumours are for. Arguably the UK's most dominant export in mainstream music is Dua Lipa, with a slew of chart-topping hits in her arsenal and previously at both Reading and Leeds back in 2018, her rise to superstardom has been exponential since then.

Pop artists share equal billing with veteran festival headliners worldwide nowadays, and with Dua Lipa's new album Future Nostalgia slated for release in early 2020, it may be the year she brushes shoulders with giants.