Now that the sun has set on the debut edition of Afro Nation, held in the Algarve region of southern Portugal at the beginning of August, attention turns to the African outing – taking place in the city of Accra, Ghana from 27-30 December this year.

Like the European edition, Afro Nation Ghana combines music festival with beach getaway, offering the chance for some sun, sea and sand alongside the performances from Afrobeats and dancehall superstars.

What's more, the festival also fits in with a broader movement in 2019 - 'The Year of the Return' – which commemorates and recognises 400 years since the first enslaved Africans reached the colonies of North America by calling on the global African diaspora, not just those of Ghanaian decent, to 'return' to Ghana and revisit the continent and homeland of their ancestors.

So whether of Ghanaian decent, part of the African diaspora, or simply someone with a passion to experience something new, here's why Accra is the place to be come 27-30 December.

Not just Ghana's capital and largest city, Accra is also a coastal destination on the Gulf of Guinea. It's easy to assume a country's capital will simply be a bustling metropolis, but with around 40km of coastline Accra is home to a number of stunning beaches, complete with inviting golden sands, and paradisiacal palm trees.

Laboma Beach is one of the best-known and most popular of these spots, and it's here that Afro Nation will call home. A picture paints a thousand words, so here's one.

The festival also offers the chance to explore one of Africa's most vibrant and exciting cities, nicknamed the 'Capital of Cool', with food and drink, fashion, culture, and history colliding in a spectacular way.

As the name suggests the lineup is all about celebrating the musical creativity of artists from Africa and the global African Diaspora – from Europe, to the Caribbean and beyond.

At the top of the bill, the broadly good-mannered rivalry between the festival's home country of Ghana and fellow West African giant Nigeria – mainly based on football and debates over who makes the best jollof – is put to one side; Nigerian stars DaVido, Wizkid and Burna Boy are joined by Shatta Wale and Stonebwoy representing Ghana, with Jamaican dancehall star Alkaline and East-Londoner J Hus the other two headliners.

Elsewhere, there's Afrobeats, dancehall, hip hop, R&B and bashment from all manner of artists. See below for the full lineup so far.

December might not seem like the first month that springs to mind when considering a beach festival in the northern hemisphere, but with average temperatures for the month sitting around 27°C (with highs of around 32°C and lows never dropping below about 23°C) it's pretty much the perfect place to escape the winter months.

In terms of rainfall, it's also the second driest month of the year in Accra after January, making the end of the month an inviting prospect for those facing a potentially rainy last week of the year. 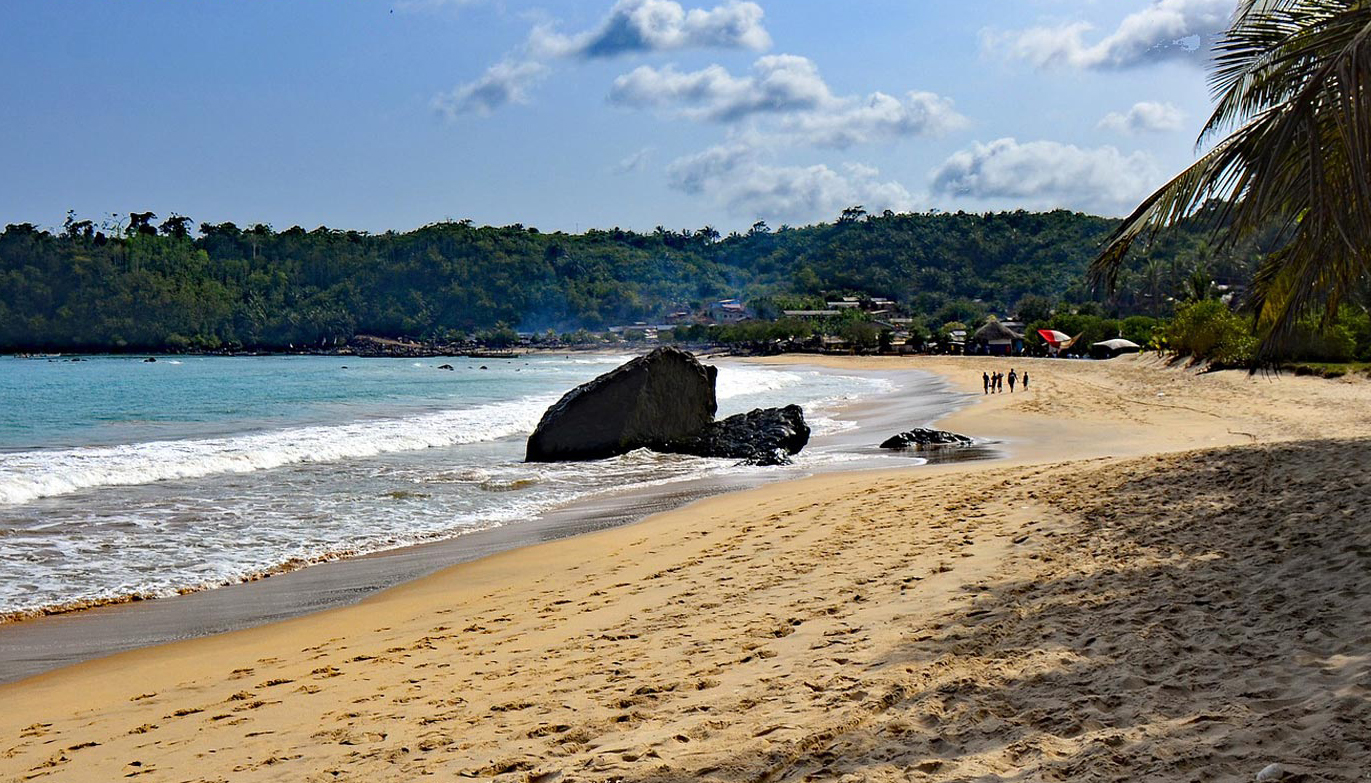 The Massive Success of the European Debut

Last but my no means least, you only have to look at Afro Nation Festival on Portugal's south coast this summer to get an idea of what the African edition is going to look like. There are always doubts around any festival debutant, but the spectacular four-day party in the Portuguese sun assuaged any concerns, attracting thousands of fans from across the globe to come together on the beach in gloriously celebratory fashion. And by all accounts, it was pretty special.