Exclusive Interview with the Queen of Funk, Chaka Khan

One of the most recognisable names in music, Chaka Khan is an absolute legend. With a powerhouse voice and the personality to match, the fabled chanteuse sits alongside the likes of Aretha Franklin and Whitney Houston as one of the most influential voices of the twentieth century.

Really, the numbers speak for themselves. Over 70 million records sold, 10 Grammys, 3 platinum albums to go with 7 gold ones, on every best singers of all time list... I could go on.

Coming to prominence in the 1970s with the funk group Rufus, Chaka Khan's career spans over 4 decades. And you don't last that long in the industry without learning a thing or two about how it all works.

So when it was announced that she would headline Secret Solstice's opening ceremony this year, we jumped at the chance to talk to the singer known as the Queen of Funk about what she's learned and get her opinion on some of the biting issues facing the music industry today. 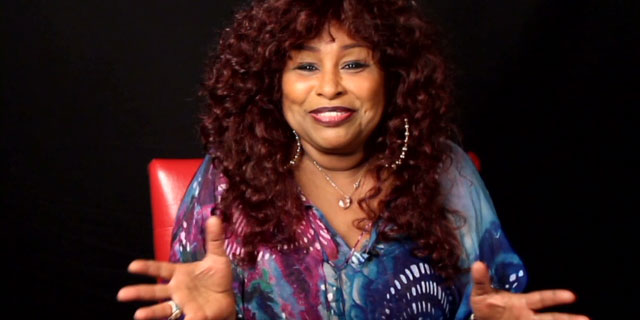 Thanks for taking the time to speak with us. How's it going over there in LA?

I'm wondering if you're listening to much music these days?

Oh that's great, any idea when these will see the light of day?

Ya, well we're going to do the Joni Mitchell album this year. And the Switch stuff pretty soon. Everything's pretty much ready to deliver right now.

You grew up in a rough part of Chicago and have seemingly been through it all. How do you stay positive in the face of deepening political and social unrest?

Well it's up to the individual. I try to see things for pretty much what they look like. You have to find a way to see positivity in everything.

Funk has had a resurgence of late, with a new generation of acts scoring big hits with funk influenced tracks. What is it about funk that speaks to you right now?

You're the Queen of Funk -

[laughing] I didn't name myself that.

You're known as the Queen of Funk, but you also clearly appreciate other genres, having put out jazz records and being an early proponent of crossover hits. Do you think speaking in terms of defined genres helps or hinders the listening experience?

I think it hinders the listening experience, definitely. The wider the genre, the wider the knowledge, the wider the human being, you know? It's like just eating spaghetti every day and nothing else, I don't think it's healthy. 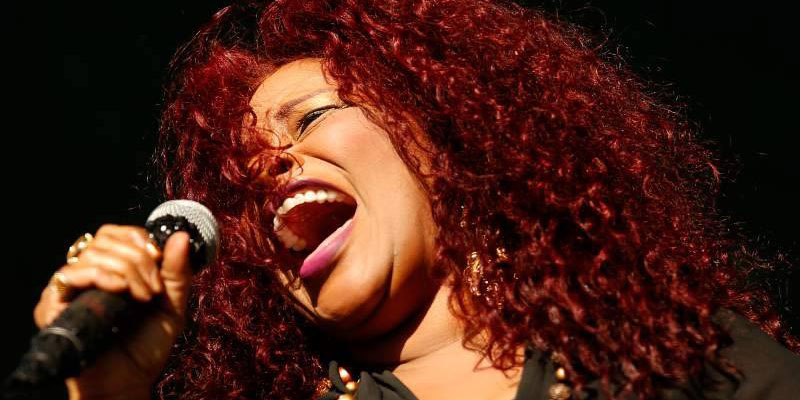 You're playing both festivals and your own shows on your tour. Does your approach to these differ at all?

No, not really. You know I just have to connect with people. It's a little more difficult outdoors but it's still a gas. I love performing, I live to perform.

We'll be adding some new stuff. A couple numbers from my Joni Mitchell experience and also I'm doing a campaign called I'm In Love With Myself.

We have a whole campaign along the idea that self-love is very important, because if you don't know how to love yourself, there's no way you can love other people or be loved. So it's about self-respect and love, that's my message on this tour. And that is being mirrored in my merchandise and I've also got a single by that name.

It seems like music connects with people and is able to be used for messages of hope and self-worth more than other arts.

I'm wondering if you have any thoughts as to why that may be?

Well, because first of all, music is the communication of the angels. It's angelic communication. That's why I can go and sing all over the world and they'll know exactly what I'm talking about even if they don't speak English. It's high communication.

So that's one of the things that makes it so important. It's right-brain stimulation. It's this thing with your heart. And I think that right there, that one thing will out all the others, I think it's really important.

Over the years your hit I'm Every Woman has become a feminist anthem due to its theme of resilience. What do you think of this and was that the intention?

I think it's a great song and a wonderful intention. The song really speaks for itself, doesn't it. It speaks the truth.

But it took time, you know, wisdom, life experience, all those things for that to get through.

Female artists seem to be influencing pop music like never before. Do you think this represents actual change in the music industry?

You know, women are the first teachers of children. We bring the children unto the Earth, and we're their first teachers. So that dynamic is only spreading into more areas and more walks of life, that's what's happening.

You have collaborated with a who's who list of artists such as Stevie Wonder, Ray Charles, and Quincy Jones over your career. What do like most about collaborating?

I think collaborating is like making a new baby. I think it's very important for me. It becomes boring otherwise, you know? I love mixing the colours, the mixing of anything. I like mixed stuff, combinations.

You're known for putting on a great live show, with your legendary voice taking centre stage. How have your live shows changed over your career?

I would hope it's gotten better [laughs].

Since you started, concerts have grown into massive spectacles. What do you think about all the technology involved in a concert these days?

Well I don't know what my musicians are doing, they got a lot of gadgets and stuff back there. You know, they're doing their thing. I'm just focussed on my microphone. The only technology I'm actually aware of is actually just having a screen behind me, generating good pictures and stuff like that.

For me it's still pretty simple, and I like to keep it simple. It's not rocket science. Some people just miss their calling and should be rocket scientists or something, you know, technicians [laughing]. 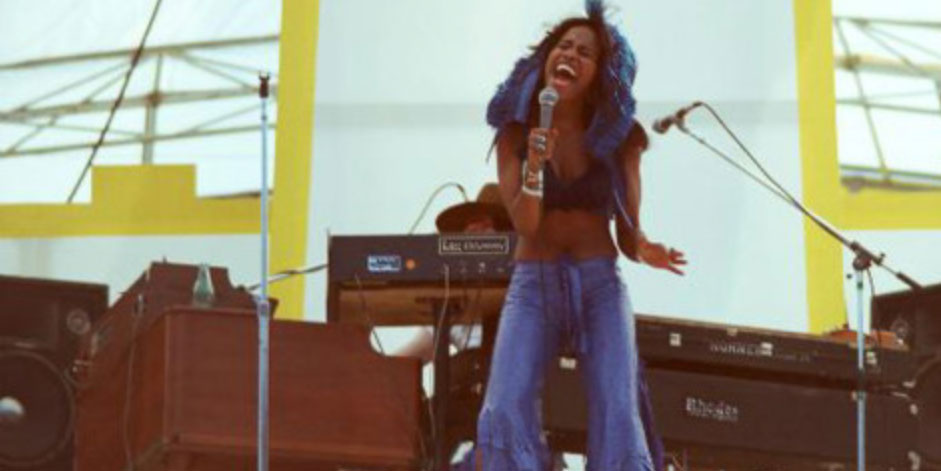 When Napster came out and rocked the music industry you were one of the first artists to come out as pro downloading. What is it about file sharing that you see as a positive development?

Well you know, there's two sides to that. Part of my heart says it's not fair. I'm talking financially fair. The thing about it is that it is all good because actually the other side of me says music is for everyone. And like water, it should be free.

What do you think of streaming services, like Spotify?

I think they're great. I've got a fire stick, I take it with me all over the world. I'm watching movies on Netflix, so I'm good.

You have a big following in the UK and have spoken about your affinity for the place and its culture. Why do you think the UK and Chaka Khan seem to understand each other so well?

Who knows! I never look a gift horse in the mouth. It's just a beautiful thing. And I'm so happy I have a love over there, it's like my other home.

I just sold my house of thirty years in West London. You know I have to say I do miss it. But, you know, I'm not paying taxes in two places, it's not going to happen [laughs].

And finally, you're playing the opening ceremony at Secret Solstice, are you looking forward to that?

I'm so looking forward to being there and singing to everybody. I just want to remind everybody about self love. Fake it till you make it!