King's Day is a Dutch national holiday which celebrates the birthday of King Willem-Alexander on the 27th April. To celebrate, the whole country has a day off and celebrates with street parties, festivals and flea markets.

With 2020 marking the 135th celebration of the royal birthday, we look into why hundreds of thousands of people flock to the Dutch Capital from all over the world for this special day.

The Kings full name is Willem-Alexander Orange-Nassau, so in celebration of his birthday and an homage to the royal family, everyone gets dressed up in their best and brightest orange outfits. The country almost literally turns in to a sea of tangerine, with some choosing to go subtle, and others incredibly over the top - tutus and all. The city also joins in, draping the streets in orange decorations fit for a king.

2. It used to be called Queen's Day and Princess' Day before that

The tradition itself began as Princess' Day in 1885, to celebrate the birthday of then Princess Wilhelmina on the 31st of August. Since then it has gone through many transformations, becoming Queen's Day when she took the throne in 1890. The holiday then moved to 30 April to honour Queen Juliana and finally became the King's Day we know now, set on 27 April, when Willem-Alexander became king in 2013. 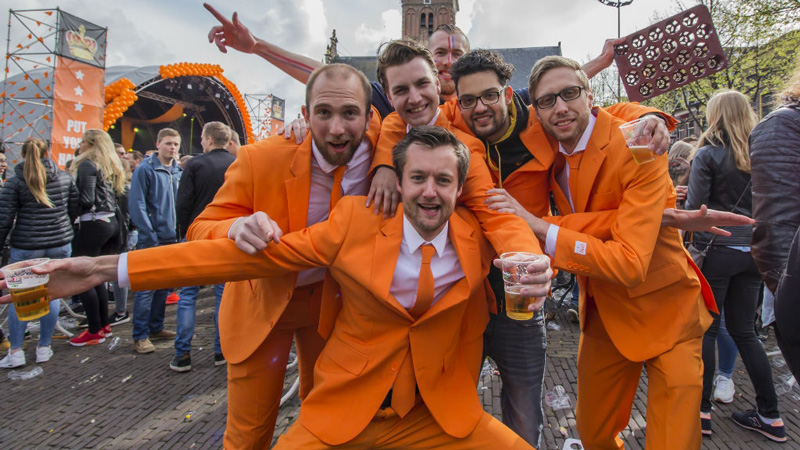 3. There are simultaneous parties happening all over the country

From street parties to large-scale organised festivals and events, there are hundreds of places to dance, sing and celebrate in The Netherlands on this joyous day. Kingsland hold four large-scale festivals simultaneously, anchored in electronic music (allegedly the king's favourite) in Amsterdam, Rotterdam, Groningen, Tilburg. And there are many, many more festival options to choose from if you want to go that route, which all go on sale 6 February at 12:00 CEST. But also just going into the streets and wandering will provide you with music, activities and fun as well..

4. It brings a lot of people into the country

Every year between 600,000 and a million people flood the country for this one eventful day. Amsterdam's population doubles, with over 250,000 people arriving in the capital on train alone. Every street, every canal, every boat, every festival and every market will have people dancing, singing, exploring. 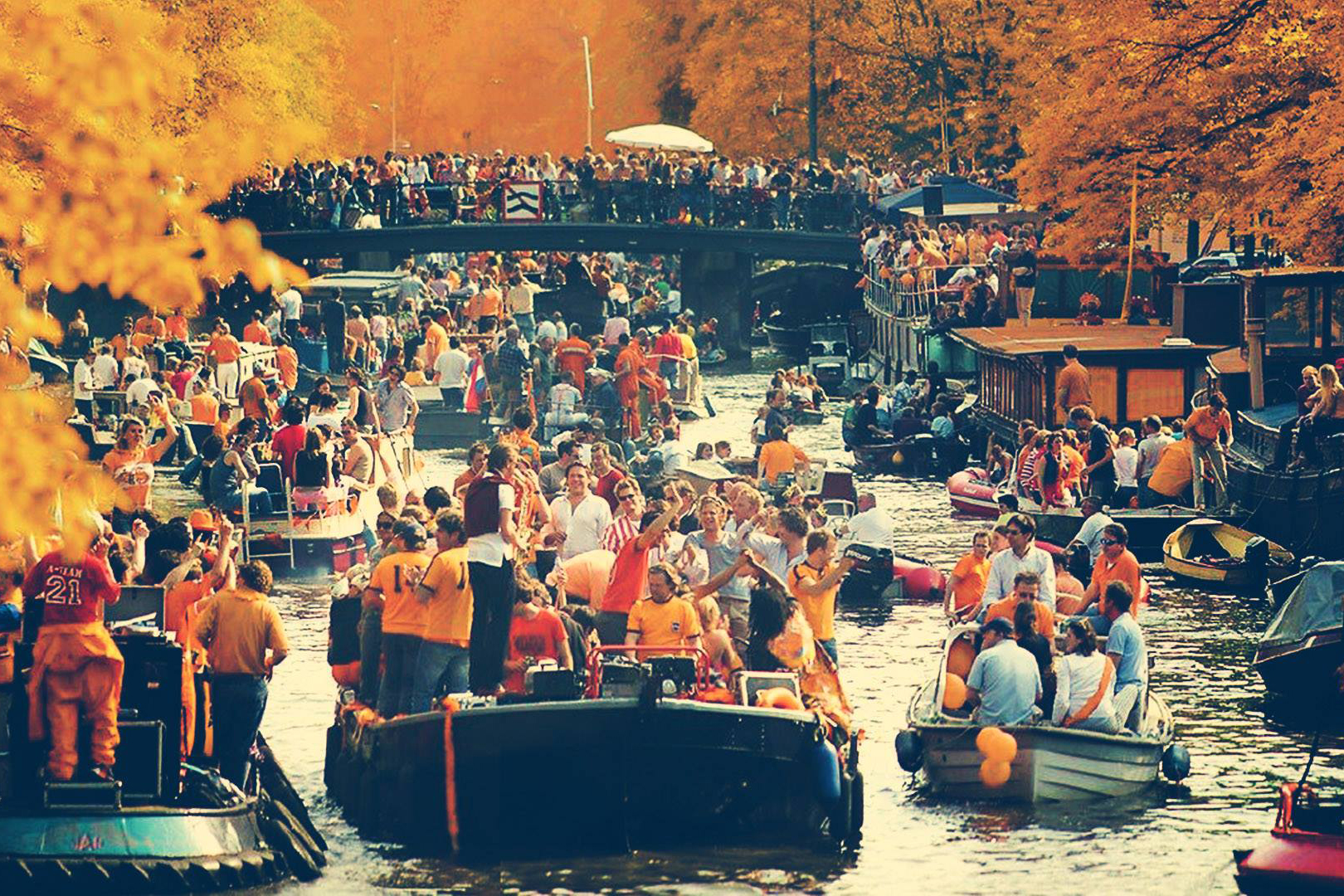 5. The celebration actually begins the night before

For those with the party gene, the festivities actually begin on April 26th, known as King's Night (Koningsnacht). Festivals, clubs, bars, late night cafes and dance halls come alive on the eve of King's Day, so you can see if you can go all night and into the next day or if you'll have to have a quick nap to keep going..

6. The canals are packed with boat parties

There are over 165 canals in Amsterdam alone, and most will be donned with boat parties all day long. Known by some as the 'Venice of the north', the Amsterdam canals will be gridlocked with parties all day. If you fancy just watching the world go by, head to one of Amsterdam's 1,500 bridges where you can experience the nautical fun on dry land. 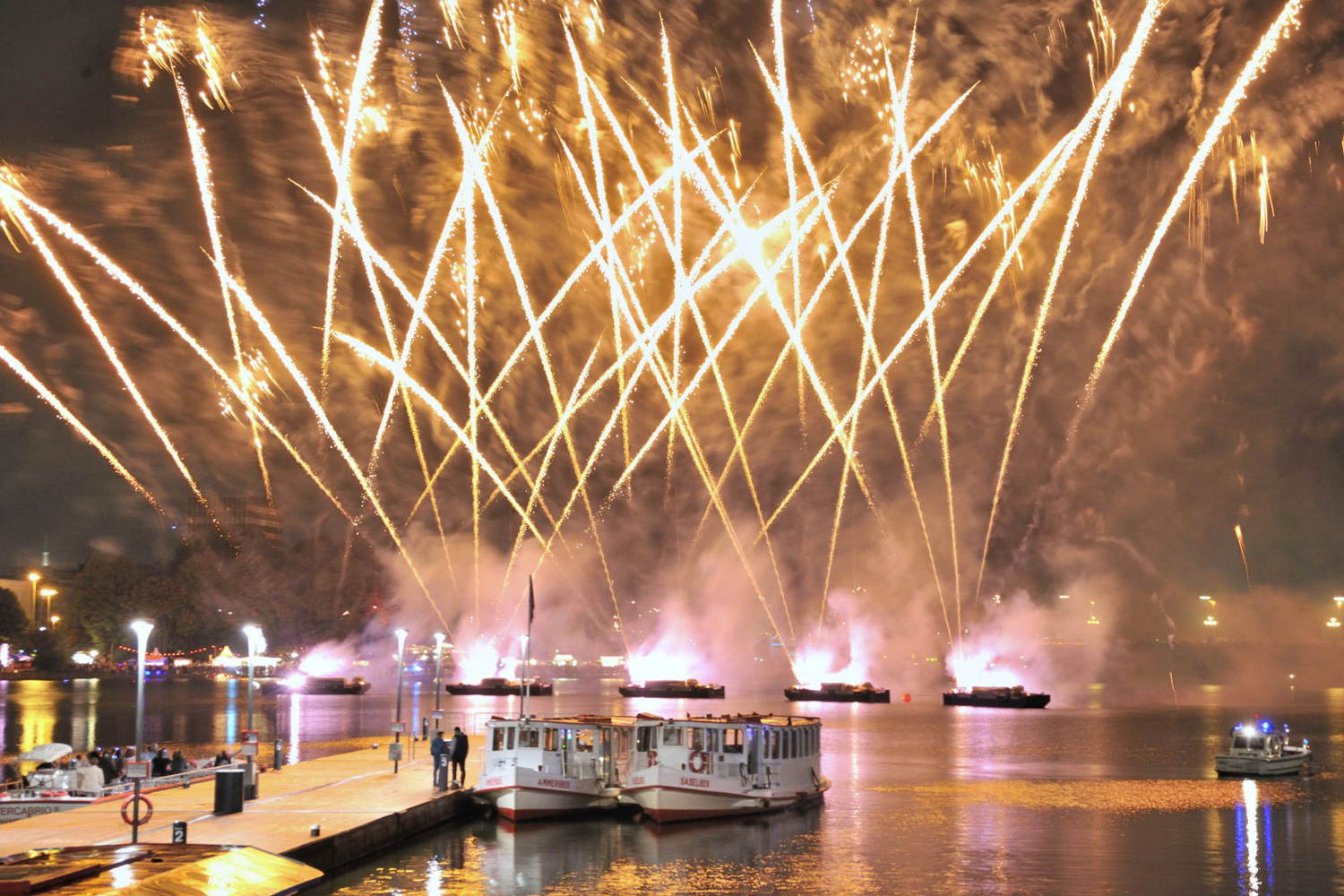 7. Not everywhere closes on King's Day

If you fancy a quick escape from the festivities to gather yourself, you'll be happy to know that not everywhere closes on King's Day. Most museums continue to be open during this time, allowing the growing population to come and experience the history of the country, including Anne Frank's House, Van Gogh Museum, the Rijksmuseum (arts and history) and the Stedelijk Museum (modern art and design)..

Amsterdam (and many other cities) turn into large markets with hundreds of souvenirs and sweet treats to enjoy. For those who enjoy staying away from the party animals, this is a great way to walk through the cities whilst grabbing some interesting pieces on the way. The average seller makes €90 on this day, so there's definitely amazing things to buy. 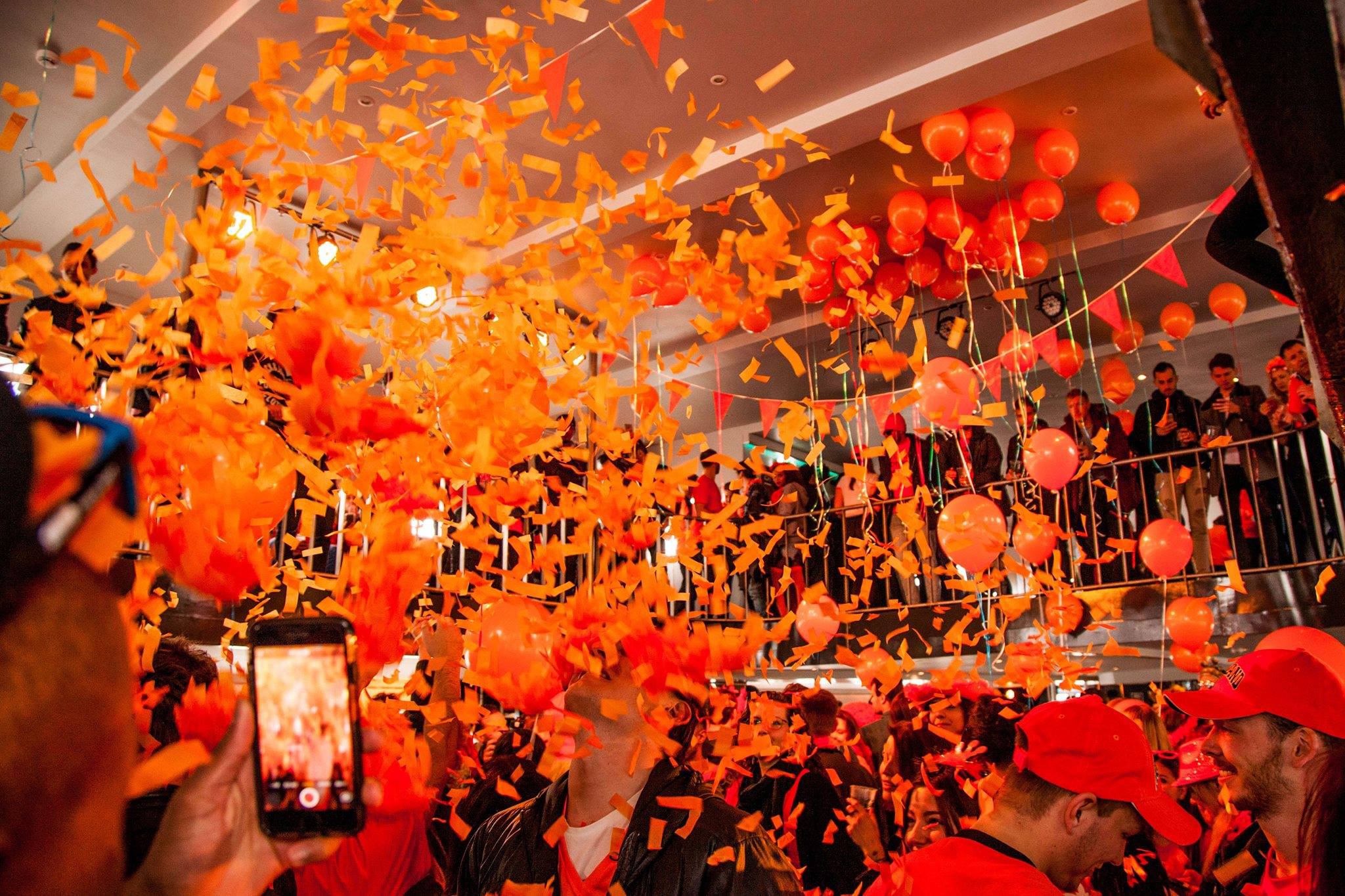 9. It's the most filmed event in The Netherlands

With so many people flooding the country from all over the world, many use the day to visit Amsterdam for the first time, creating daily vlogs or a picture gallery. And with killer lineups across all the festivals, it is no surprise many film the day to share with loved ones. The orange attire brightens up the country and is the perfect opportunity to experience the Dutch passions to the fullest.

10. You might get a glimpse of the Birthday Boy

King Willem-Alexander is following in the footsteps of his mother Queen Beatrix, and visits a different Dutch city every year. Last year he was at Amersfoort, with his wife and children. However this is kept a secret until the day so there's a good chance he could be wherever you are this birthday. 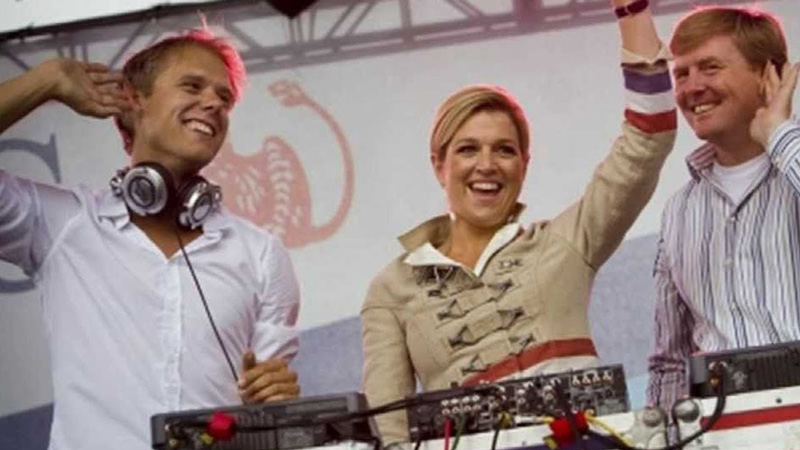 King's Day (Koningsdag) is held on 27th April every year. Click here to check out our collection of large King's Day festivals available across The Netherlands.