More acts have been announced for the forthcoming edition of Mad Cool Festival, held in the Spanish capital from 8-11 July.

Among the new names confirmed to be heading to Madrid in summer are Glass Animals, Parcels, Clairo, Sam Fender, Kali Uchis, and alternative rock veterans Placebo (who have also just been announced for Bilbao BBK Live).

Also announced are The Comet Is Coming, Dinosaur Pile-Up, and underground electronic music favourites Stephan Bodzin, Paula Temple, and ANNA. See below for the full lineup so far, and head to our guide for more information about the festival. 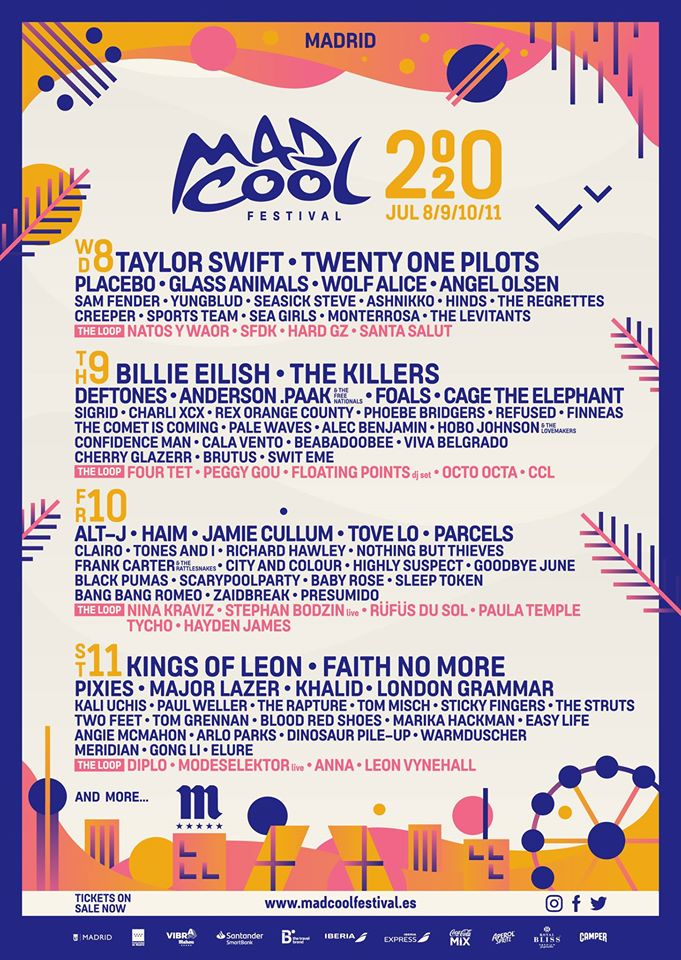