The festival have also confirmed the day splits for their landmark 25th anniversary edition, revealing that the newly announced acts will both perform on the first day of the festival, Thursday 18 July, which will be headlined by dance music veteran Fatboy Slim.

The other headliners Lana Del Rey, Kings of Leon, and Vetusta Morla will perform on Friday, Saturday and Sunday respectively, with the likes of The 1975, AJ Tracey, George Ezra, and Jess Glynne also appearing across the weekend.

See below for the full lineup so far, including day splits, and head to our guide for more information about the festival. 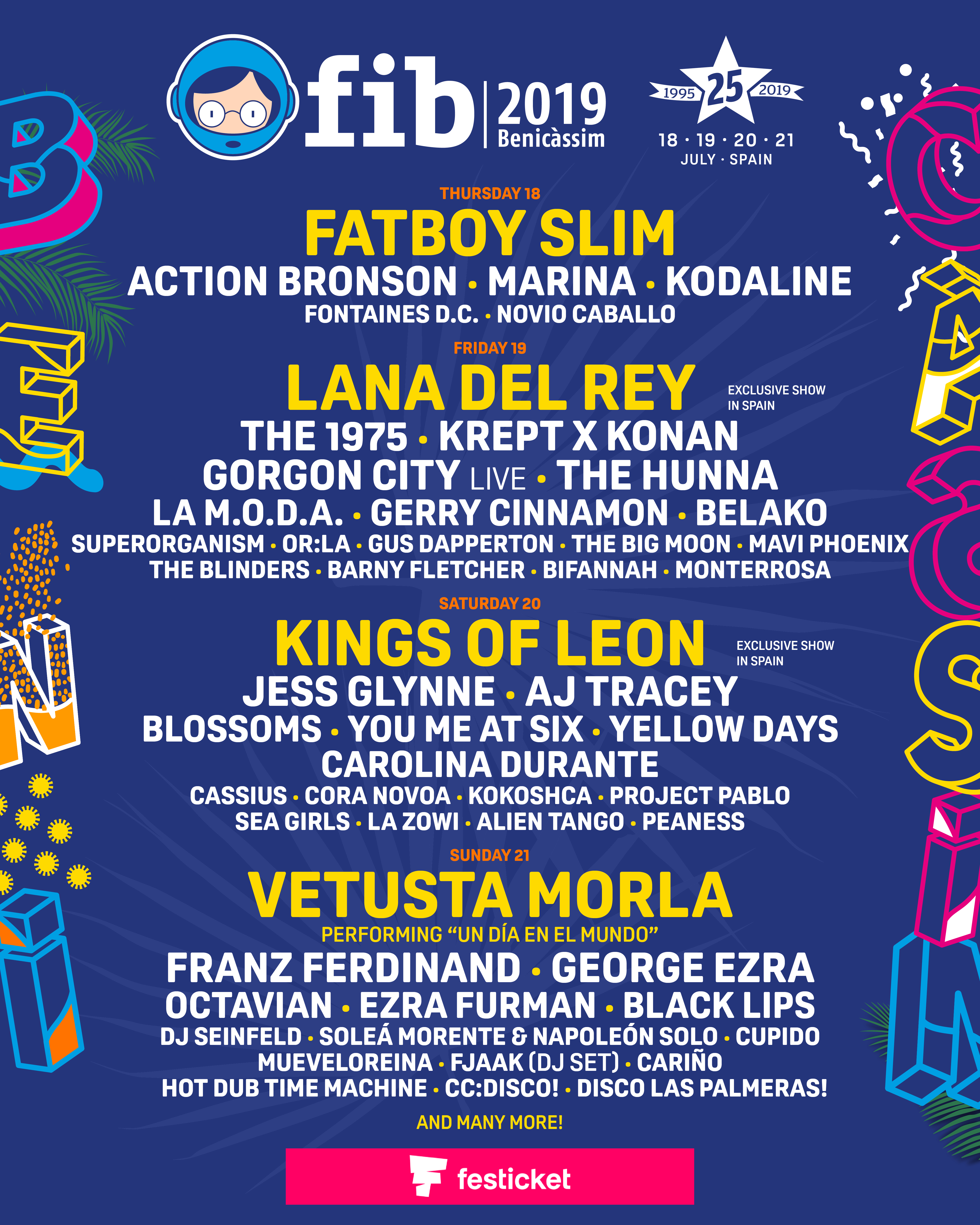