The highly anticipated lineup has been released for Music On Festival 2020, which will see a number of artists head to Amsterdam to perform alongside founder Marco Carola for two days of insane electronic, house and techno music.

Music On, one of the most respected music festivals within the genre annually curate an exciting array of high class DJs for their summer festival. Founded by the electronic legend Marco Carola and his Music On label, the weekend consists of a mix of electronic legends and up-and-coming stars, giving you a chance to experience it all.

Alongside Marco Carola and Jamie Jones, who was revealed as a headliner in December, there will also be anticipated sets from Benny Rodrigues, Loco Dice, Apollonia and Ben Sterling, who is stopping in on his world tour. Archie Hamilton, Danny Tengalia and Hector Couto are also set to perform.

Known as the global ambassador of techno music, Marco Carola was instrumental in the rise of techno music all over the world in the 90s, bringing it to mainstream acclaim. His Music On festivals remain the hub for electronic enthusiasts to explore their favourite artists and appreciate the new ones coming through.

Jean Pierre, Marco Faraone, Paco Osuna, Jesse Calosso, Lauren Lane, Stacey Pullen, tINI, wAFF and Leon will all be there as well as Richy Ahmed and Solardo, who have both been confirmed for multiple festivals already this year.

Taking place in Havenpark, Amsterdam in 9-10 May 2020, the festival is set to be the perfect beginning to a fantastic array of festivals in the Dutch capital over the summer. 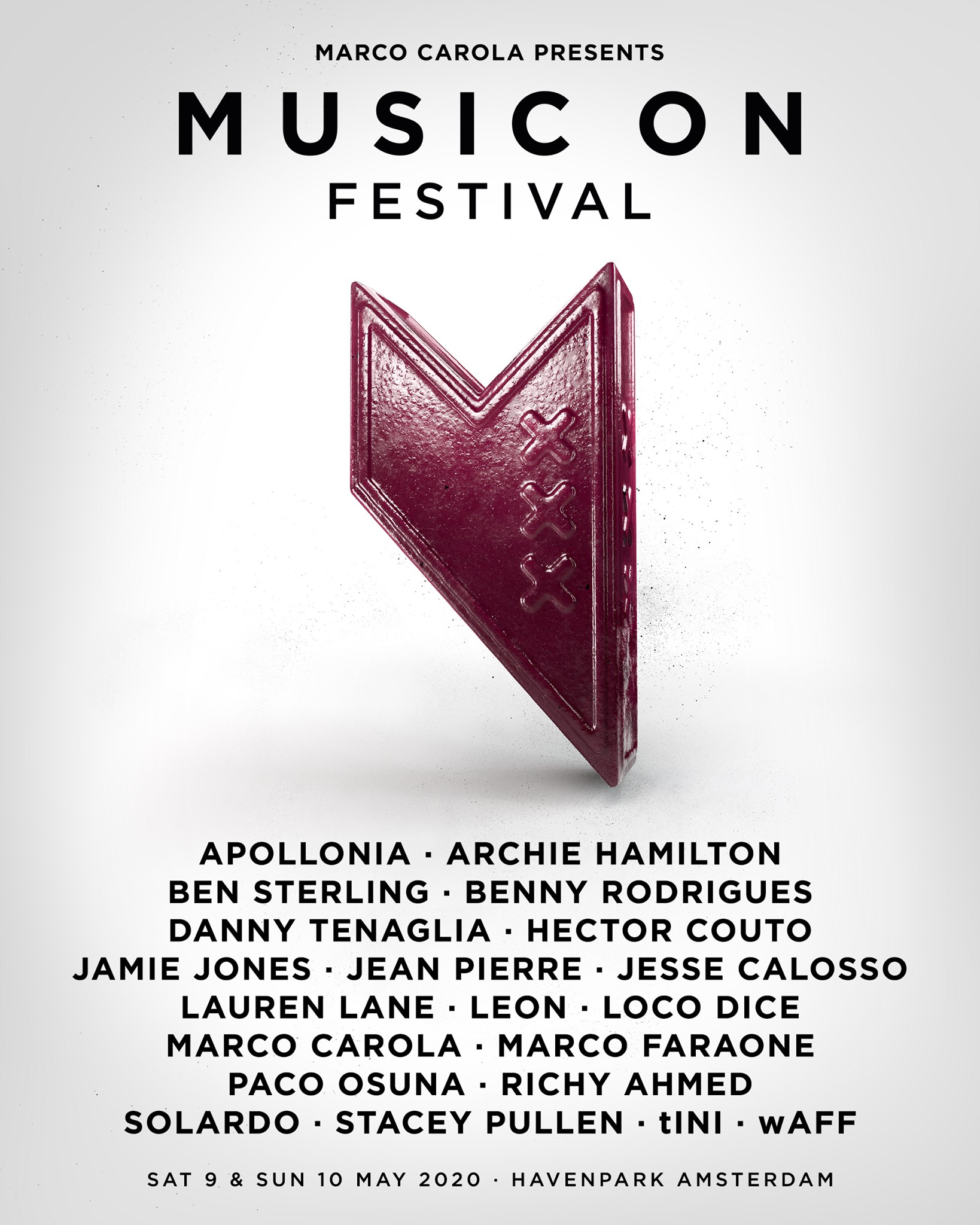 Music On Festival takes place on 9-10 May 2020 in Havenpark, Amsterdam. Tickets are now on sale on our Festicket guide where you can find the full lineup and more information about the event.