Scotland is home to a diverse and often star-studded array of festivals that span the summer months, all the way from the capital Edinburgh in the south to the practically Nordic islands of Shetland in the far north.

The demise of RockNess opened the door for T In The Park to sweep all before it, but now that it's gone the same way itself, TRNSMT has become the latest to take on the mantle. And it's done so mightily impressively. Who else gets Radiohead at a debut edition? 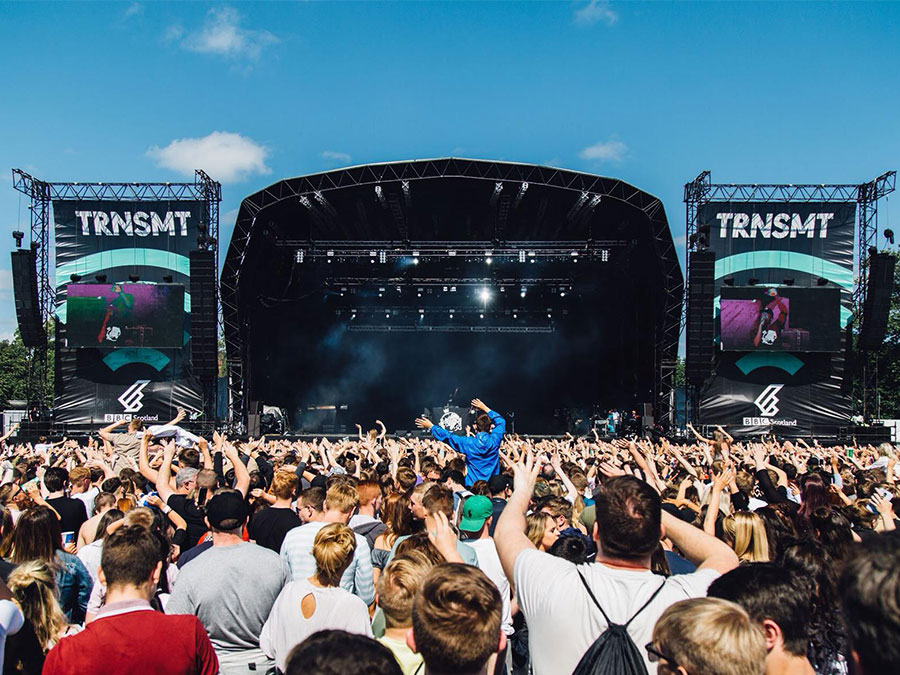 Festival lineup: The Cure, Foo Fighters, The 1975, Twin Atlantic, You Me at Six, Slaves, Mogwai, The Joy Formidable

After seven years with consistently impressive headline acts Glasgow Summer Sessions attracts around 100,000 people each year to enjoy to its extraordinary lineup of rock, indie, dance and hip-hop stars. 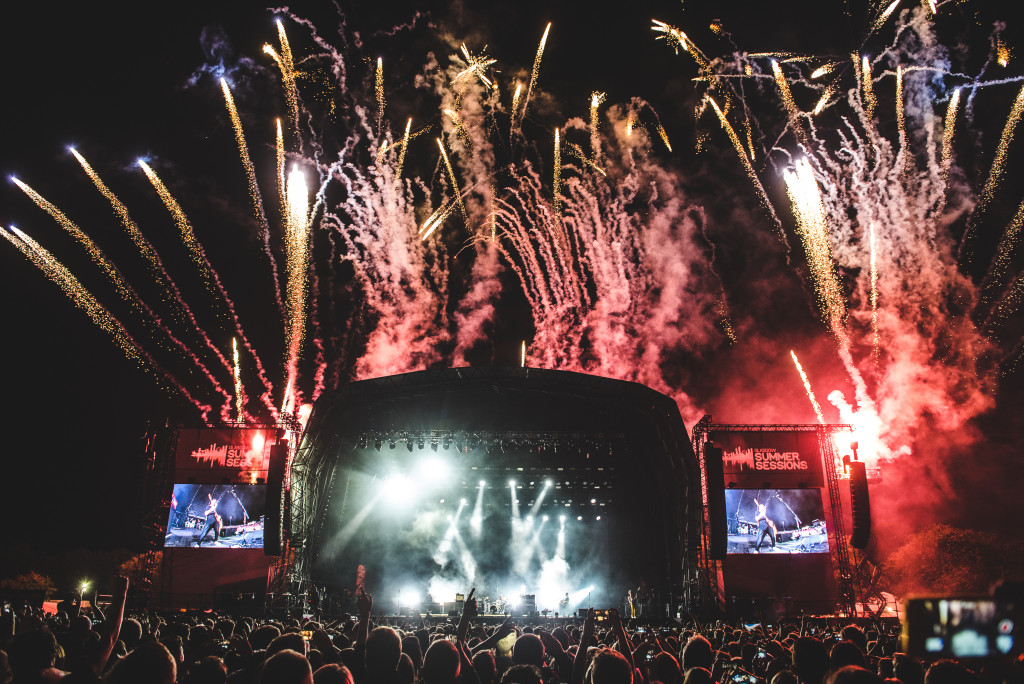 Due to their incredible debut in 2018, Edinburgh Summer Sessions is following in the footsteps of its neighbouring festival Glasgow Summer Sessions with remarkable lineups. Taking place in the centre of Scotland's capital, it's the perfect chance to visit one of the UK's most charming and unique cities. 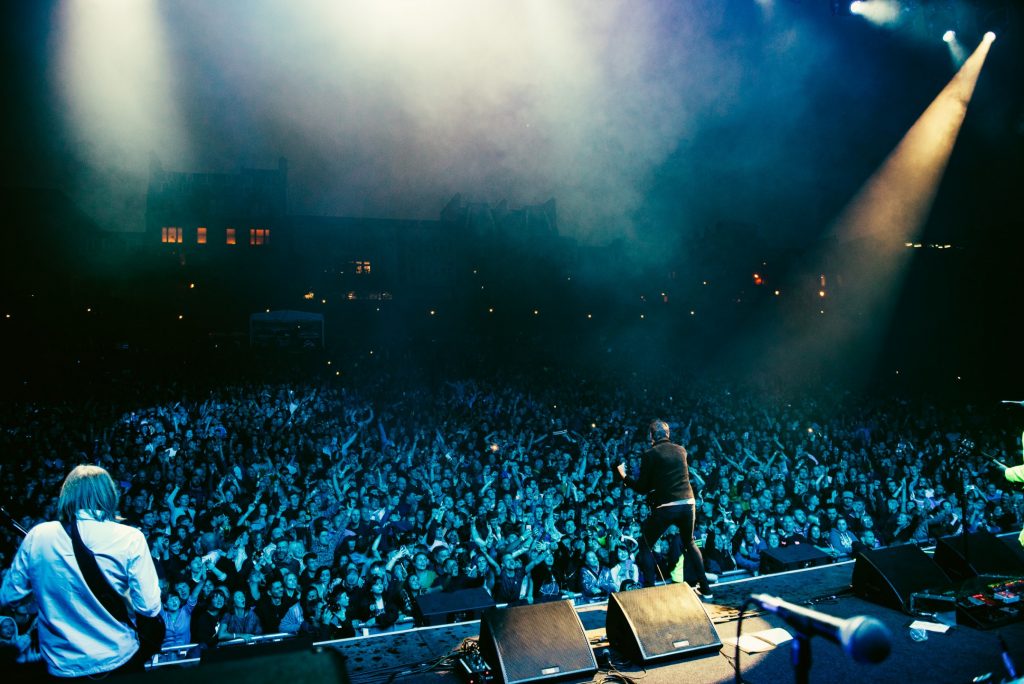 With five editions under its belt, Electric Fields Festival looks like becoming a fixture in the UK's family-friendly festival scene. An eclectic lineup is welcomed to the beautiful Drumlanrig Castle in Southwest Scotland, where great music, a fairground and a dedicated kids' play and craft area make it a dream for all ages. 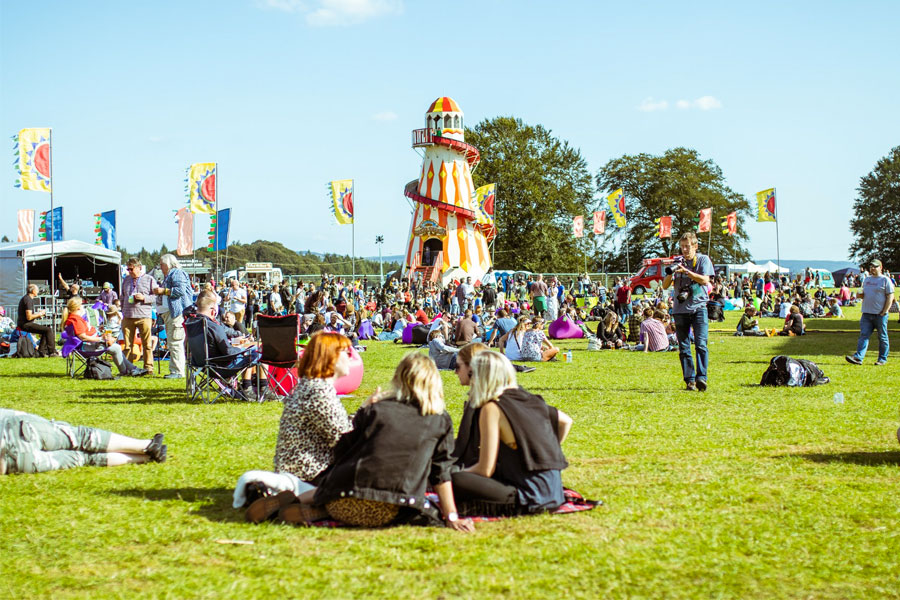 Each August, Scotland’s capital is taken over and transformed by the Edinburgh Fringe Festival: three exhilarating weeks of the finest in theatre, comedy, cabaret, art and more the world has to offer. 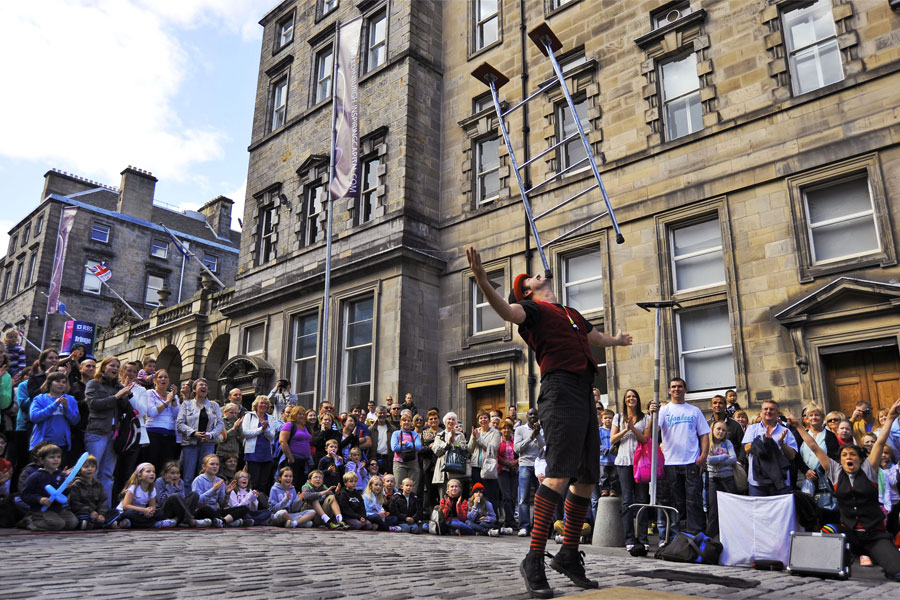 Edinburgh International Festival's month-long focal-point for classical music and traditional performance was where the world-famous Fringe Festival started – as side-entertainment. And though popular perspective may now view the Fringe's comedy and theatre as more important, the International Festival is still one of the most respected of its kind in the world. 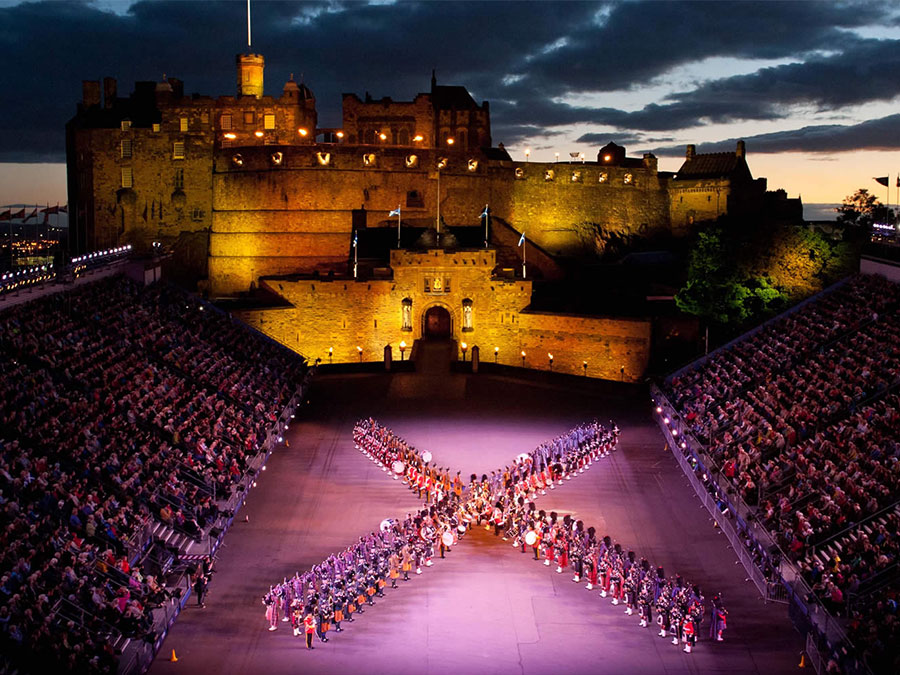 Typically headlined by national favourites from the pop, indie and rock worlds, Solas has a strong art-y feel with poetry, dance, philosophy, literature and even politics part of the weekend's programme. If you're a family, Solas is probably your best choice on the mainland. 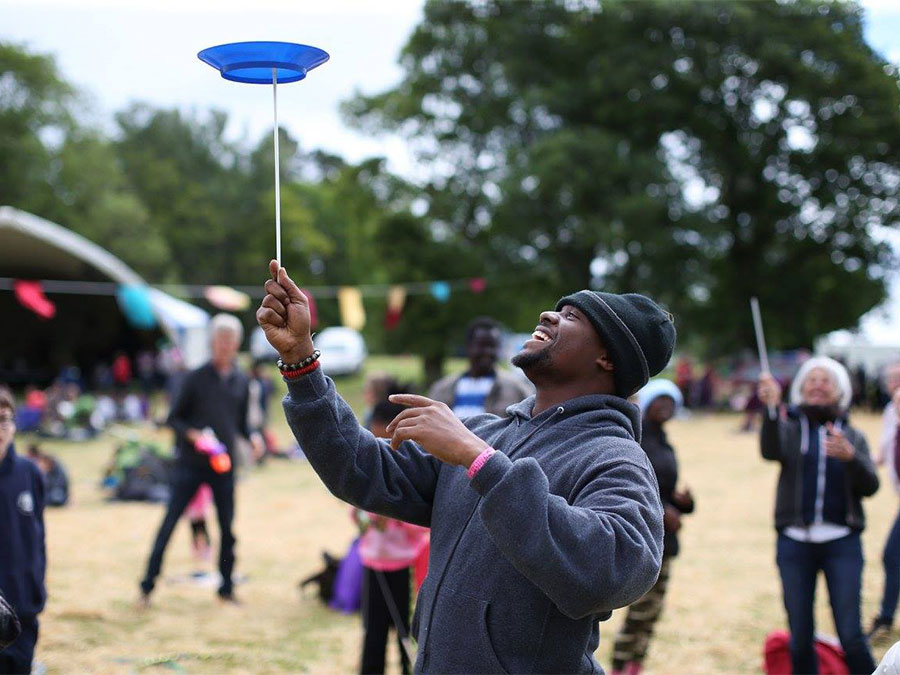 From its name to its logo and, well, its geography, Tartan Heart Festival is as Scottish as they come. The lineups tend to feature some impressive names, while the free fringe events – 2 weeks surrounding the festival – muster up a great community feel. 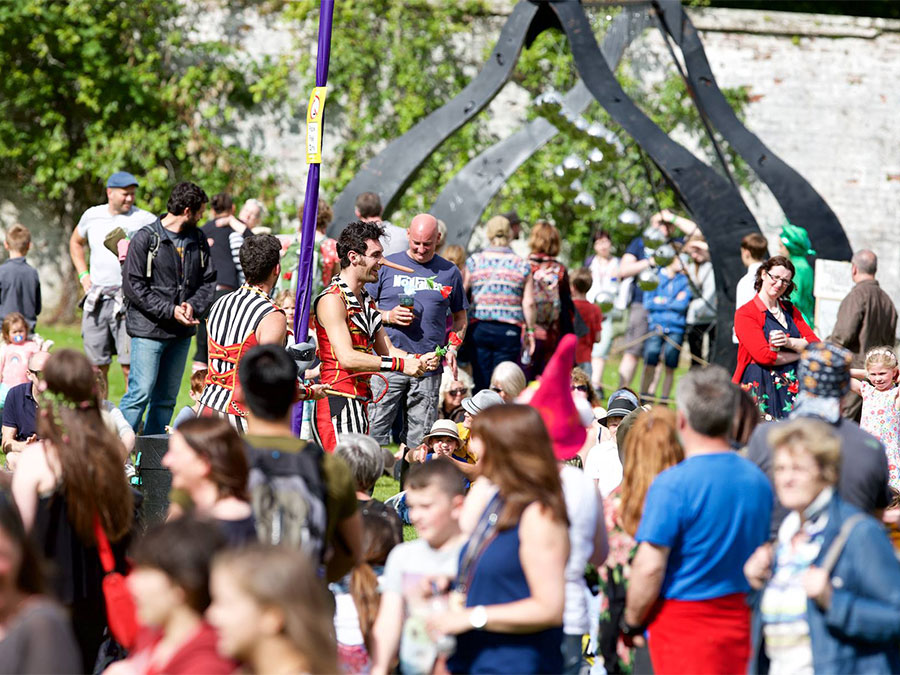 Hosted on the grounds of a 13th century castle – spruced up by Brazilian graffiti artists a few years back – and run by the family of the resident Lord Glasgow, Kelburn Garden party turns the park's old woodlands and valley into a magical escape. A small army of local acts, sprinkled with one or two more well-known names each year, help Kelburn Garden Party keep hold of its family feel.

Sneaking in before the other festivals getting going in August, the Edinburgh Jazz & Blues Festival is another city-wide series that features true heavyweights as well as promising young and local musicians. The likes of Van Morrison and Jools Holland were among 2014's most high-profile acts. 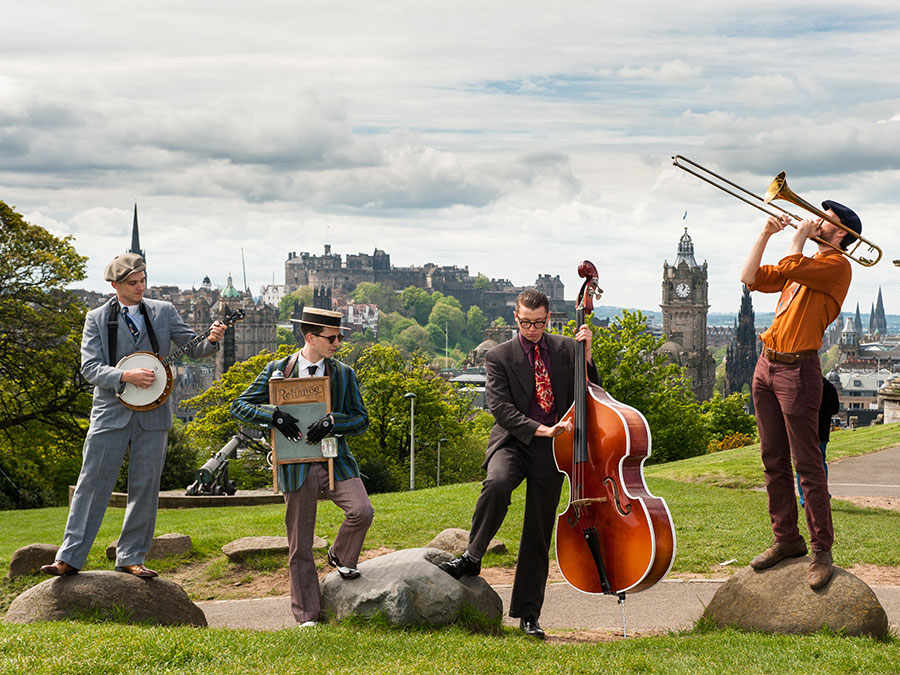