Festival Trends of The 2010s: Representation and Inclusivity

It's still strange to think another decade has reached its conclusion, what with momentous happenings soon to be classified as from "the 10s". But though the tag doesn't quite roll off the tongue, this decade will likely be considered in retrospect as being a definitive era in the evolution of contemporary music festivals. And I don't use the term 'definitive' lightly. 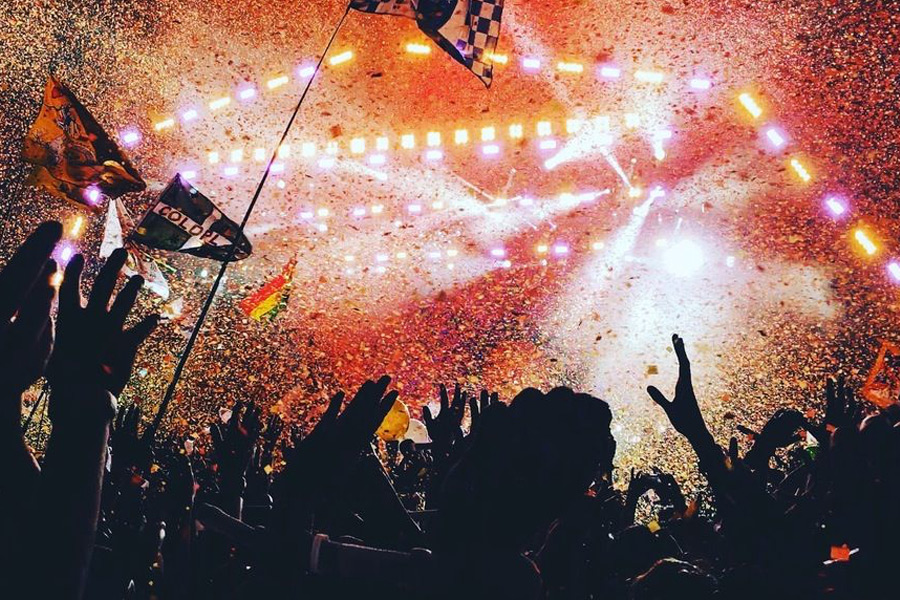 Music festivals have become huge business over the course of the past ten years - not to say that putting on a music festival has only recently become lucrative, more so that there is now a vast selection of festivals outside of the prominent names that spring to mind (Glastonbury, Coachella, Reading, Roskilde, etc). The exponential domination of music streaming has indefinitely altered listening culture (for better or worse) with live music experiences now somewhat placed on a pedestal of 'true fandom', sought-after by people of all tastes and creeds. 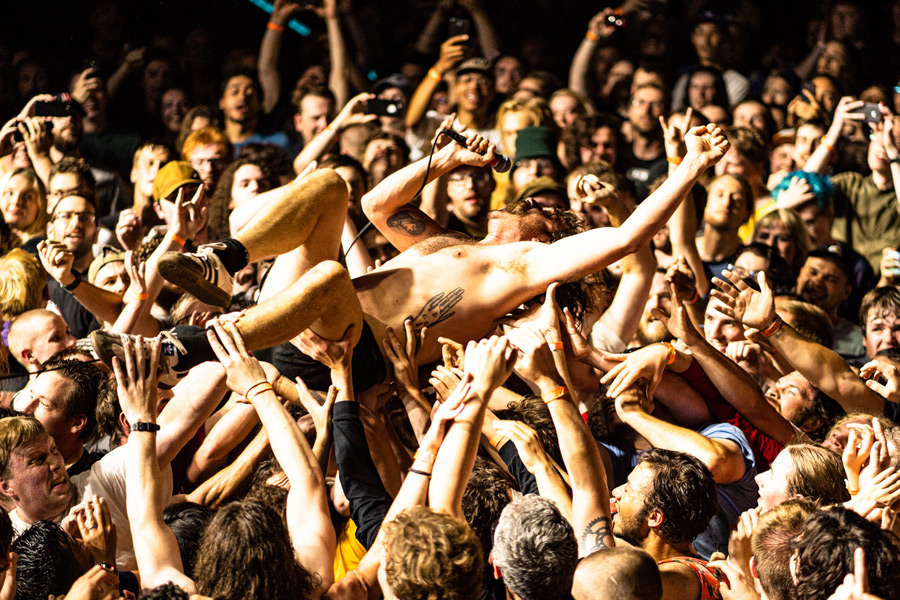 The democratic, direct-to-user nature of streaming and reliance on new forms of music discovery such as YouTube, Bandcamp or SoundCloud has opened doors for music genres that weren't typically acknowledge by mainstream charts, or artists that had been through the so-called industry mill for nurturing talent. This has safely been the most meaningful revolution the music industry has endured in decades.

And the festival industry has had to keep up, to reflect changes in society and popular culture; over the past ten years, this has undoubtedly seen a shift away from the traditional mode of music festivals with major rock or alternative artists, very usually male-dominated, sitting atop the festival's summits.

There's a wider discussion over whether the age of streaming has diminished sub-cultures as we once knew, but we'll save that for another day. 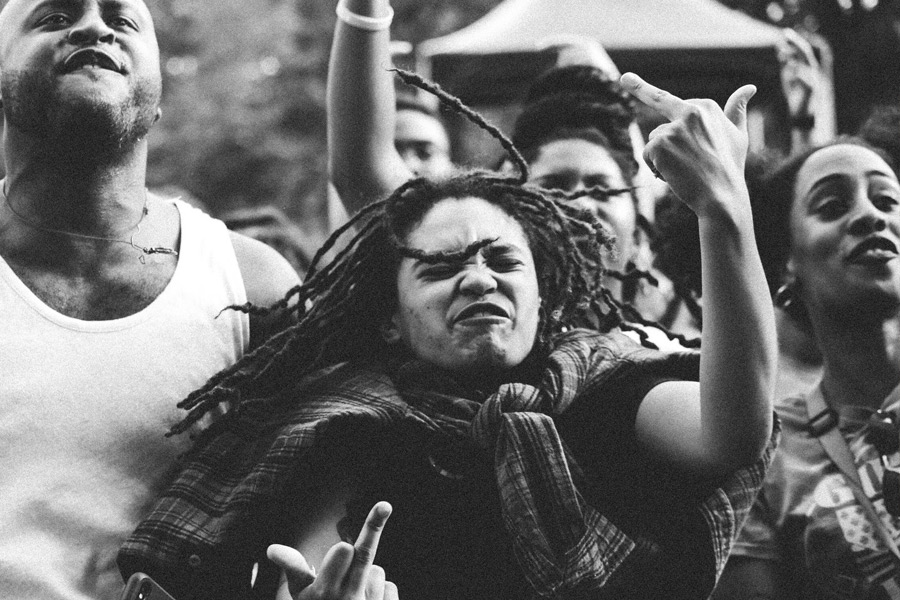 Appointments outside of the realm of rock/indie/metal were often met with furore before the turn of this decade, claims that particular artists didn't belong on particular stages often occupied by white male guitar artists.

The initial reaction (outrage when referring to a certain Gallagher brother) to Jay-Z's headline Glastonbury set in 2008 exemplified this, yet became a watershed moment for acceptance of cross-genre rosters, and a defining performance of the era.

Rewind to the beginning of the previous decade, when teenage pop duo Daphne and Celeste were bottled off the Reading Festival stage – a moment which they retrospectively described as horrifying – simply because they were a preppy, bubblegum pop act appearing on a rock-dominated festival stage.

Ok, they were seriously shit, but you'd seldom see that sort of derision for poppier artists nowadays as there's generally more acceptance and demand for festivals to cater to a mixed-bag of festival-goers.

Fast-forward almost twenty years to August 2019, and Billie Eilish, this year's chart-topping revelation, drew in the largest-ever crowd at Reading Festival for a sub-headline performance. A sign of the times, indeed. 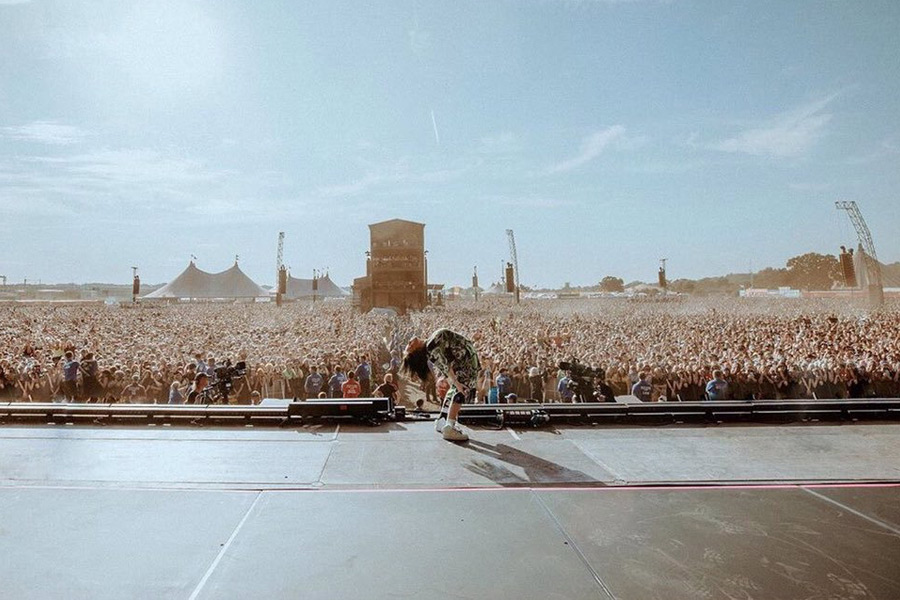 It's now commonplace to see pop giants and hip hop megastars share the stage with rock icons, with the aforementioned genres arguably the presiding money-making forms of contemporary music. But it's not all cynical money-grabbing, however, rather a fairer representation of the diverse demographics that both listen to popular music and enjoy a raucous music festival.

London's Wireless Festival is the prime example of a festival evolving to reflect the times; initially focusing on indie fare, headlined by the likes of The Strokes, Depeche Mode, LCD Soundsystem, and The White Stripes, it was only at the turn of this decade where promoters essentially rebranded the festival as an one-stop shop to see the highest profile artists in 'urban' music. Drake, Rihanna, Kanye West, Jay-Z, Nicki Minaj, Bruno Mars, Cardi B and Travis Scott have all headlined since 2012. 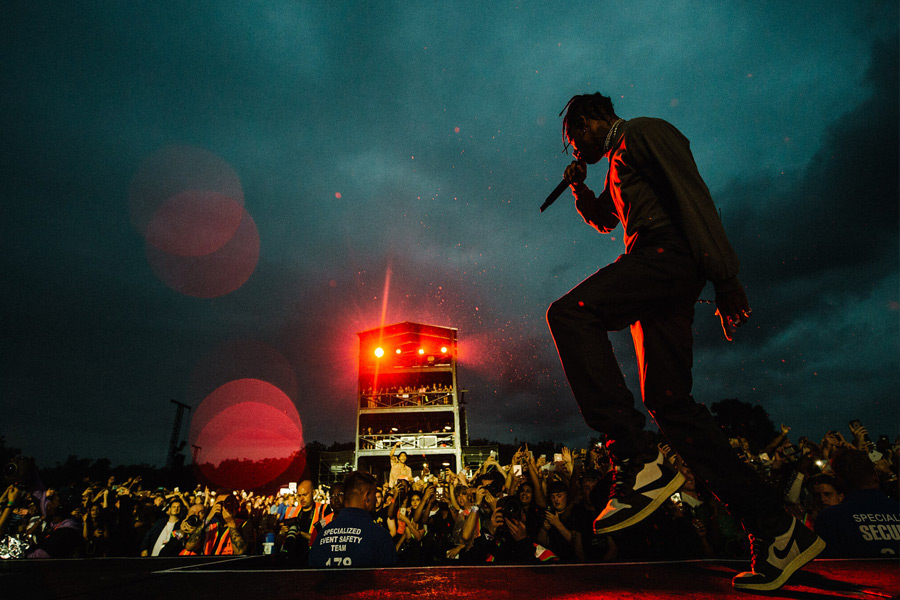 There's now a growing list of in-demand music festivals that entertain exclusively for these genres, like Lovebox, Oh My! Music Festival, and Openair Frauenfeld for instance, but landmark inclusions of diverse artists on what could be considered traditionally as 'rock' festivals has been prominent throughout the 2010s.

Grime is firmly the most radical musical movement to come out of the UK for some years, which culminated in Stormzy's acclaimed Glastonbury headline slot earlier this year, the genre born of a working-class, predominantly black youth-orientated demographic given a global platform.

This extends beyond grime of course; reggaeton artists like J Balvin, J-Pop/metal mash-up Babymetal, or Afrobeats powerhouses like Burna Boy command respectful spots on major festivals alongside their 'Western' counterparts, further proving in that the age of streaming, popular music is no longer confined to the English language or the 'global north'. 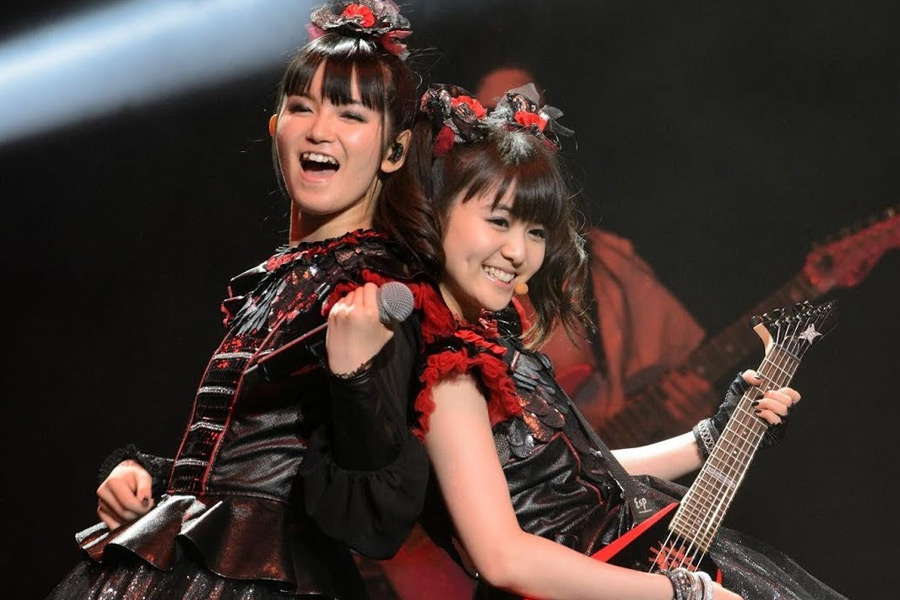 The sheer lack of female representation, either headlining or further down festival bills is no secret, however.

Despite female artists topping streaming charts, generating millions in revenue each year, and winning the adoration of fans across the gender spectrum, music festivals still generally opt for white male guitar bands as the major names at the top of the poster, even though white male guitar music seems to be out of favour. In the charts, at least. 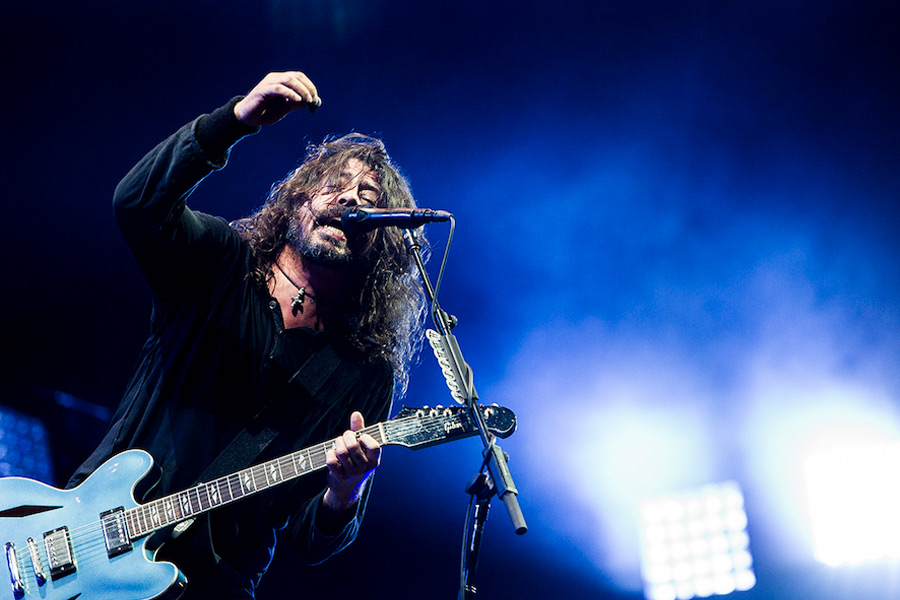 There was a breakthrough last year, thankfully, due to some high profile figures such as Lily Allen and Annie Mac who called-out festival promoters for their "embarrassing" and "appalling" male-heavy lineups. Considering half the people attending these festivals were female, it's still pretty sad to know this isn't fairly represented. But, this will soon change.

In-part sparked by the debate, major festivals around the world signed up to the Keychange initiative, a pledge for festival lineups to have an equal 50/50 gender-balanced billing by 2022. 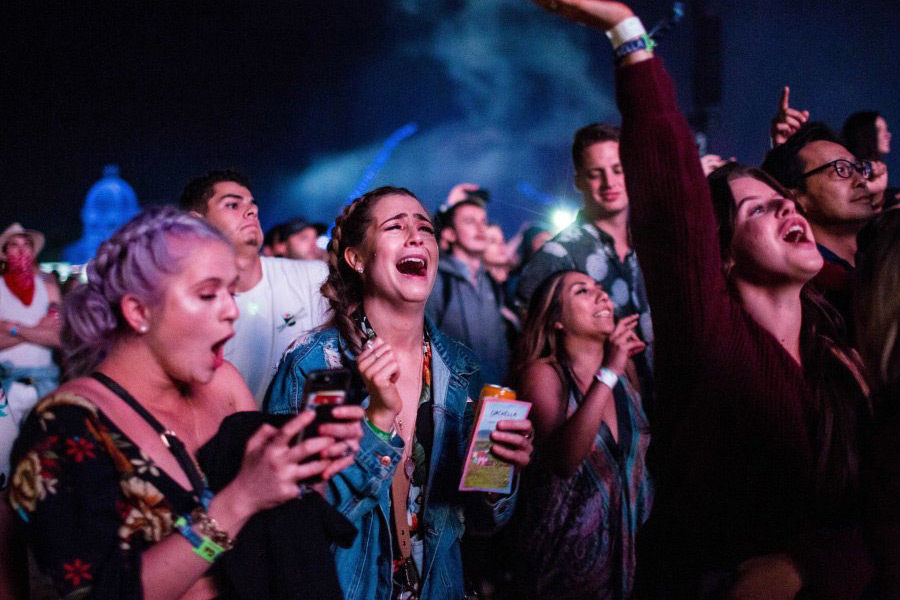 Leading the progress in 2018 were Latitude and the now-defunct Bestival, who had the highest proportion of all female acts – 30% and 29% of advertised acts respectively.

Three years ahead of schedule, 2019's editions of Primavera Sound and Iceland Airwaves revealed a gender-balanced lineup from top to bottom - the former dubbing their marketing campaign 'The New Normal'. If one of Europe's most respected and sought-after music festivals can easily reach the pledged 50/50 target, then surely it should prove to be a cornerstone in the shifting dynamic of future festivals? 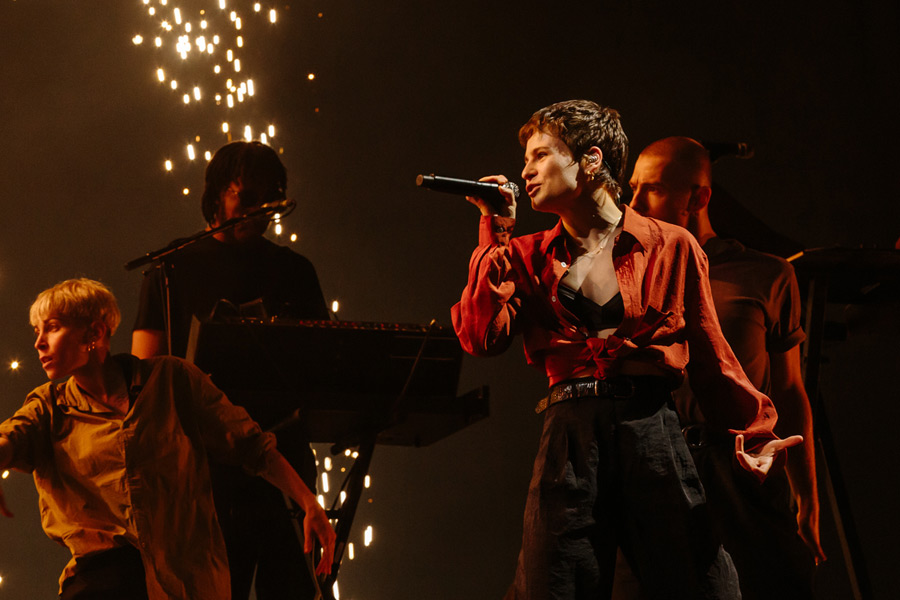 Not just yet is a fair prognosis: more women need to be "picking up guitars" and "playing in bands" was the response of TRNSMT's festival director Geoff Ellis after their first lineup announcement overwhelmingly featured, you guessed it, white male guitar music.

In fairness, TRNSMT's Queen Tut's Stage is dedicated solely to up-and-coming female artists, though claiming that female artists need guitars or bands to prove their worth is a slightly dodgy stance. I mean, arguably the decade's defining festival performance in terms of social significance was Beyonce headlining Coachella, and there wasn't a guitar in sight.

There's still a need for change. But going by the progress that festivals have made in the past ten years, the 2020s are looking promising.