Nina Kraviz and Listening in The Age of Streaming

"Genre boundaries are fictitious and optional."

With one quote, DJ and producer extraordinaire Nina Kraviz reveals how she's tapped into the zeitgeist.

Although there are countless debates online and in the real world about where a particular song or artist lies on the all powerful genre spectrum, the truth of the matter is that in 2017 it really doesn't matter.

Long gone are the days of the mods and rockers. This is the age of the egalitarian music nerd.

Yes, this isn't a new concept. DJs, with their extensive musical knowledge, took over top spot of the musical hierarchy a while ago. But what is new(er) is how the average music fan is now starting to become an expert as well.

Crate digging used to be the domain of a devoted few, now it's what almost every music fan does on a daily basis as they rifle through their streaming service's library.

With so much music available, how we listen and judge music is changing. Identifying with a particular genre is no longer the norm. Instead, our music tastes have grown even more individualised and personal. The balance between context and pure appreciation has shifted.

Because music is so readily available, you no longer need to rely on someone else's opinion to form yours. So everything surrounding a song (its artist, time period, genre, etcetera) now matters less and less, while your own personal experience of the song matters more and more. 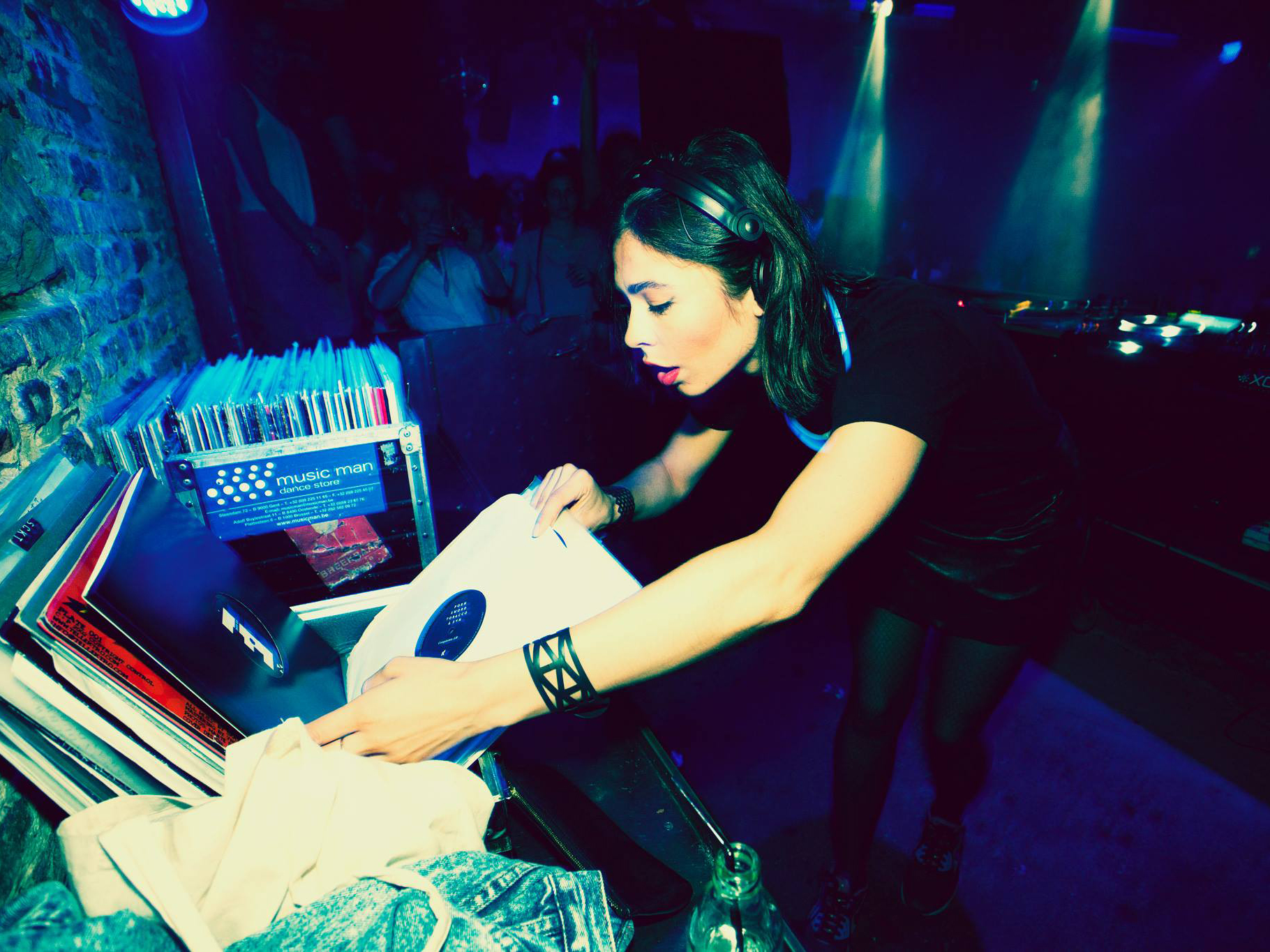 And this is where Nina Kraviz comes in.

The Russian electronic artist epitomises this approach to listening, citing avant garde composers and rock and roll heroes in the same sentence as influences. She constantly talks about her lack of interest in the context surrounding a song, instead favouring "feel", saying she only likes music that is an honest representation of an "artistic inner world".

This search for sincerity is embodied in her sets, where she doesn't plan much, instead using each performance as a chance to connect with the music she loves, entering what she calls a "state of flow" to feel what songs should come next.

She's certainly not alone in this approach, but she is one of the best at using it to meld seemingly opposing sounds and styles into something completely new and transfixing.

Her rise to the top of electronic music is a testament to where music fandom is at these days. People are more aware of what's out there and no longer need to settle for something less than a deep emotional connection with their music.

Nina Kraviz takes this approach into her live shows, recorded material and the artists she signs for her трип music label. Would we want anything less from our artists?