As we alluded to in our recent 'Rock in Rio 2019: Everything You Need to Know' article, the iconic Brazilian festival is about so much more than the (admittedly hugely impressive) music lineup.

With theatre, dance, gastronomy, gaming and more forming part of the magical Rock in Rio experience, we've picked out some of the biggest features of the forthcoming edition that offer something extra to the musical performances each day.

Formed in Buenos Aires back in 2003, the post-modern theatre company bring together elements of dance, circus, acrobatics, and experimental theatre to create characteristically energetic, immersive and enrapturing live shows.

For Rock in Rio 2019, they have created a bespoke show which will tell the story of the festival's history, taking in historic moments like the famous rainfall at the 1985 debut.

As well as being home to a stage which will see performances from the likes of Tritony Violin Trio, Voice In, and the resident Rock Street Band, Rock District is also home to a number of other attractions.

Among these is the Hollywood-inspired Walk of Fame with handprints from international superstars including Ed Sheeran, Shawn Mendes and Ivete Sangalo, as well as performances from the Cia. Nós da Dança company who will re-imagine iconic music videos complete with their own eye-catching choreography and costumes. 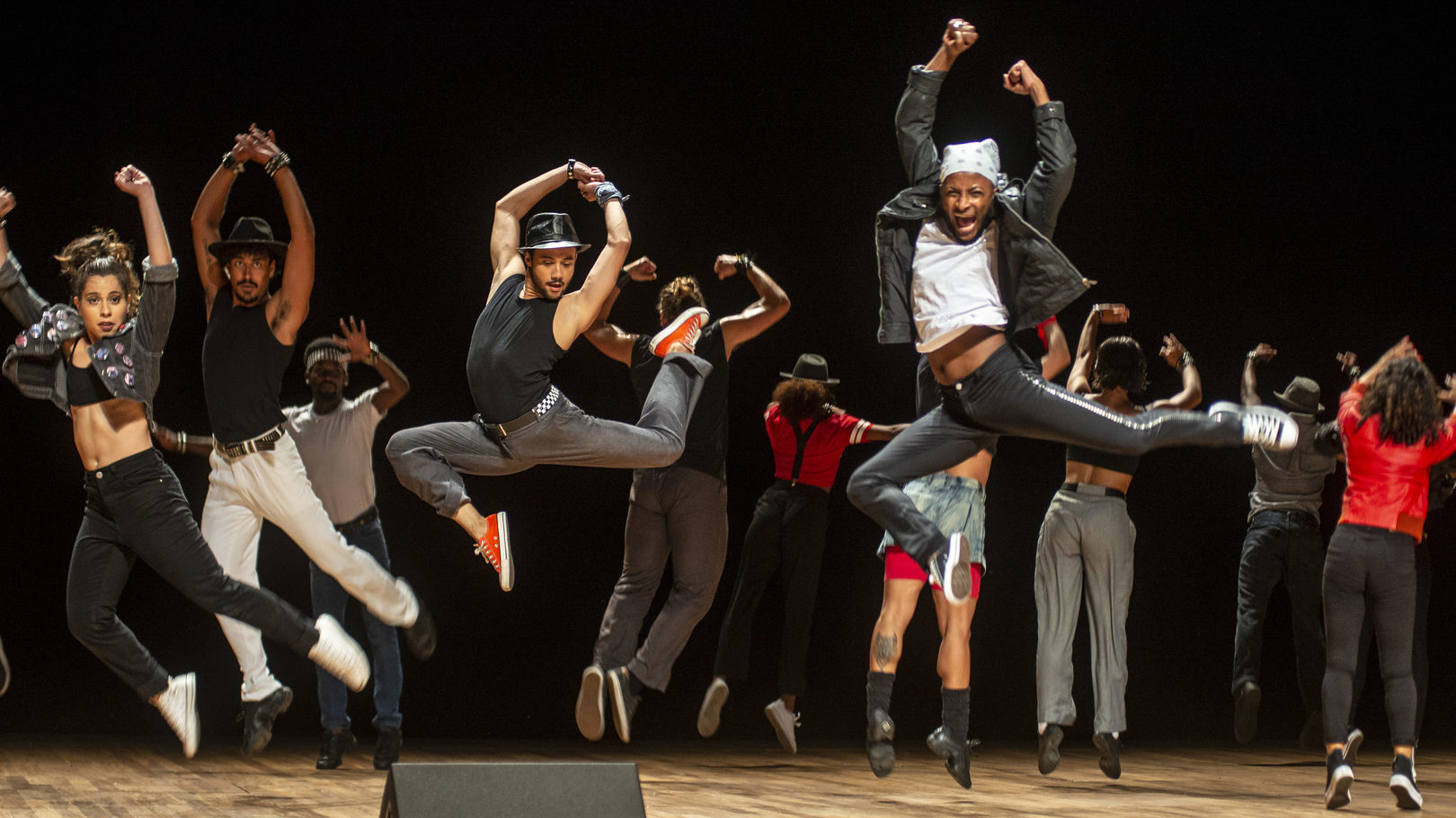 Another new attraction for the forthcoming edition, NAVE will occupy the Olympic Velodrome for the duration of the festival presenting a multimedia exhibition and creative space under the tagline of 'Our Future is Now'.

As part of the project – a partnership between Rock in Rio and Natura – there will be a series of installations and shows built around multimedia technology, including the world's largest projection screen, to offer sensory experiences that give an insight into our collective futures, and transform the thinking of those that see it.

Gaming and eSports have increasingly become part of the Rock in Rio experience in recent years, with the festival embracing the enormous global popularity of these activities. As such, the site this year will feature a bespoke Gameplay Arena for lovers of gaming and technology, bringing the latest innovations alongside demonstrations, competitions and chances to play your favourite games in a purpose-built environment. 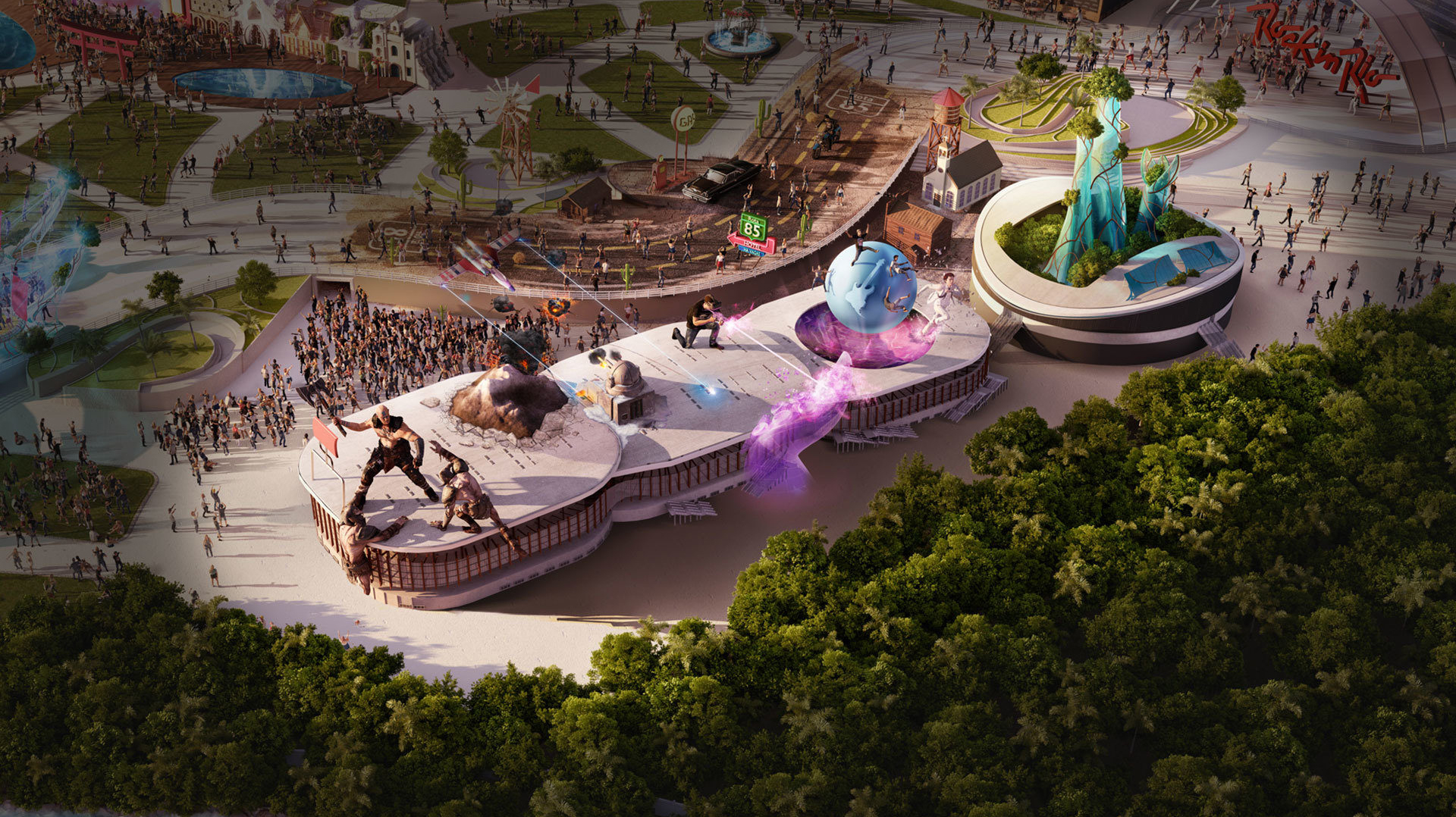 Spread across the festival's impressive site are a number of theme park style rides and attractions – the imposing Mega Drop, the iconic giant ferris wheel offering panoramic views of the City of Rock, the zip line that runs over the crowds of the festival's main stage, and the rollercoaster that looms over the back of the Rock District.

Inspired by the famous Time Out Market in Ribeira, Lisbon, the festival have constructed their own Gourmet Square with space for fourteen gastronomical specialists offering a variety of global cuisine for around 600 people at a time. 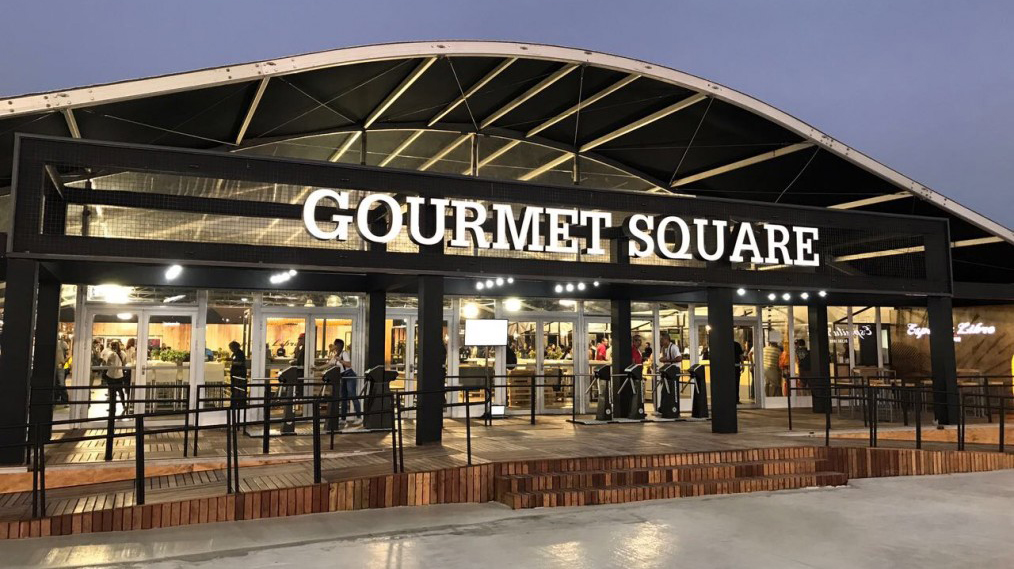