DGTL Barcelona have revealed the final acts for the 2017 edition of the iconic electronic music festival, and it's safe to say they've saved some of the heaviest hitters until last.

First up is Ellum label boss and Mosaic head honcho Maceo Plex, who brings his iconic sound to the Modular stage on Saturday 12 August.

Next, Berghain resident and Berlin techno veteran Marcel Dettmann will perform on the Generator stage on Friday 11 August.

Joining the previously announced Paco Osuna for a back-to-back set on the AMP Stage on 12 August is none other than Seth Troxler, one of the scene's most recognisable names, and one of its biggest characters.

And rounding things off are revered Glasgow duo Optimo, whose parties at the famous Sub Club in their home city have become a thing of legend. They will play the Frequency stage on Friday 11 August.

These four acts join an already impressive lineup of previously announced acts, that included Tale of Us, Solomon, Amelie Lens, Jeff Mills, Eats Everything and Mano Le Tough, among many others. View the full lineup below. 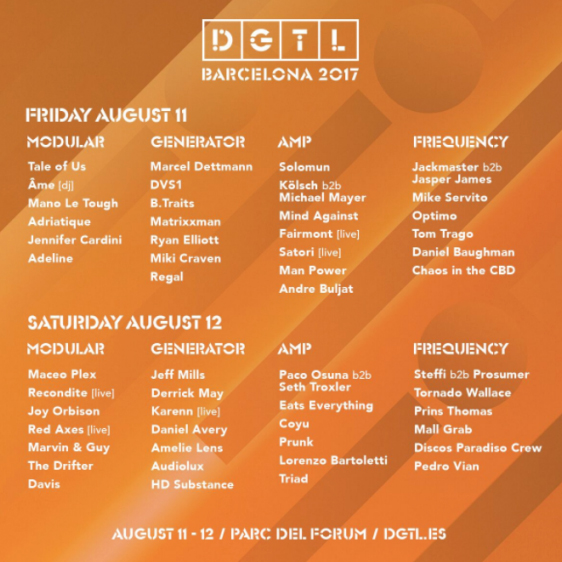 Book DGTL Barcelona tickets & packages here, and find out more on our guide.