Dutch promoters Friendly Fire have announced a series of livestreams which will feature performances from a number of Dutch artists inside Amsterdam's Het Scheepvaartmuseum.

The series will kick off on Wednesday 17th June with rock icons Kensington, and will conclude on Sunday 21st June with a performance from country and pop-rock singer Ilse DeLange.

Also performing over the course of the five nights will be Danny Vera, Duncan Laurence and Krezip.

Each artist will play their live shows from the Open Plein area, underneath the iconic roof of the monumental Scheepvaartmuseum. These five nights promise to be something very special, with not only the setting being unique: each of the artists are adding elements that will surprise even the most seasoned of fans.

All events will be broadcast live on Festicket Live, with tickets going on sale at 10am CEST on Saturday 6th June. You can find out more and book tickets to each event here. 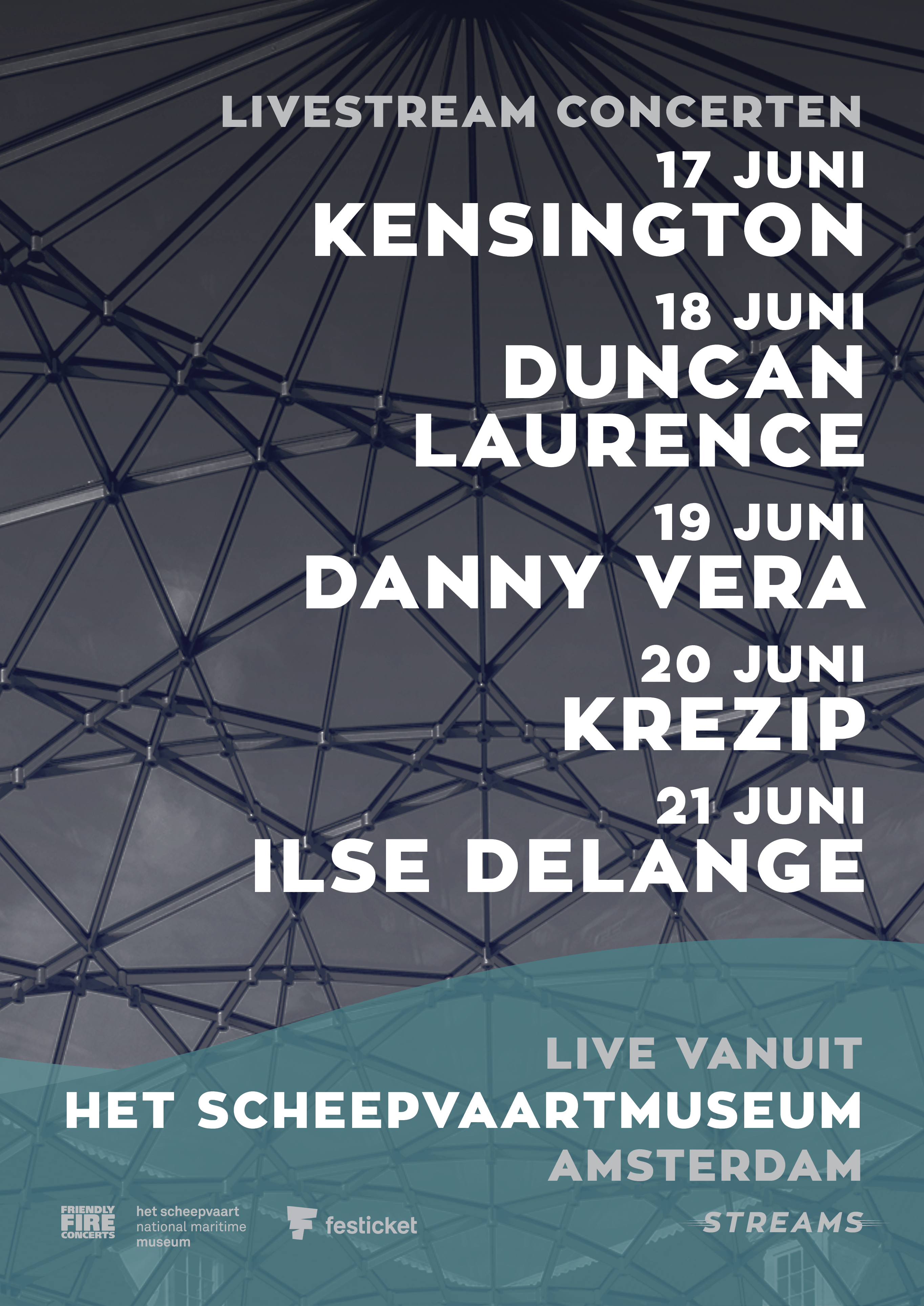