San Diego is about to get a brand new festival as it welcomes the debut edition of Wonderfront Festival.

The music isn't half bad either, with Dimitri Vegas & Like Mike, Miguel, and MGMT leading a diverse lineup that covers rock, hip-hop and dance.

Inspired by the demise of San Diego Street Scene, Wonderfront's organisers hope to fill the conspicuous void left by its predecessor. Its arrival has been cheered by the city's music fans.

"This festival definitely isn’t coming from an out-of town perspective," Hawk said. "It’s coming from true San Diego locals and natives, who want to really highlight what we have as a city, our downtown and bay. I believe in this project and in San Diego as a destination, so I am excited to be involved financially as well."

Hawk will do skateboarding exhibitions on a ramp next to one of the Wonderfront stages, while Machedo predicts he'll join in some of the wake-boarding demonstrations on San Diego Bay.

"I played with one of my bands at one of the last editions of Street Scene and it was such a neat event in downtown San Diego," says Machedo. "I was bummed to see Street Scene end, but Wonderfront takes it up to another level by 100." 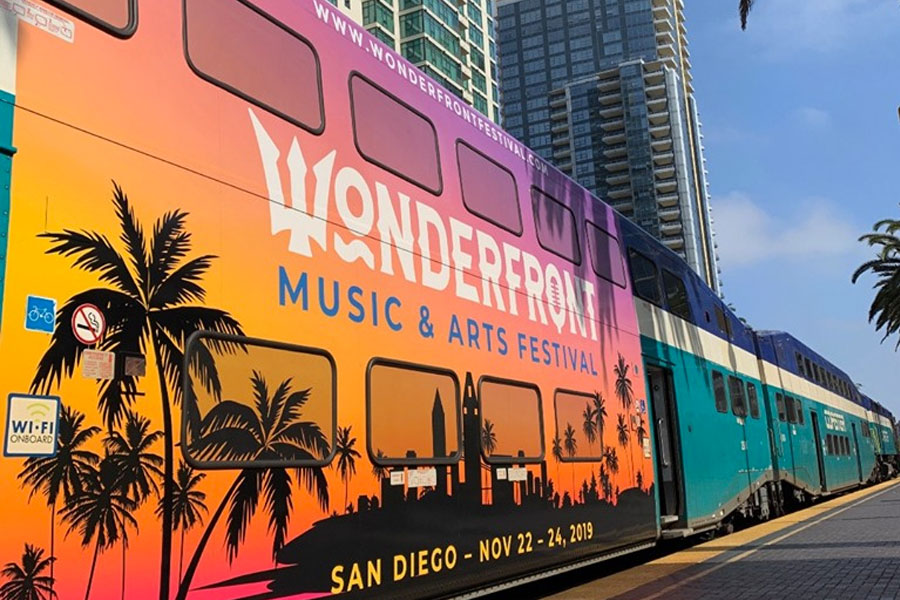 That dedication to the city is evident throughout Wonderfront's philosophy. For one, festival-goers will be able to freely come and go, encouraged to spend time in and around San Diego, dining at its restaurants, drinking in its bars and visiting its other businesses.

And for its founders, Wonderfront fulfils a long-held desire to launch an event that combines wide appeal with a distinctly San Diego feel. Will they achieve it? We'll know come 24th November.

Wonderfront Music & Arts Festival will take place on 22-24 November 2019. Find out more on our guide, and book your tickets to this year's festival here.