Robbie Williams has been confirmed as the second headliner for BST – British Summer Time.

The great entertainer will headline Hyde Park on Sunday 14 July in what will be his only UK open-air show of the year.

Since bursting on to the stage as the youngest member of Take That in 1990 and then going solo in 1995, Robbie Williams has been at the top of his game for nearly 30 years, becoming somewhat a national treasure.

He is now one of the countries most decorated artists, with six of the six of the top 100 best-selling albums in British history with 77 million albums worldwide, 14 Number One singles and won a record 18 BRIT Awards – more than any other artist in music history.

Tickets to this show, as well as Bob Dylan & Neil Young, and Florence + the Machine, are on sale. 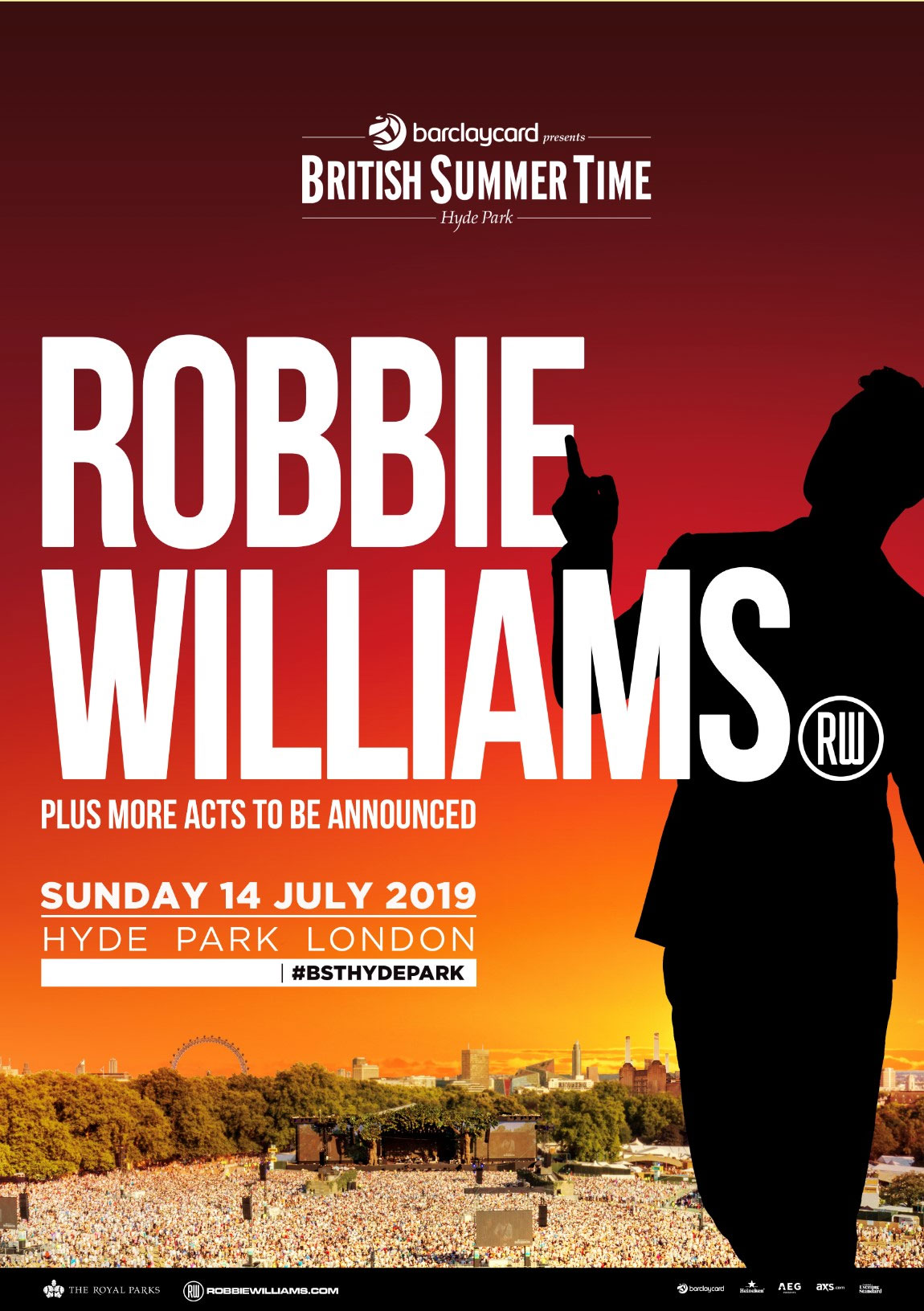