Germany's most famous twin sisters or 'The Brother's Grimm' if you will, have revealed their major headliners for 2020's edition alongside the first batch of support artists.

Playing both Rock am Ring and Rock im Park next June are nu-metal icons System Of A Down, as well as punk-rock luminaries Green Day; the former having announced a run of European festival dates, and the latter finding time to headline the legendary festival amidst their Hella Mega Tour with Fall Out Boy and Weezer. Danish rockers Volbeat complete the third headliner vacancy.

Speaking of Weezer, they also join the bill, along with Deftones, Billy Talent, Korn, The Offspring and Disturbed, making next year's festival a most promising prospect.

For further updates on the festival's lineups and tickets, join either the Rock am Ring or Rock im Park waiting lists. 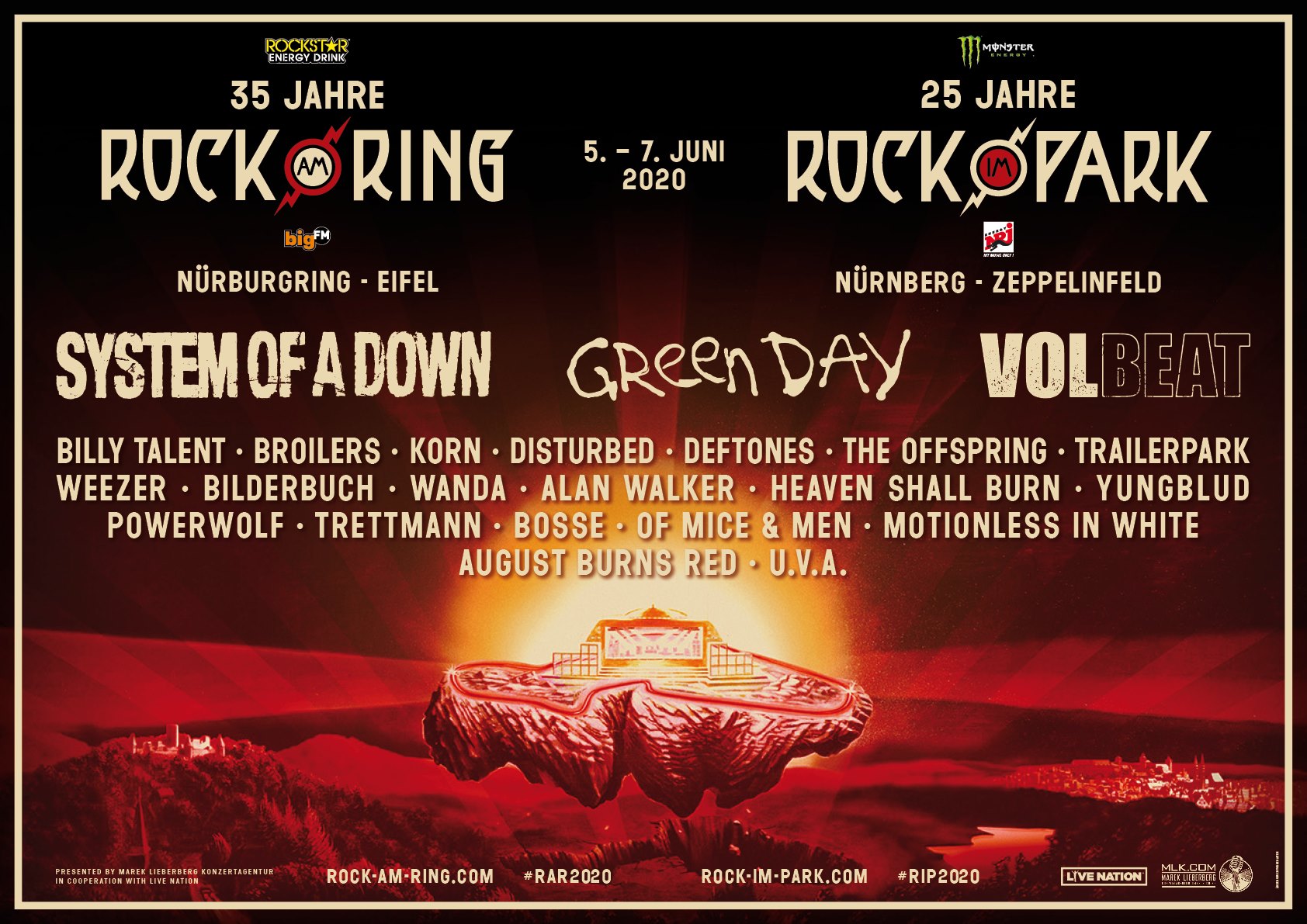