Snowbombing has announced the first wave of artists for 2019's festival, including Stormzy, The Prodigy, Fatboy Slim, Andy C and Bicep.

They will all perform across slopeside stages, igloo raves, street parties and enchanted forests.

Mayrhofen is regarded as one of the best skiing and snowboarding areas in Europe – with 605km of piste, Europe's steepest slope, 20km of cross-country skiing, the Vans Penken Snowpark and access to the Hintertux Glacier. 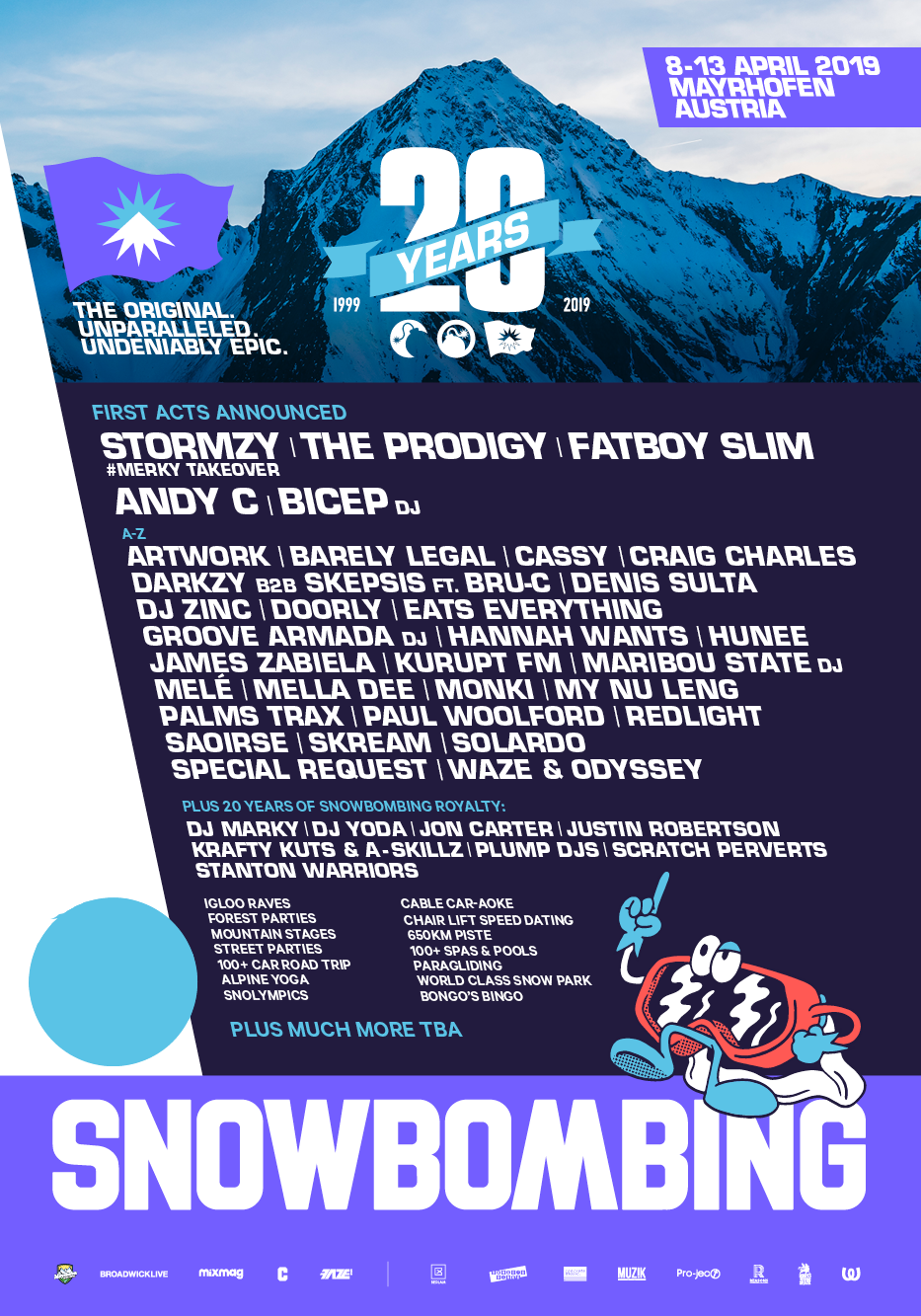