The five will join the already announced Chase & Status, Giggs, Run the Jewels and many more on the Austrian slopes this April.

The festival also won Best Small Festival at the European Festival Awards last night. It's no wonder given the world class talent that's already on this year's lineup. 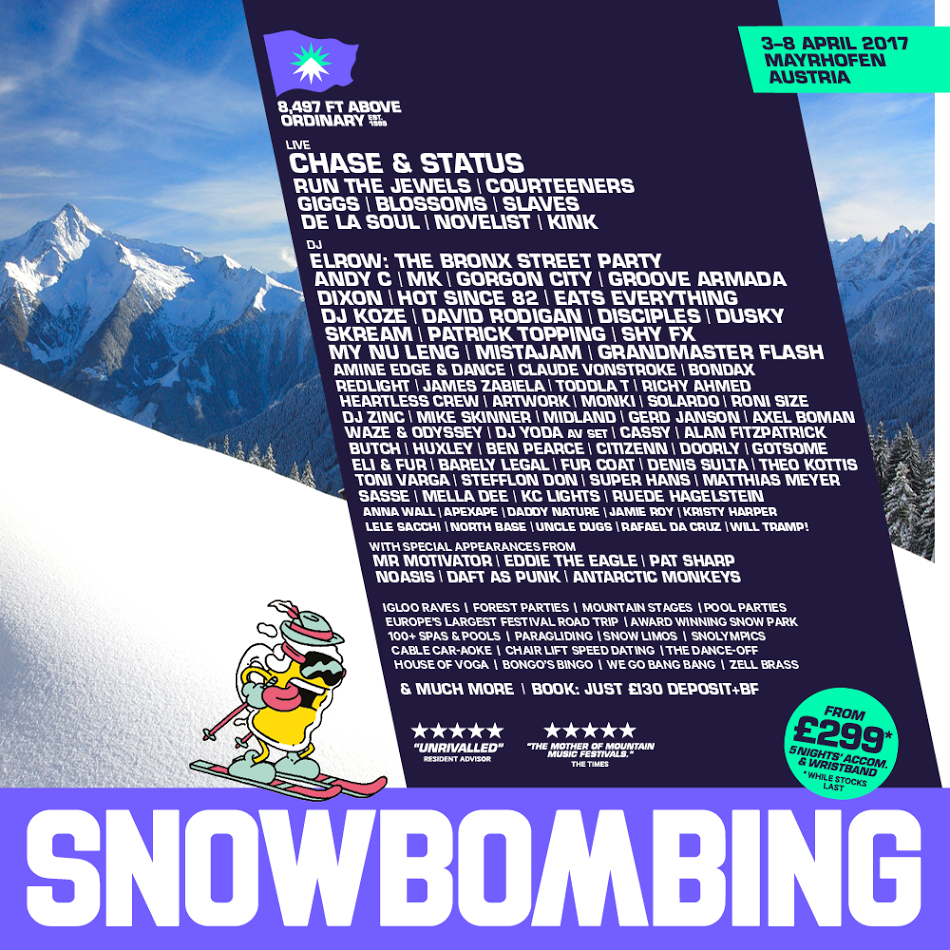 Snowbombing will take place from 3-8 April 2017 at the Mayrhofen ski resort in Austria. Find out more on our guide and book your tickets and packages here.