The suggestion that you might have a glass of wine while at a music festival is not exactly going to raise any eyebrows, long have the consumption of alcohol and watching live music gone hand in hand. Similarly, wine festivals have been around for literally hundreds of years, offering the chance to sample the wares of whichever country or region you might find yourself in.

But increasingly the two have become intertwined, with festival organisers looking to host fully fledged music festivals in vineyards, châteaux, bodegas and viticultural valleys, showcasing not just stellar lineups of live performers but also the produce of the festival's setting.

So from California to Burgundy, Australia to La Rioja, we've selected a handful of the best festivals combining two of life's great pleasures. The pick of the bunch, if you will.

A new addition to the festival scene in 2019, Wine & Music Valley more or less tells you everything you need to know in the name alone. There's wine. There's music. It's in a valley. But not just any wine/music/valley, some of Portugal's finest offerings are served up – both musical and viticultural – in the beautiful Douro Valley, close to Lamego in the country's north.

When it comes to talking about North American wine, there's nowhere more iconic and instantly recognisable than Napa Valley. One of the most popular destinations for wine tourism – or oenotourism/enotourism if you're feeling fancy – the Californian wine country doesn't need much help attracting visitors from across the globe. And yet, BottleRock is on hand each spring with a consistently star-studded lineup of performers just to make sure people keep coming back.

Not so much one festival as six, Wine Machine brings the party to wine regions across Australia. Each intimate event not only revels in the beauty of the verdant setting, as well as the wine produced there, but also acts as a showcase for diverse Australian musical talent.

Probably the most famous of all of Spain's wine-making regions, La Rioja has been home to vineyards since the days of the Ancient Romans. In modern Spanish culture, the product of the region still has an important role to play, so it's only right that the music at MUWI also comes from the rich and vibrant Spanish scene, with performances held in the bodegas where the wine is made and stored.

It's only right that France should have something to offer, it being home not just to some of the world's best wine but also some of Europe's oldest and best-loved music festivals. Rootstock takes place in the Burgundy region of eastern France, inviting a lineup of predominantly French/Francophone artists to perform in the grounds of the Château de Pommard – celebrating what the organisers call "the magic of music and wine".

At first glance, you'd probably have to say that Outside Lands leans more heavily towards the music side of things, what with the stacked lineup of international superstars. But the food and drink aspect certainly has a big role to play; in the 'Wine Lands' area of the festival there are no fewer than 125 different wines on offer, predominantly from California vineyards.

Another Aussie offering, and another that spreads itself across the enormous island with events in separate states. The formula is simple: great music, beautiful settings, top quality local wines – whether that's in the Hunter Valley of New South Wales, Western Australia's Swan Valley, or the Grapevine Estate situated just outside Melbourne. 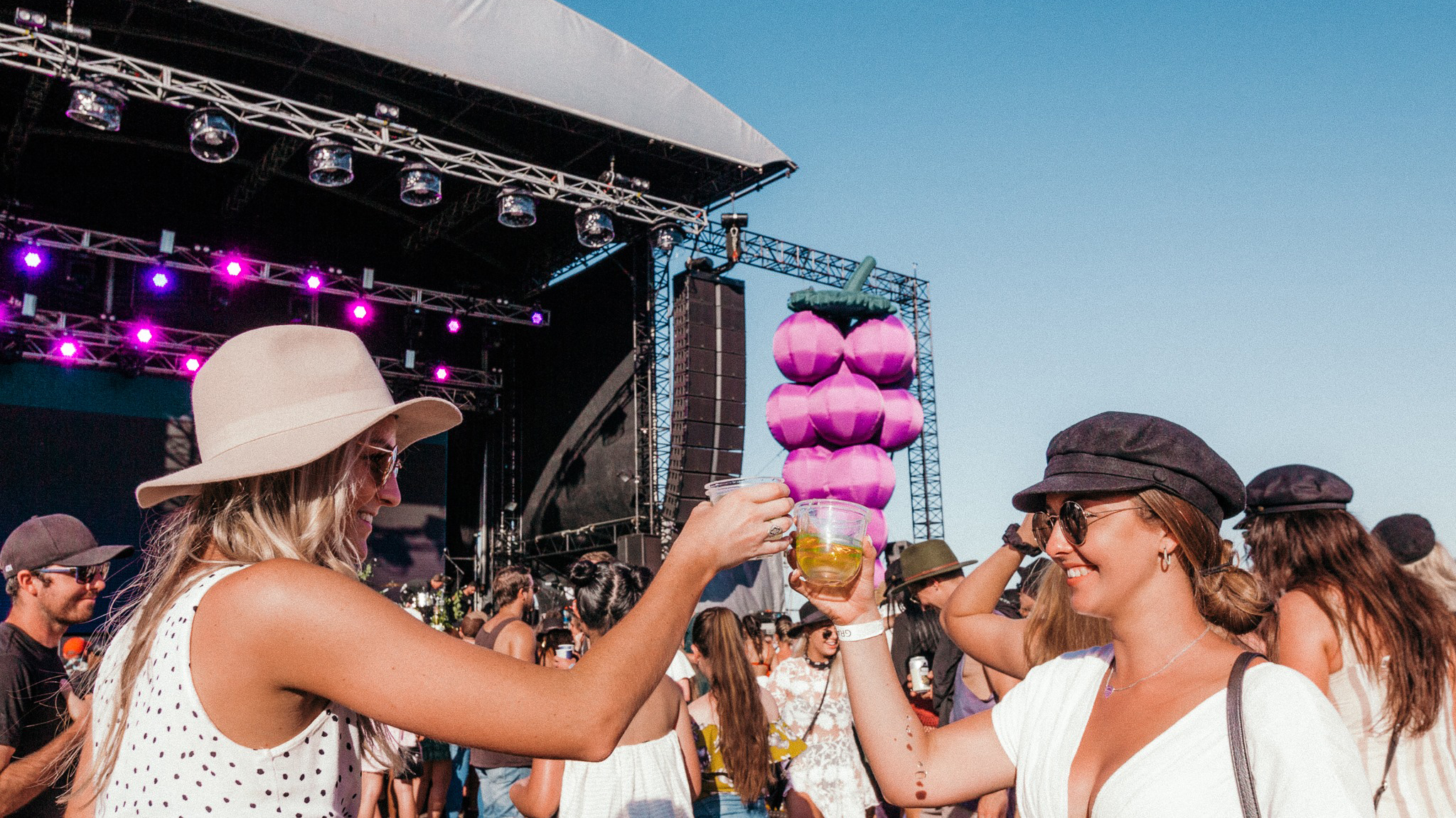