From the established headline grabbers like Tomorrowland and Creamfields, to the newer pretenders like Untold and Airbeat One, there is absolutely no shortage of festivals across the continent for fans of EDM, big-room house, trance and all manner of other dance music styles.

After much deliberation, we picked our ten favourites (in no particular order).

Still the one to beat after more than a decade in the game, the Belgian behemoth is the leading light for Europe’s electronic music festival scene. Famed for its awe-inspiring production, stage design, lighting, visuals and all-encompassing mythology, it has become something of a pilgrimage for dance music fans the world over.

Arguably the most recognisable global brand in electronic dance music, Ultra’s European satellite might not quite match the sheer scale of its American parent but it doesn’t pull any punches when it comes to line-up or commitment to partying.

Born out of Liverpool's club scene in the 1990s, the legendary festival is more-or-less in its own league in Britain in terms of size and scale. Phenomenal staging, consistently cutting-edge development and lineups packed with the biggest names in EDM, house, techno and more make the festival one of the best anywhere in the world. 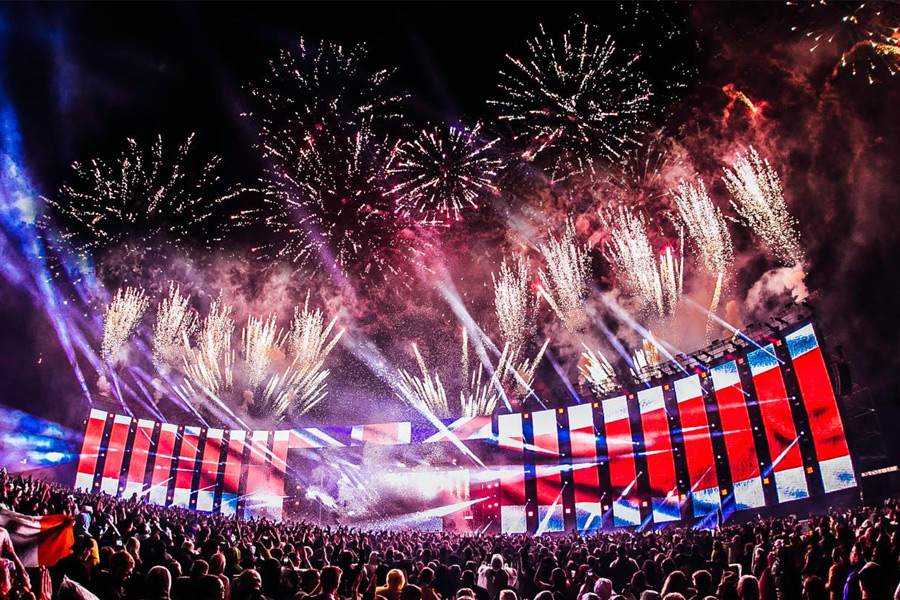 As the winner of the Best Major Festival at the European Festival Awards in 2015, the Romanian dance giant can already boast some real pedigree despite still being in its infancy; the festival has already welcomed a multitude of dance music's global stars, and around a quarter of a million fans each year.

Billed as the oldest dance music festival in the Netherlands, Mysteryland has now been delighting fans for more than 20 years. The festival is renowned for creating an eccentric and fantastical world with its inimitable staging, art installations and overall carnival atmosphere. And that's before you even get to the wealth of dance music talent that regularly takes to the iconic stages across the weekend.

Each year a theme determines the design of the gargantuan main stage and bombastic display of lights, lasers and pyrotechnics that compliment a lineup rammed with dance music royalty. Previously it has been Ancient Rome, the Incas and Asia, but 2019 will see the festival don the green, white and saffron stripes of India for a special Indian themed edition.

Taking place on the shores of central Europe's largest lake, Balaton Sound finds the balance between a beach-side holiday and full-throttle dance music festival. The scene's heaviest hitters take to the stage across full days of unapologetic partying, with additional space on the lineup for more underground electronic DJs and even superstars of rap and hip-hop.

With five editions under their belt, the BBF team have already made a name for themselves in the European scene with big branding and even bigger production. What's more, the lineup is unfailingly packed with the biggest names in dance music who turn the sands of Platja del Forum into Europe's biggest and best party destination for one weekend each July.

Despite not always being the headline grabber, Austria's biggest electronic music festival has developed a strong reputation in the five years since its first edition, and it is now regarded as one of Europe's go-to destinations for dance music fans. Alongside the EDM, big-room house and trance of its headliners, the program also includes DJs and producers from the worlds of hardstyle, dubstep and drum & bass across the four impressive stages.

Spread across three of the city's biggest venues – the ArenA, the Heineken Music Hall and the Ziggo Dome – Amsterdam Music Festival facilitates for over 100,000 dance music fans across the extended weekend. Filling the vast arenas are the sounds of dance music heroes and the sights of consistently cutting edge and spectacular visual production.